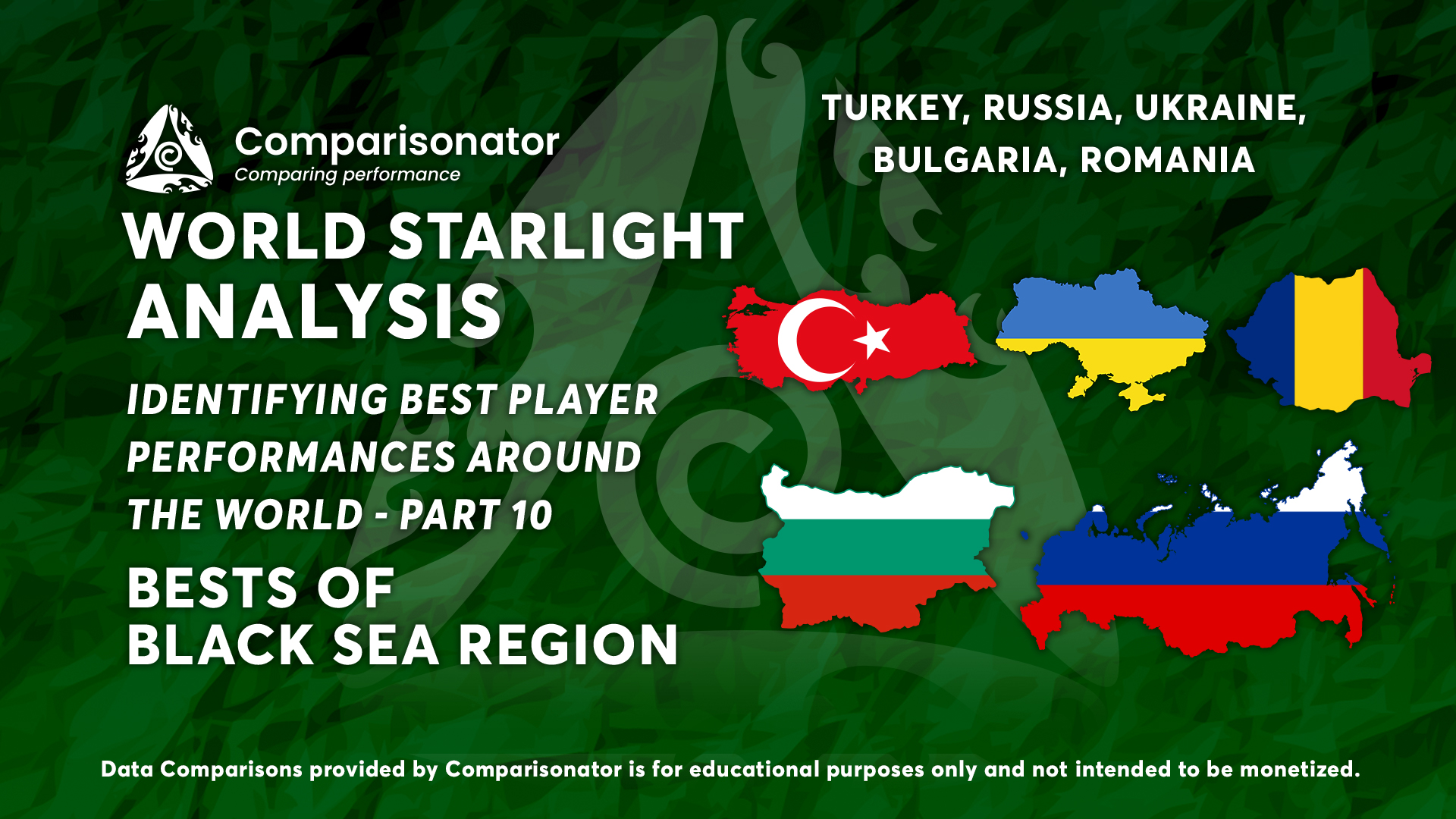 Comparisonator platform’s worldwide scouting analysis is continuing to identify the best player performances around the world with ninth chapter; BESTS OF BLACK SEA REGION. “Comparisonator World Starlight Analysis” covers 55 countries, divided into 14 regions. Regions and countries which have close ties to each other and within the same geography are specifically defined and selected.

The unique scouting study’s each chapter is analysing in 2 parts. In the first analysis, the best players of the region in each position is determined; Gold, Silver and Bronze 11s and in the second part, the performances of the top 5 players in each position is selecting & publishing in 3 different categories: Best Forwards, Best Midfielders and Best Defenders. “Comparisonator World Starlight Analysis” 9th chapter, Black Sea Region study covering Russia, Turkey, Ukraine, Bulgaria and Romania.

Best players provided from each leagues to the gold, silver and bronze best 11’s of Black Sea Region Leagues:

Not everyone is in the ideal 11, but... The bonus rule in the Mozzart Bet Super League is set at 21, but in the world you are still considered a young player when you are 23 years old. Although in Serbia it is often said that it is already too late for a major...

END_OF_DOCUMENT_TOKEN_TO_BE_REPLACED

Everton captain Seamus Coleman is set to be recalled after Nathan Patterson's injury but how do the pair's respective numbers compare? With Everton confirming that Nathan Patterson is facing over a month on the sidelines, Frank Lampard could turn to the...

END_OF_DOCUMENT_TOKEN_TO_BE_REPLACED

Olympiacos signs an “equal” to Vatslik

Vassilis Sambrakos compares last year's performance of Alexandros Paschalakis with that of the Czech goalkeeper in Superleague 2022 Since it did not come as a surprise to all of us, who observe the life of Greek professional football, apparently the interest of...