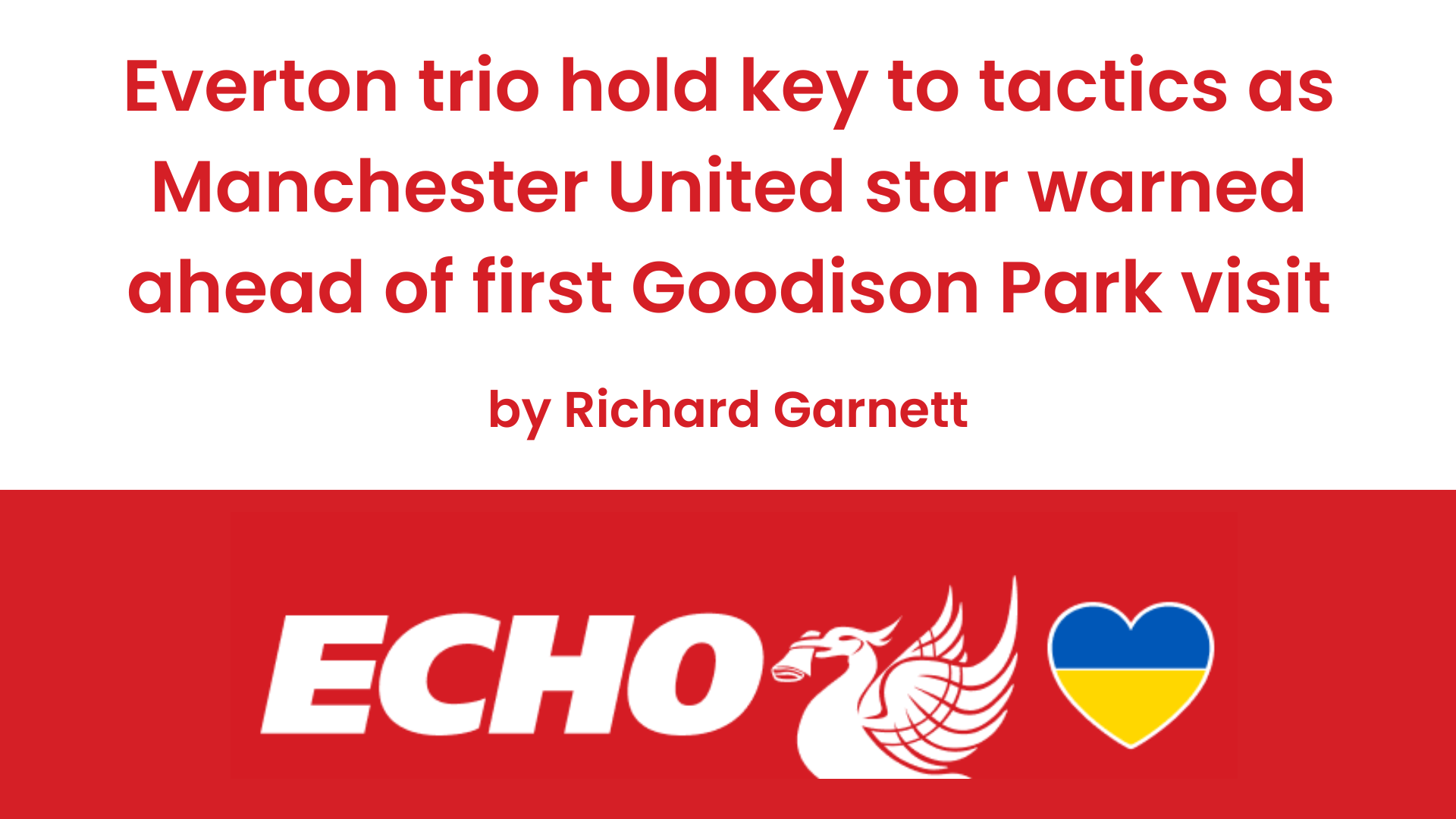 The last time Everton and Manchester United met at Goodison Park, Anthony Gordon’s deflected goal ensured the hosts were first past the post on Grand National Day but how might the Blues try and go about trying to overcome the Red Devils this time? Some of Everton’s famous Goodison triumphs over Manchester United in the Premier League era have come through the effective deployment of a player who was aerially dominant.

Duncan Ferguson nodded in Gwladys Street winners over 10 years apart while Marouane Fellaini – who would later make the switch to Old Trafford – repeated the trick in the club’s opening fixture of the 2012/13 season, which would prove to be manager David Moyes’ last before he too moved down the East Lancs Road. Many Evertonians would probably love to have Dominic Calvert-Lewin fit and firing to attempt a repeat of the kind of goal he grabbed at the same end against Crystal Palace in May to secure the Blues’ top flight status, especially with United centre-back Lisandro Martinez being less than 5ft 9in tall but the centre-forward still hasn’t kicked a ball this term.

READ MORE: Everton should have no fear after remarkable six months since Manchester United win

Gordon, the match-winner last time out, will be vying with the likes of Demarai Gray and Dwight McNeil – whose goal secured Everton’s 2-1 victory at Southampton in their previous match – for a place in the starting line-up having started on the bench at St Mary’s after suffering from illness so it remains unclear just who Frank Lampard’s wide options will be. This encounter could well be won or lost in the engine room with figures compiled by Comparisonator showing that the two sides’ respective midfields offer an intriguing contrast in styles.

Manchester United winger Antony has been warned of a ‘really tough’ game by his teammates when they come to Everton this weekend.

The Blues host Erik ten Hag’s side at the unusual time of 7pm on Sunday – see why here – looking to make it three consecutive wins for the first time since September 2021. Frank Lampard’s side beat West Ham United 1-0 at Goodison Park before the international break and carried the momentum through to last weekend’s 2-1 win at Southampton, providing the points to back a strong start to the season.

On Sunday, they host a United side full of attacking talent – inclusive of Antony, who signed for £84million in the summer – but one that is still licking the wounds from last weekend’s 6-3 hammering at Manchester City, with hat-tricks from both Erling Haaland and Phil Foden.

And in Goodison on Sunday they come to a place of little recent success, having won just one of their last four Premier League trips. Last season’s 1-0 Toffees win, courtesy of Anthony Gordon’s – the original Anthony – deflected effort, set the wheels in motion for a survival push on Merseyside, and those who remain at Manchester United from that evening are under no illusions about the task at hand – as they have told their new Brazilian teammate.