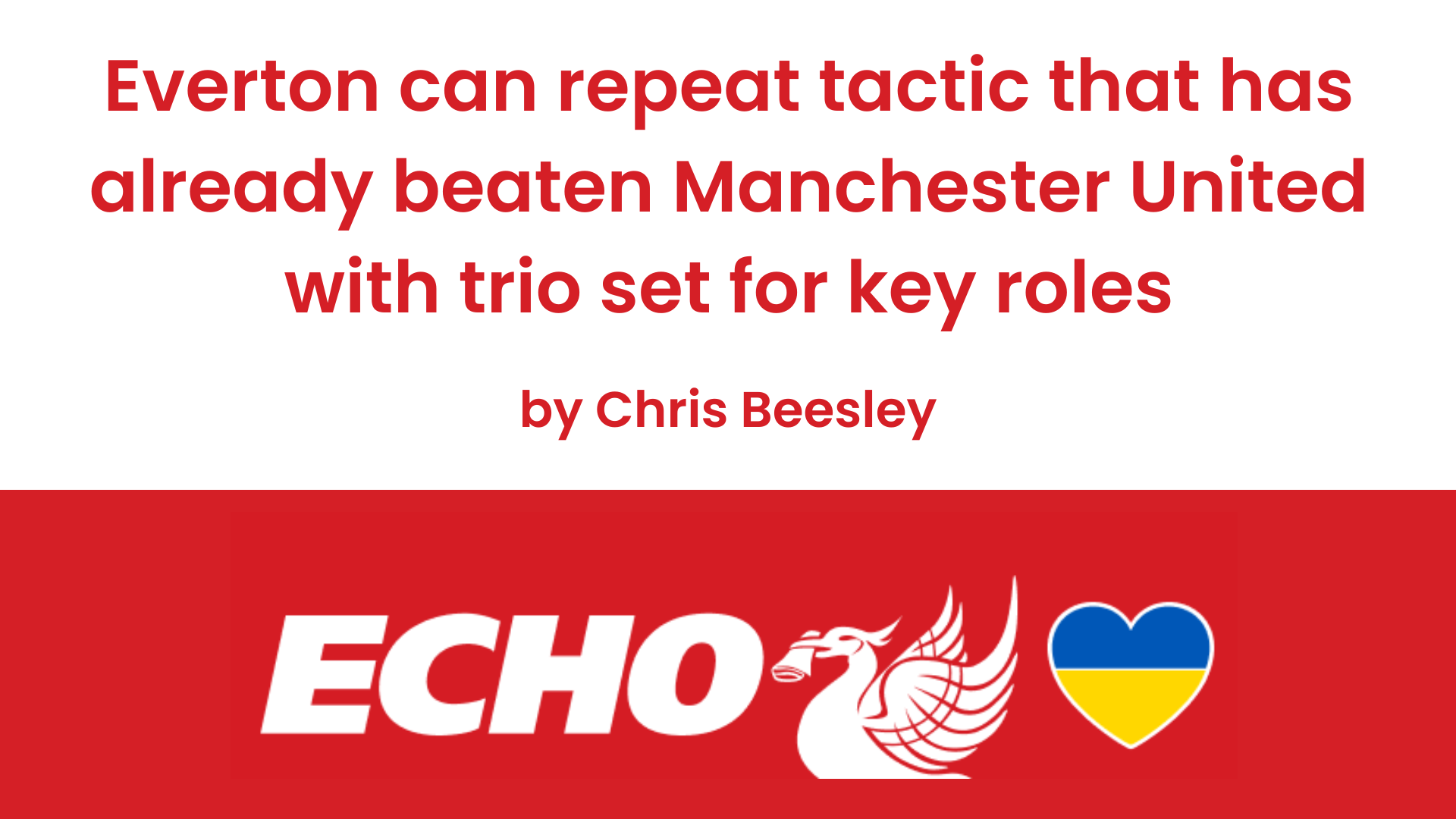 A look at the different roles Idrissa Gueye, Amadou Onana and Alex Iwobi could play in what could prove to be a key midfield battle for Everton against Manchester United

The last time Everton and Manchester United met at Goodison Park, Anthony Gordon’s deflected goal ensured the hosts were first past the post on Grand National Day but how might the Blues try and go about trying to overcome the Red Devils this time? Some of Everton’s famous Goodison triumphs over Manchester United in the Premier League era have come through the effective deployment of a player who was aerially dominant.

Duncan Ferguson nodded in Gwladys Street winners over 10 years apart while Marouane Fellaini – who would later make the switch to Old Trafford – repeated the trick in the club’s opening fixture of the 2012/13 season, which would prove to be manager David Moyes’ last before he too moved down the East Lancs Road. Many Evertonians would probably love to have Dominic Calvert-Lewin fit and firing to attempt a repeat of the kind of goal he grabbed at the same end against Crystal Palace in May to secure the Blues’ top flight status, especially with United centre-back Lisandro Martinez being less than 5ft 9in tall but the centre-forward still hasn’t kicked a ball this term.

Gordon, the match-winner last time out, will be vying with the likes of Demarai Gray and Dwight McNeil – whose goal secured Everton’s 2-1 victory at Southampton in their previous match – for a place in the starting line-up having started on the bench at St Mary’s after suffering from illness so it remains unclear just who Frank Lampard’s wide options will be. This encounter could well be won or lost in the engine room with figures compiled by Comparisonator showing that the two sides’ respective midfields offer an intriguing contrast in styles.

ROYAL BLUE: Everton should have no fear after remarkable six months since Manchester United win

Nominally, both could be said to be fielding a midfield trio of late but their personnel is somewhat different. In terms of the holding role and providing a shield in front of the back four, Everton have brought back the diminutive but energetic Idrissa Gueye from Paris Saint-Germain for a second spell at the club whereas 6ft 4in Scott McTominay occupies that area for United.

Although the Scotland international has been showing more going forward in that he has made more dribbles per game (2.83 to 1.17) and successful attacking actions (2.36 to 1.17), the Senegal man dominates for both defensive and passing parameters. Gueye has the edge for ball recoveries (7.43 to 6.14); interceptions (8.61 to 6.61) and successful defensive actions (18 to 14).

The Everton player has been averaging more successful passes (44.22 to 26.91); received passes (32.87 to 24.23) and passes to the final third (9 to 8.81), although after just three appearances, he is yet to make any successful key passes unlike McTominay’s 0.31. In terms of the two sides’ high-profile summer signings in midfield, Amadou Onana and Christian Eriksen are seemingly much further apart in their approach.

Defensively, while the 30-year-old has made more interceptions (4.28 to 3.76), the 21-year-old is head and shoulders above him in terms of successful defensive actions (11.63 to 6.63). Onana also sweeps the board in one-on-one battles, leading Eriksen for aerial duels won (3.4 to 0.69); defensive duels won (4.83 to 1.79) and offensive duels won (6.08 to 1.66), categories in which he’s ranked first; second (behind Ruben Loftus-Cheek) and first in respectively among central midfielders in the Premier League.

Finally there are the two sides’ most-advanced midfielders, Alex Iwobi and Bruno Fernandes. Like with Eriksen and Onana, the Manchester United man dominates the passing parameters with slightly more successful passes (33.68 to 33.28); more key passes (2.29 to 0.79) and passes to the final third (21.29 to 13.58) with the Everton player only having the edge on successful crosses (0.45 to 0.4). Offensively, they each have the edge in different areas with the Portuguese international getting in more shots on target (0.81 to 0.11) and successful attacking actions (2.56 to 2.38) but the Nigerian tops him for assists (0.34 to 0.13) and successful dribbles (1.81 to 1.35).

There are also varying areas of strength among their defensive parameters with Iwobi carrying out more successful defensive actions (8.04 to 7.01) and being more efficient in retaining possession with 4.3 ball losses to 7.28 but Fernandes averages more interceptions (4.31 to 3.28) and slightly more ball recoveries (2.69 to 2.6). Overall, the two midfields display somewhat different approaches without either appearing to have a clear advantage which could make for an intriguing contest.

All of Everton’s Premier League games have been close so far this season with half of their eight fixtures ending in draws and then a couple of single goal defeats and single goal victories while in contrast, United have been thrashed 4-0 at Brentford and 6-3 at neighbours City last time out with one of their victories (3-1) against Arsenal coming by a two-goal margin. Perhaps keeping things tight again could be the best strategy for Lampard’s side with the hope that a passionate Goodison crowd under the lights could see them over the line again and while there’s not a lot of goals in that midfield, perhaps one of that trio might even end up being an unlikely hero?