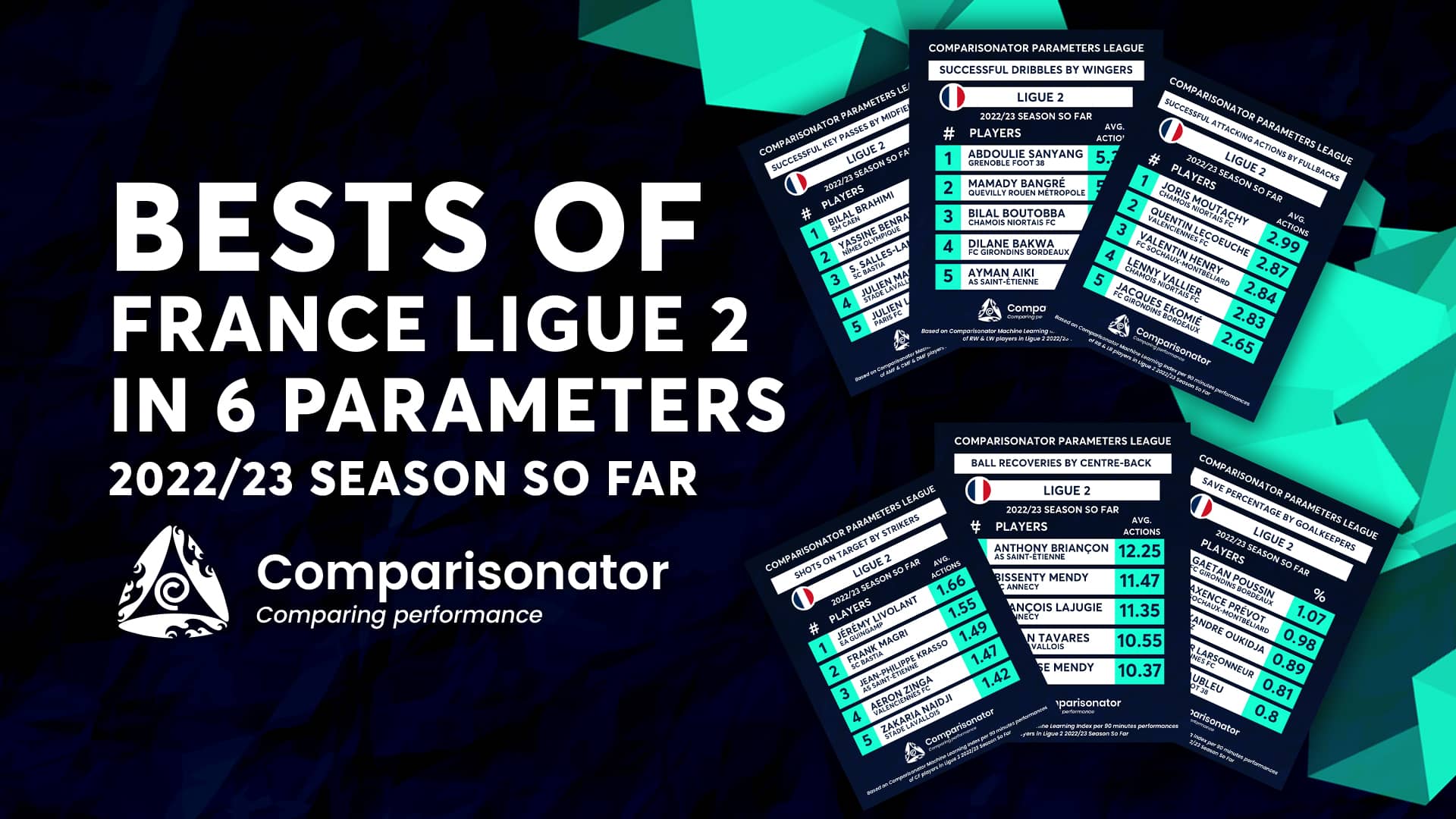 The Comparisonator team analysed the best players in selected parameters of the France Ligue 2 in the 2022/23 Season So Far.

In the Saves Percentage parameter by Goalkeepers, Gaetan Poussin is in the first place with a Save Percentage of 88%. He is followed by Maxence Prévot (86%) from FC Sochaux-Montbéliard and Alexandre Oukidja (83%) from FC Metz.

Joris Moutachy from Chamois Niortais FC is the best in the league in this parameter by Fullbacks, with 2.99 Successful Attacking Actions per 90 minutes. Quentin Lecoeuche (2.87) from Valenciennes FC is in second place and Valentin Henry (2.84) from FC Sochaux-Montbéliard is in third place.

Bilal Brahimi is the best player in the league in this parameter by Midfielders, with 1.73 Successful Key Passes per 90 minutes. Nîmes Olympique’s Yassine Benrahou (1.11) is in 2nd place, while Sébastien Salles-Lamonge from SC Bastia (1.03) is in 3rd place.

Successful Dribbles parameter by Wingers, Abdoulie Sanyang is in the first place with a stat of 5.37 per 90 min. He is followed by Mamady Bangré (5.27) from Quevilly Rouen Métropole and Bilal Boutobba (4.88) from Chamois Niortais FC.

Shots on Target parameter by Strikers, Jérémy Livolant is in the first place with a stat of 1.66 per 90 min. He is followed by Frank Magri (1.55) from SC Bastia and Jean-Philippe Krasso (1.49) from AS Saint-Étienne.