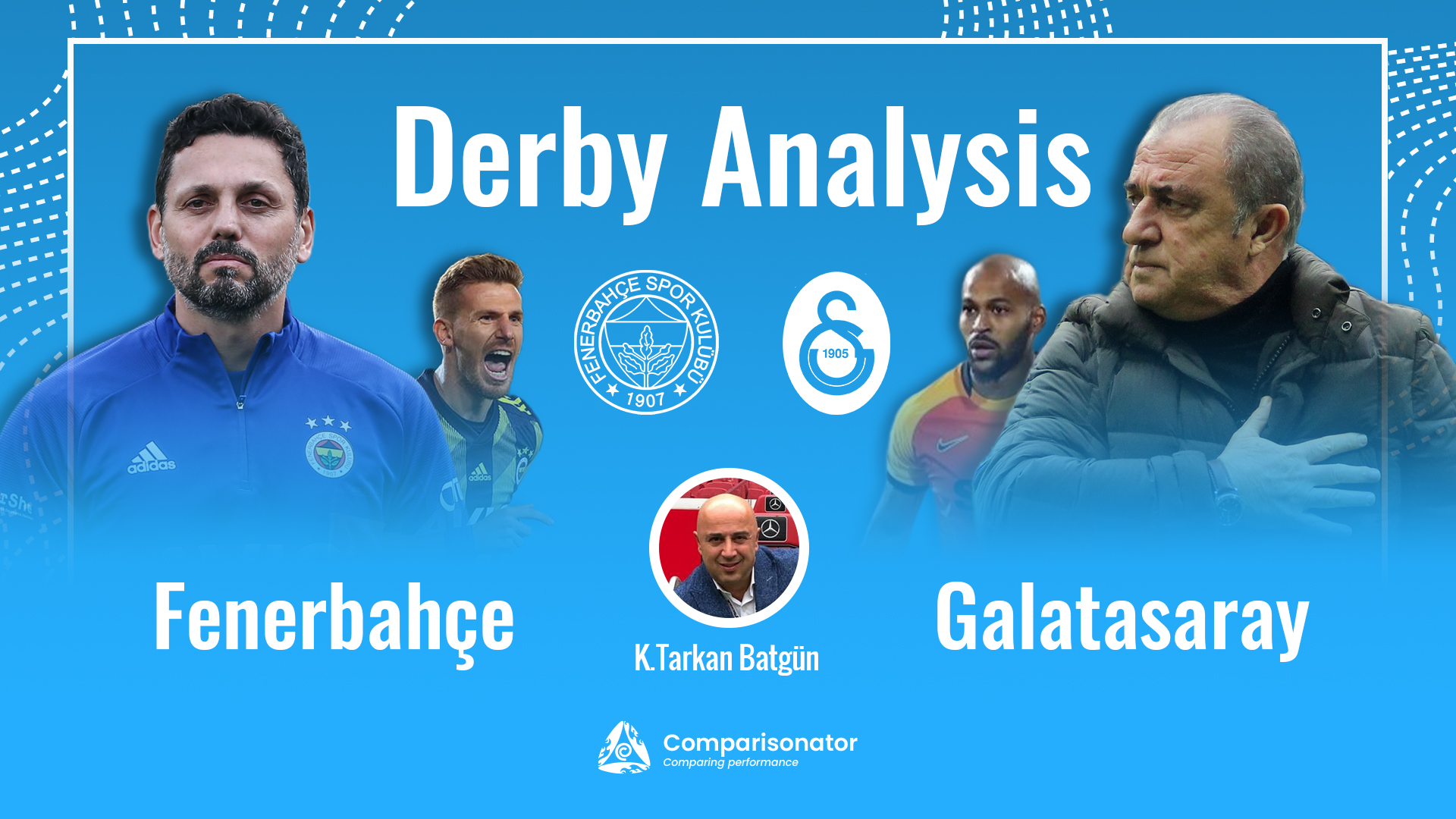 If Terim plays the game as he usually does, If he plays similar to what he played so far this season, Gala has the better chance to win. If someone should change the game style, that should be made by Fenerbahce Head Coach Erol Bulut. How close is Bulut to change his usual tactics? If Bulut makes the right moves & tactical changes, then the game might turn to Yellow Canaries. We interpreted the visuals coming from the Comparisonator tool..

We have to travel through the future in order to guess the winner of any derby game. We all saw the most glorious times of Galatasaray losing to Canaries and witnessed the best times of Fenerbahçe losing to Cimbom. Nowadays the numbers are of great importance in match analysis. All teams have analysis departments. Of course, the matches are won on the field, but the advancement of mathematics combined with technology, and the discovery of the data industry by football teams have created a brand new virtual game field that has no horizons. Due to Covid crises teams are forced to keep budgets in tact. The squads are not as wide. If the performance of teams are 50% vs 50%, you get the draw. 51% performance wins matches. That vital 1% is the game changer. And I believe that comes from the data comparison tools. We conducted analysis using Comparisonator platform and tried to open a new perspective to you by using simple science.

The most outstanding feature of Fenerbahçe in offence is the dominance in the air duels. Canaries scored 9 goals by headshots. But Galatasaray has an undisputed superiority in defensive air duels. Galatasaray’s’ 25 goals were scored within the penalty area where this is the area Fenerbahçe is most troubled. They conceded 17 goals in this deadly zone. In other words, if the tactical game remains the same, Galatasaray will be close to the victory and dominate the game. On the other side, Erol Bulut might try to take advantage of individual weaknesses of Galas’ defensive players and if he brings the ball to the ground rather than utilising airborne winger attacks in the offence, the pointer can turn to his side.

Lions are superior in this creative area. They stand out especially in carrying the ball to the opposition 3rd combining attacks with “Key Passes” and “Smart Passes” which symbolise creativity in the game. However, If Head Coach Bulut plays the more direct game with successful long passes made over the relatively slower Gala defence line, Fenerbahçe might stand out in this comparison.

A very similar comparison in both teams. Although Galatasaray appears to be ahead in the general perspective with a slight difference, the air dominance in the offensive area is in favour of Fenerbahçe. Fenerbahce is the league leader in expected goals with “2 goals” per game. Galatasaray has numerical superiority in dribbling.

Fenerbahçe looks more solid in the defensive game. Despite conceding more goals, their successful defensive actions are better in detail. They are superior to Galatasaray in total ball gains and especially in gaining ball in the opponent’s half, and they lose fewer balls in their own half.

Fenerbahce defender’s softest area is their own back yard. Fenerbahçe defenders conceded 6 goals from the high balls coming from the wing attacks, 4 goals from the balls that fell into the danger zone from behind the defence. 17 of the 24 goals that were conceded occurred within the penalty area.

Box crosses into Gala defence line; forcing Gala with fast counter-attacks could be the key to score. Gala defence is also vulnerable in Long Shots. The canaries scored 9 goals with headers. However Gala did not even concede a single goal in the air. Tactical change may be required.

The biggest problem of Gala defenders is the low height box-crosses. They conceded 3 goals from box crosses, 3 from individual mistakes and 3 goals from counter-attacks.

The most important weakness in Fener is the high crosses on the penalty area. Cimbom’s best comes from this particular offensive attacking options. Onyekuru returning to Istanbul like a storm might cause an upset especially balls over the back of defenders in fast-moving situations. Gala scored 34 goals within the penalty area from 46 which is the most troubling area of Fener.

Aziz’s’ air superiority is undisputed. Serdar excels defensively in the ground duels won. However, Marcao brings the ball to the 3rd more, carrying the pass distribution channel as an almost equal weight to No.6. But entire defence line goes out for the wing-back attacks, Marcao’s left and right backs usually cannot go back to defence line on time which causes a lot of trouble to Gala defence. Let’s see what Terim role for Marcao in this delicate game. 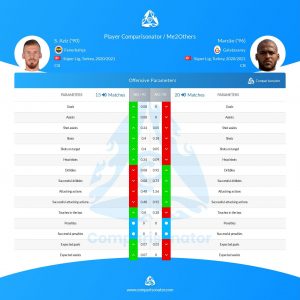 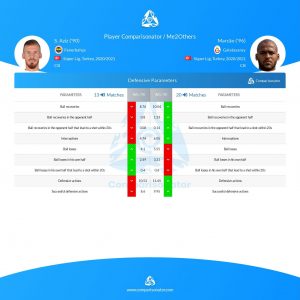 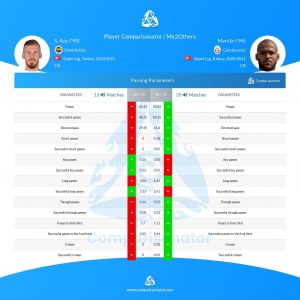 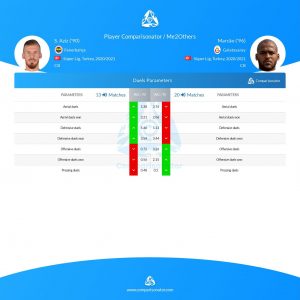