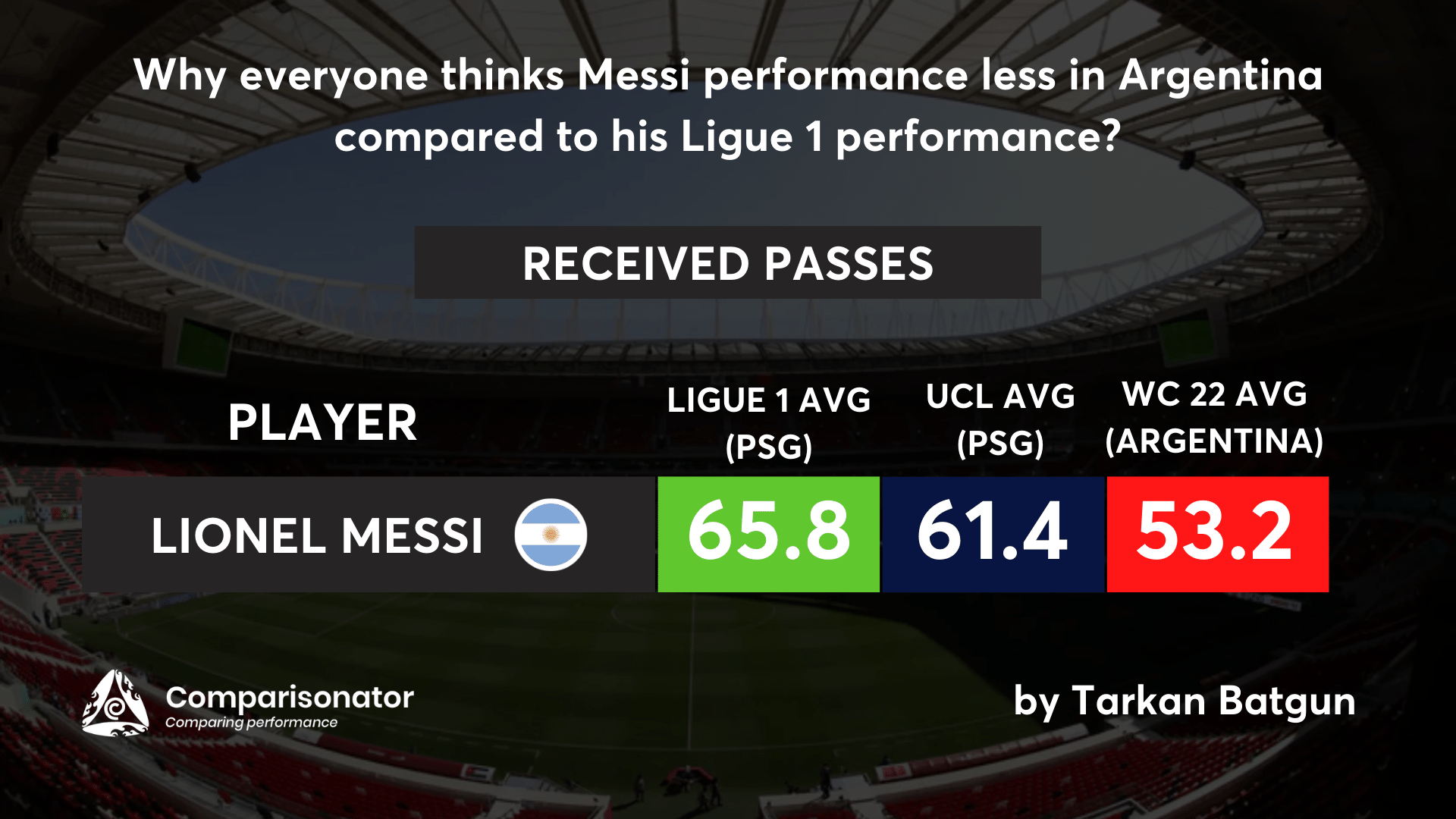 Comparisonator » Blog » Why everyone thinks Messi performs less in Argentina compared to his Ligue 1 performance?

The answer is very simple. Messi gets fewer passes from his teammates in Argentina National team compared to his domestic competition in Paris St Germain and UEFA Championship games.

The graphics on the cover page shows all the comparisons covering his domestic league, UEFA competitions, and his current Argentina National Team performance side by side.

He is the maestro of the opposition, third in domestic and UEFA games with Paris. But it is fairly different in Argentina National team. He comes back, collects balls, drives the ball to the third, and expects balls when he gets to the box. When he gets the ball around the box, he kills it. Indeed, besides the artificial intelligence within the Comparisonator platform, eyes can also see this. Let’s have a look at the actual numbers which prove this:

That makes 19% less passes in the national team.

How does this less pass ratio affect his performance? Let’s see the comparisonator ai calculations:

Imagine if he receives the same amount of balls as in his team in France from his Argentinian teammates? I will leave that to your imagination.