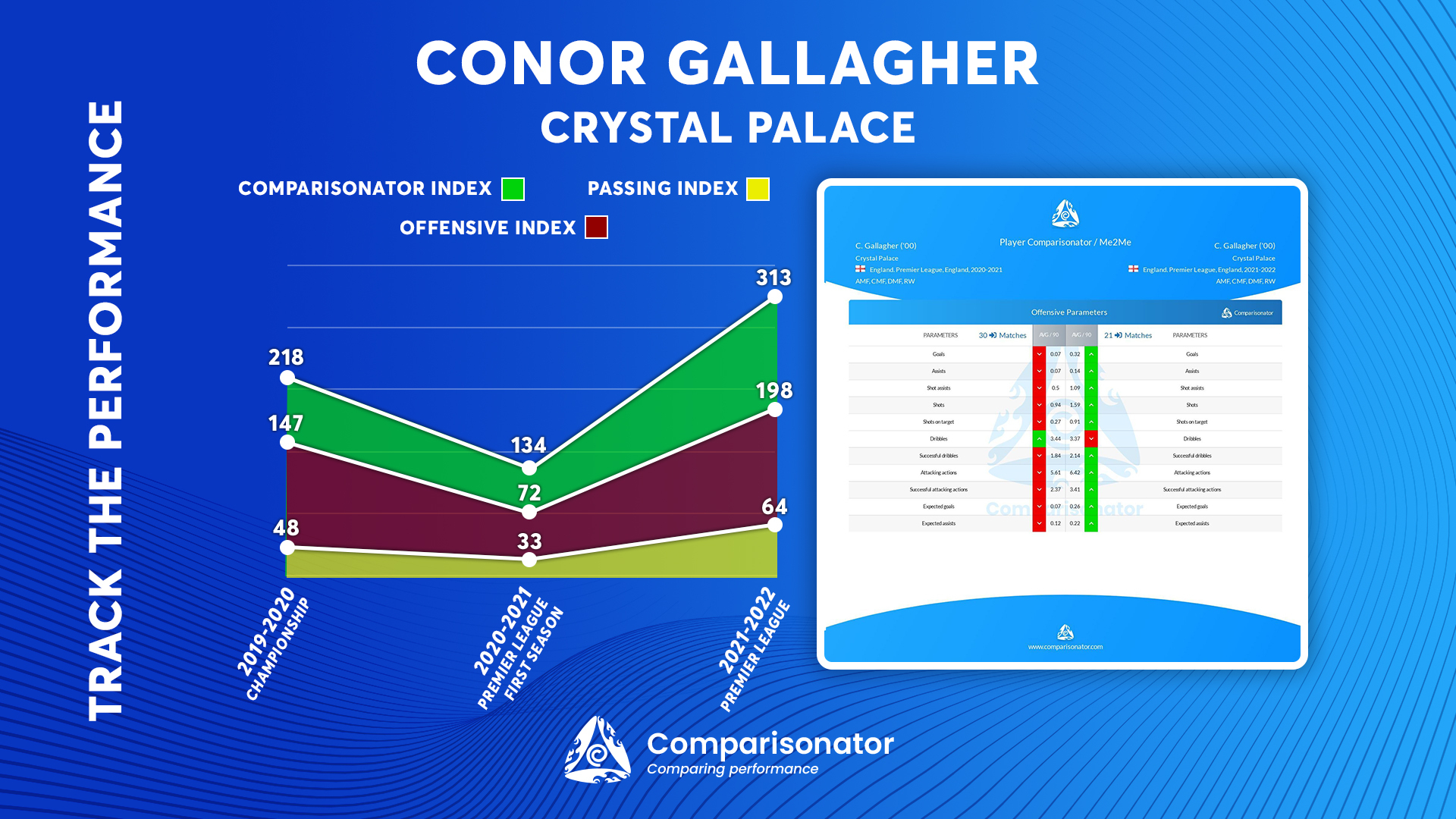 Gallagher remarked our team’s attention when he was selected to Bronze XI of Top 5 Big Leagues in our previous Comparisonator World Starlight Analysis. Gallagher showed an interesting performance in Crystal Palace with his 2021-2022 season performance. Rumours said that Gallagher is going back to Chelsea, due to apparent decision from manager Thomas Tuchel.  He had his first cap to England National Team in 2021.

THE PROCESS OF THE STUDY:

Gallagher’s performance is tracked by his last 3 seasons in Comparisonator Index parameters.

Gallagher played at Swansea City in Championship in 2019-2020 season.

In 2021-22 season, Gallagher has attracted football community with his Crystal Palace performance.

The left-hand graphic indicates the changes of Gallaghers parameters in offensive, passing and total index.

To indicate players’ performance in detail, we used the Comparisonator Me2Me feature and compared Conor Gallagher’s offensive parameter changes in the last 2 seasons.