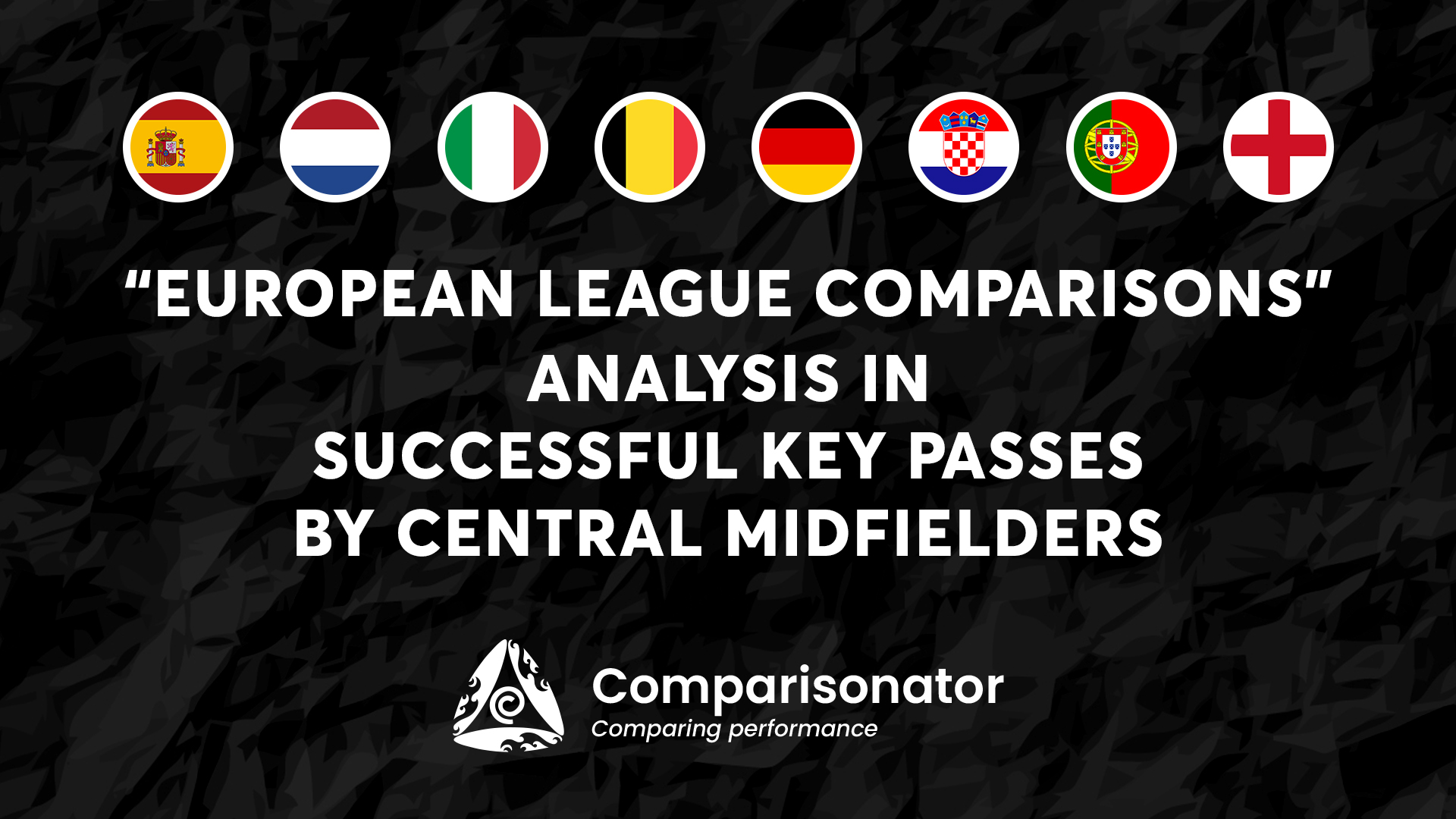 Belgium Jupiler League is leader in this study with 0.51 average successful key passes per 90 minutes. Croatian 1. HNL is second with 0.39 per 90 min and German Bundesliga is third with 0.38 average.

Portugal Liga and English Premier League are very close to top 3, while Italy Serie A is 5th

THE PROCESS OF THE STUDY:

Comparisonator Viewpoint feature illustrates last played game vs players’ own league average vs leagues’ average in a selected parameter with a particular position.

In this context, black column represents selected leagues’ central-midfielders average. This average point has been taken out as a reference point to define the level in successful key passes for CMF’s.

After this process, each average has been compared with all leagues.

In order to idetify player levels in different parameters on a weekly basis, the platform allows immidiate comparisons.

In order to explain the process better, we selected Stef Peeters from AS Eupen who is the leader of successful key passes parameter in Belgium Jupiler League.

Comparisonator Viewpoint feature allows users to analyse selected players’/teams’ weekly performance against their own average performance vs others.

Players’ & teams’ performance flactuations are seen in seconds. Reports can be shared instantly.