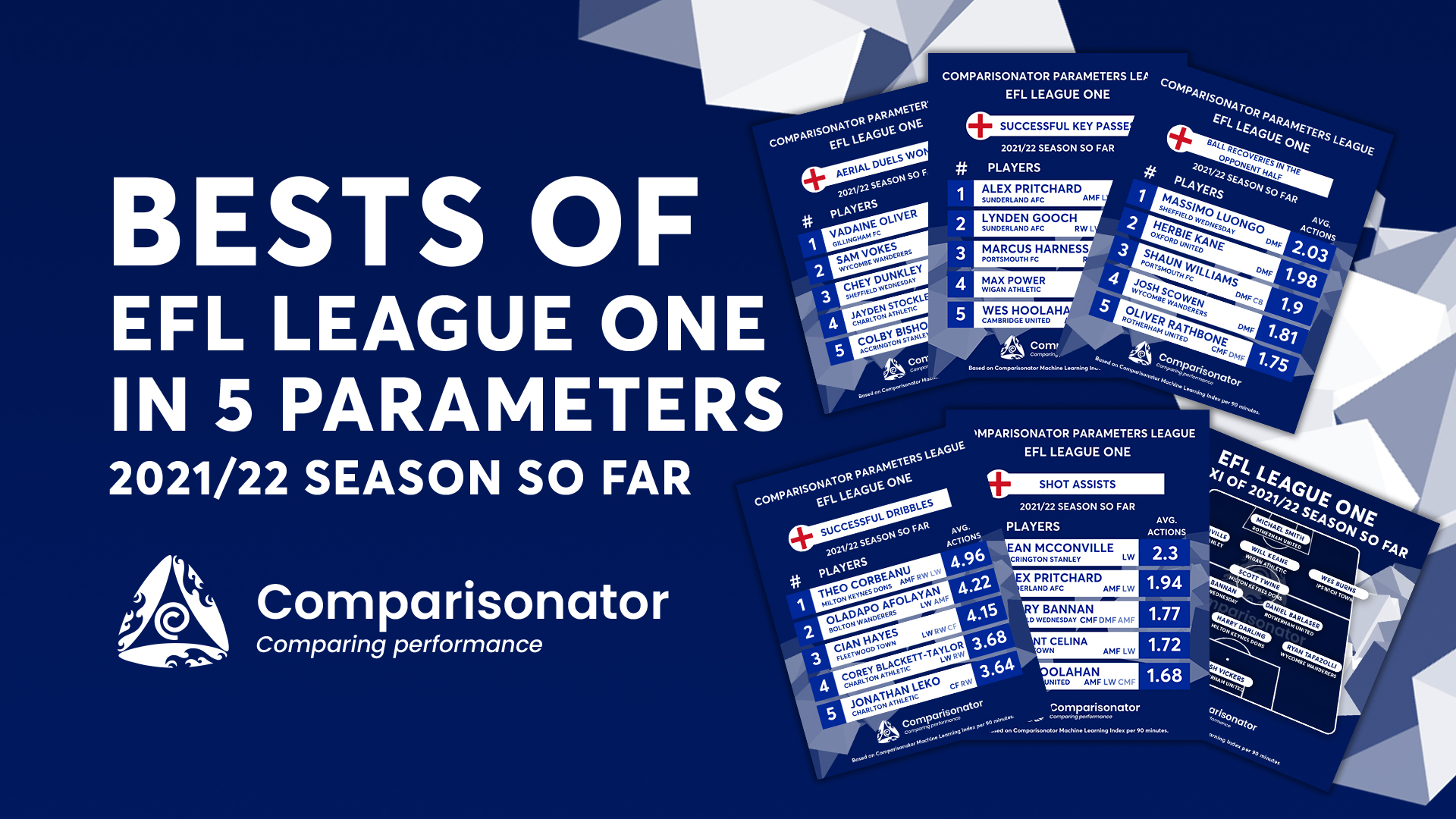 The Comparisonator team analysed the best players in selected parameters & Best XI of the EFL League One in the 2021/22 Season So Far.
The best 5 players ranked in the selected parameters based on the matches played so far this season. These players ranked according to their per 90 min averages. In this analysis, the Comparisonator team used the Parameters League feature of the Platform.
Best XI of EFL League One is based on Comparisonator Machine Learning Index.
Please note that all numbers are per 90 min data from the 2021/22 Season So Far.

In the Ball Recoveries in the Opponent Half parameter, Massimo Luongo is in the first place with a stat of 2.03 per 90 min. He is followed by Herbie Kane (1.98) from Oxford United and Shaun Williams (1.9) from Portsmouth FC.

In the Shot Assist parameter, Sean McConville from Accrington Stanley is leading with 2.3 per 90 minutes. Alex Pritchard are second with 1.94 Shot Assists per 90 minutes and Barry Bannan (1.77) from Sheffield Wednesday is in third place.

Vadaine Oliver from Gillingham FC is the best in the league in this parameter, with 13.1 Aerial Duels Won per 90 minutes. Sam Vokes (13) from Wycombe Wanderers is in second place and Chey Dunkley (11.3) from Sheffield Wednesday is in third place.

Theo Corbeanu is the best player in the league in this parameter, with 4.96 Successful Dribbles per 90 minutes. Bolton Wanderers’ Oladapo Afolayan (4.22) is in 2nd place, while Cian Hayes from Fleetwood Town (4.15) is in 3rd place.

In the Successful Key Passes parameter, Alex Pritchard is in the first place with a stat of 0.97 per 90 min. He is followed by Lynden Gooch (0.88) from Sunderland AFC and Marcus Harness (0.87) from Portsmouth FC.