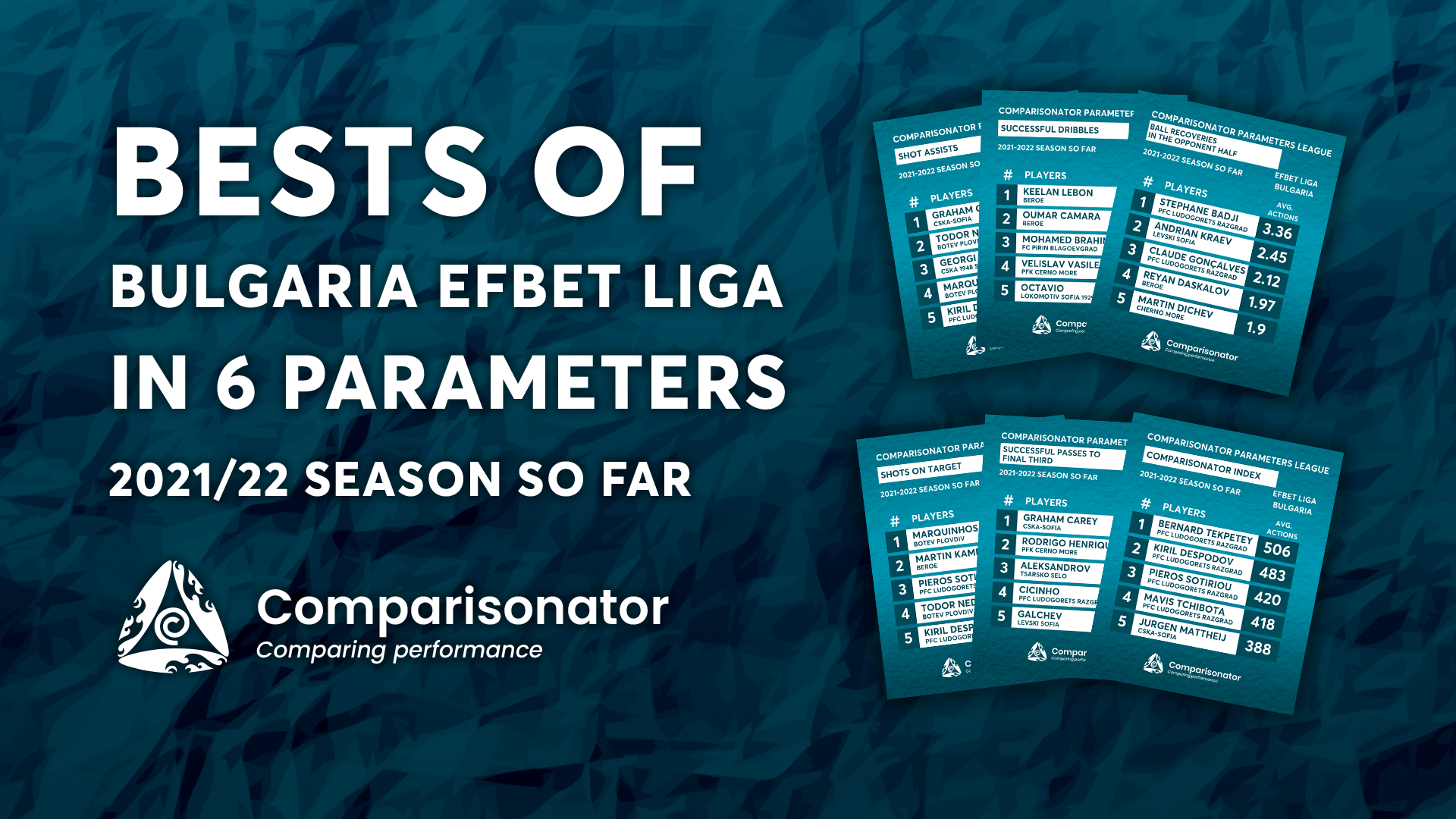 Comparisonator team analyzed the best players in selected parameters with their performances in the Bulgaria efbet Liga in 2021/22 Season so far.

In this analysis, the best 5 players in the selected parameters based on the matches played so far this season in Bulgaria efbet Liga with the Parameters League feature of the Comparisonator. These players ranked according to their per 90 min. averages on selected parameters.

In the “Comparisonator INDEX Points” analysis, which is calculated according to the statistical performance of the players this season; Bernard Tekpetey from PFC Ludogorets Razgrad, became the best player in the league with 506 points per 90 minutes.

Marquinhos (Jose Marcos Costa Martins) from Botev Plovdiv is the best in the league in this parameter, with 1.75 Shots on target per 90 minutes. Martin Andreev Kamburov (1.65) from Beroe is in second place, and Sotiriou (1.47) from PFC Ludogorets Razgrad is in third place.

In the Successful Dribbles parameter, Keelan Lebon is in the first place with a stat of 6.23 per 90 min. He is followed by Camara (5.45) from Beroe and Brahimi (5.41) from FC Pirin Blagoevgrad.

Graham Carey is the best player in the league in this parameter, with 17.64  Successful Passes to Final Third per 90 minutes. PFK Cerno More’s Rodrigo Henrique (17.63) is in 2nd place, while Aleksandar Emilov Aleksandrov (16.82) is in 3rd place.