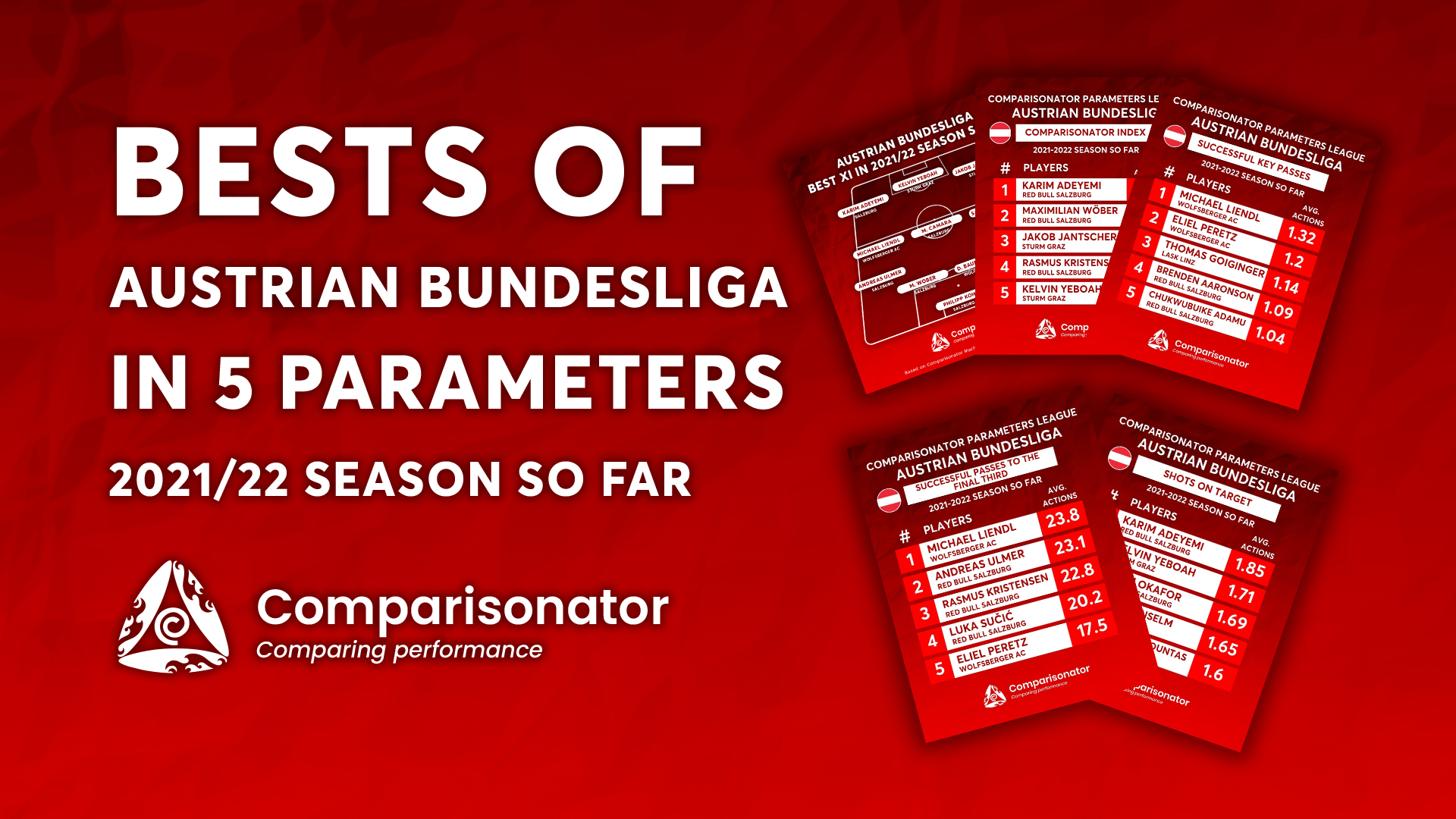 The Comparisonator team analysed the best players in selected parameters & Best XI of the Austrian Bundesliga in the 2021/22 Season so far.
The best 5 players ranked in the selected parameters based on the matches played so far this season. These players ranked according to their per 90 min averages. In this analysis, the Comparisonator team used the Parameters League feature of the Platform.
Best XI of Austrian Bundesliga is based on Comparisonator Machine Learning Index.
Please note that all numbers are per 90 min data from the 2021-22 season so far.

In the “Comparisonator INDEX Points” analysis, which is calculated according to the statistical performance of the players this season; Karim Adeyemi from Red Bull Salzburg became the best player in the league with 526 points per 90 minutes.

Michael Liendl is the best player in the league in this parameter, with 23.8  Successful Passes to Final Third per 90 minutes. Red Bull Salzburg’s Andreas Ulmer (23.1) is in 2nd place, while Rasmus Kristensen from Red Bull Salzburg (22.8) is in 3rd place.

In the Successful Key Passes parameter, Michael Liendl is in the first place with a stat of 1.32 per 90 min. He is followed by Eliel Peretz (1.2) from Wolfsberger AC and Thomas Goiginger (1.14) from Lask Linz.

Austrian Bundesliga
Best XI of the 2021-22 Season So Far