Capability to compare thousands of player with more than 100 parameters. Understand selected players own performance to themselves weekly in order to find out performance flactuations. Compare one player to another in anywhere in the world. Analyze player’s weekly progress against their own league average performance data; being able to see weekly and seasonal rankings of all players in a league table format in the same position 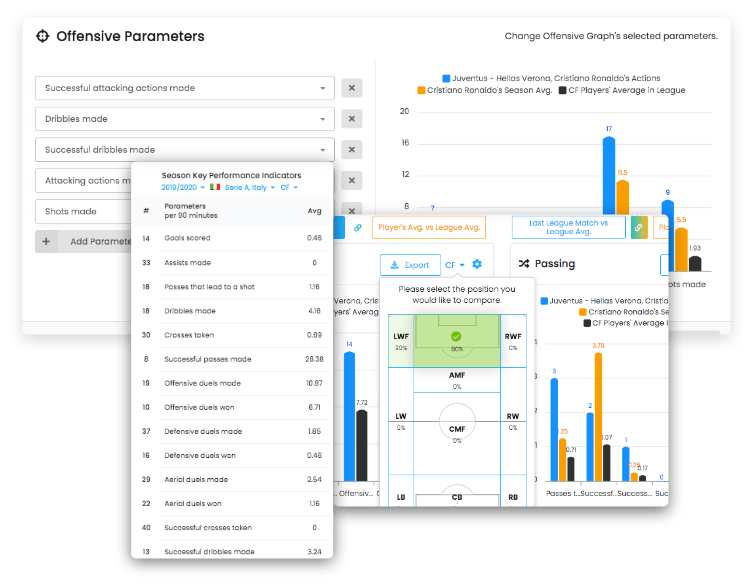 Easy to use dashboard with graphical Offensive, Defensive, Duels, and Passing parameters of a particular player selected. “Last League Match vs League Average” button automatically brings out the last played league match results of the player in 4 mentioned categories. First column illustrates player’s last match actions, while second column shows league player’s averages. When cursor is hovered over the graphics, relevant stats appear. The second button “Player’s Average vs League Avg” shows player’s average compared to averages of the league players of the positon selected. On the right hand side “Season Key Performance Indicators” shown. The table displays the ranking on the left column while the right column displays average per 90 minutes. 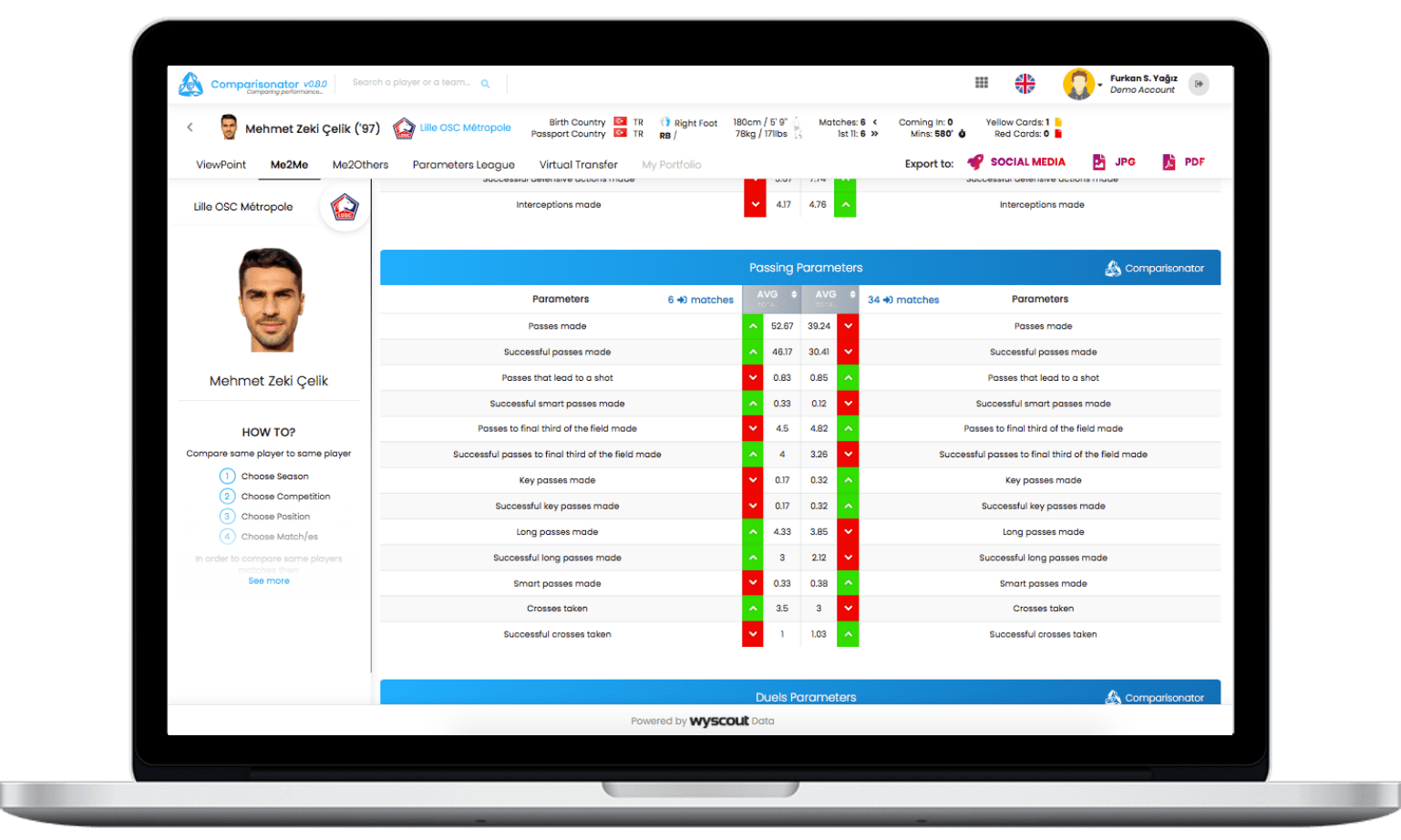 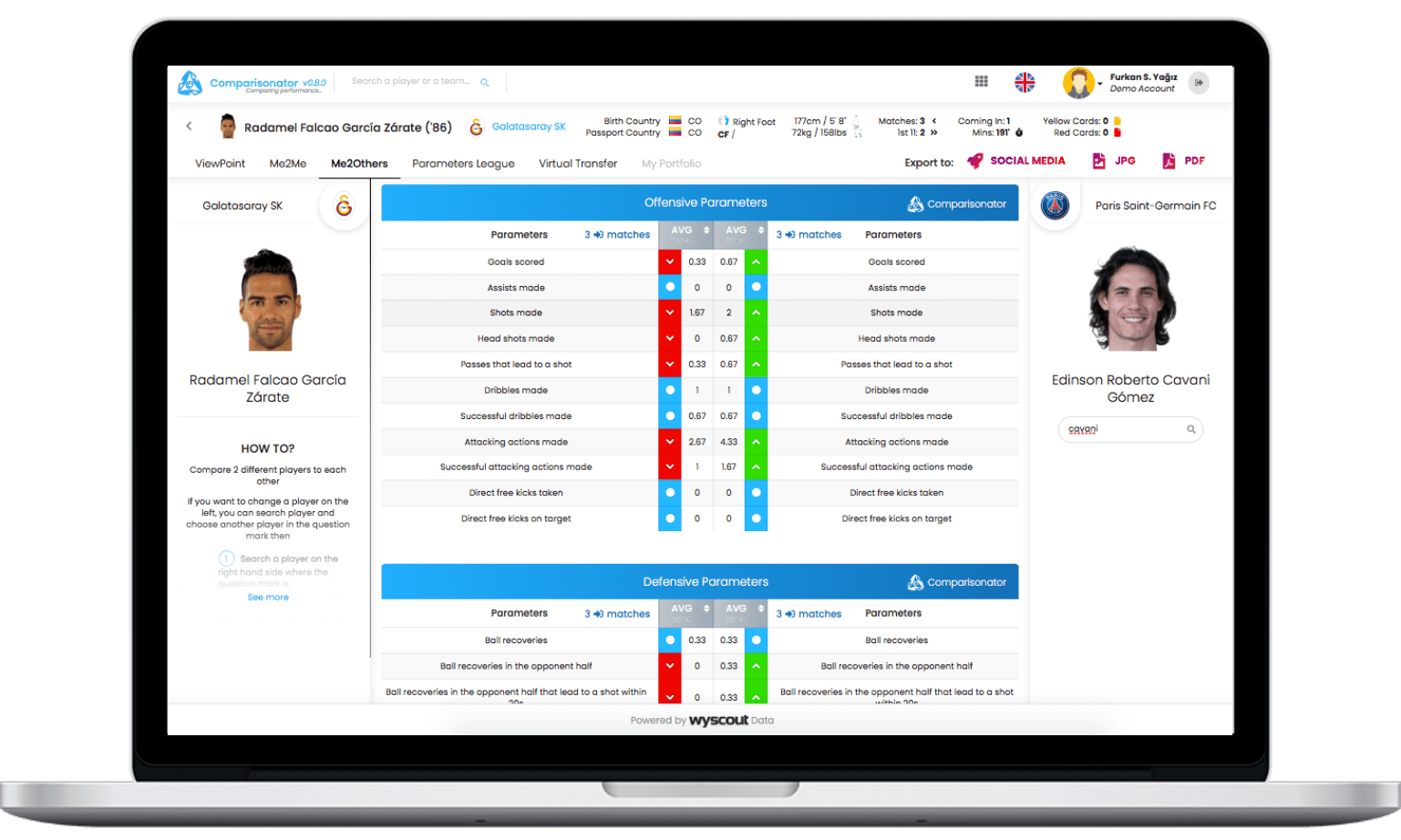 Compare ‘Own performance vs to another player’ 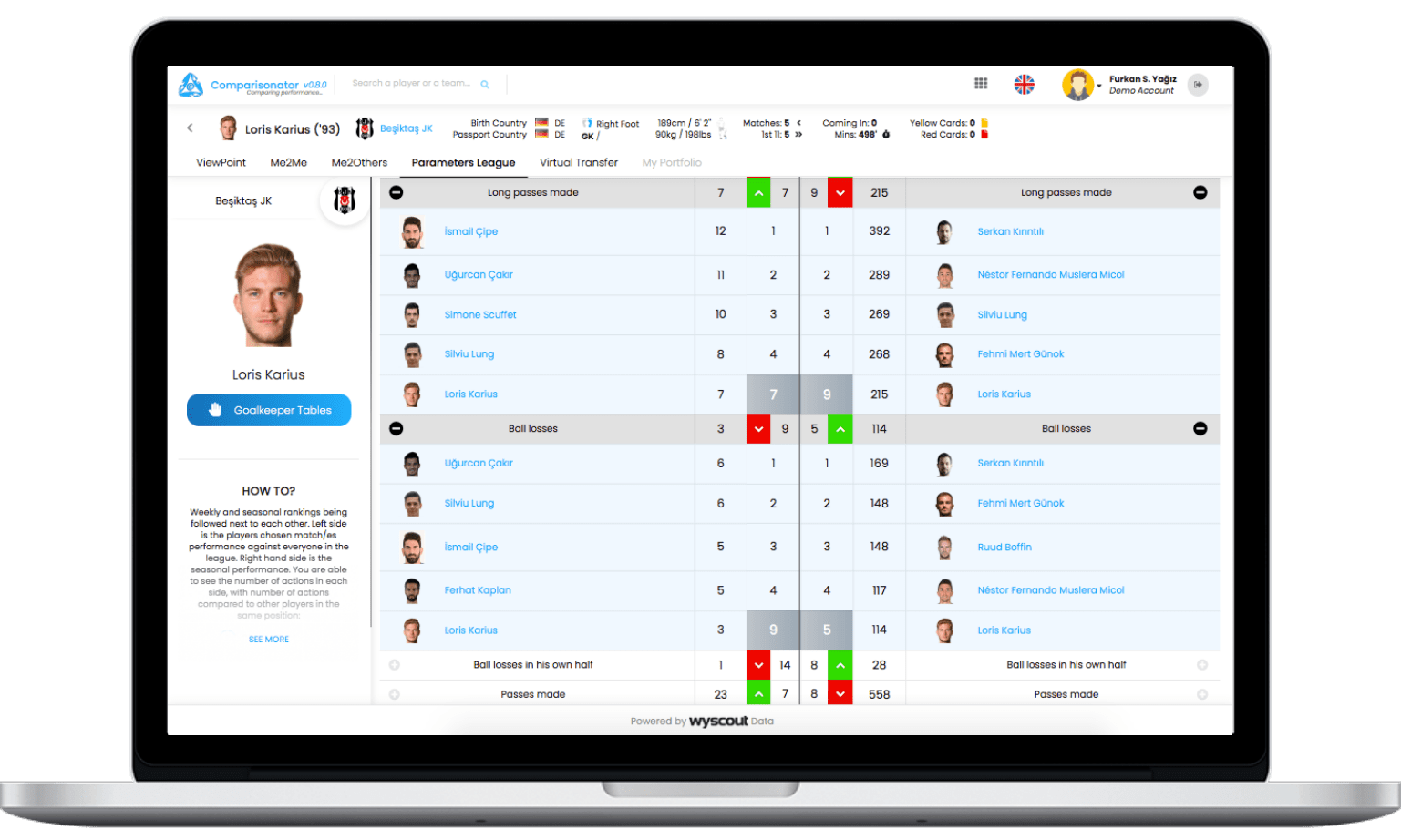 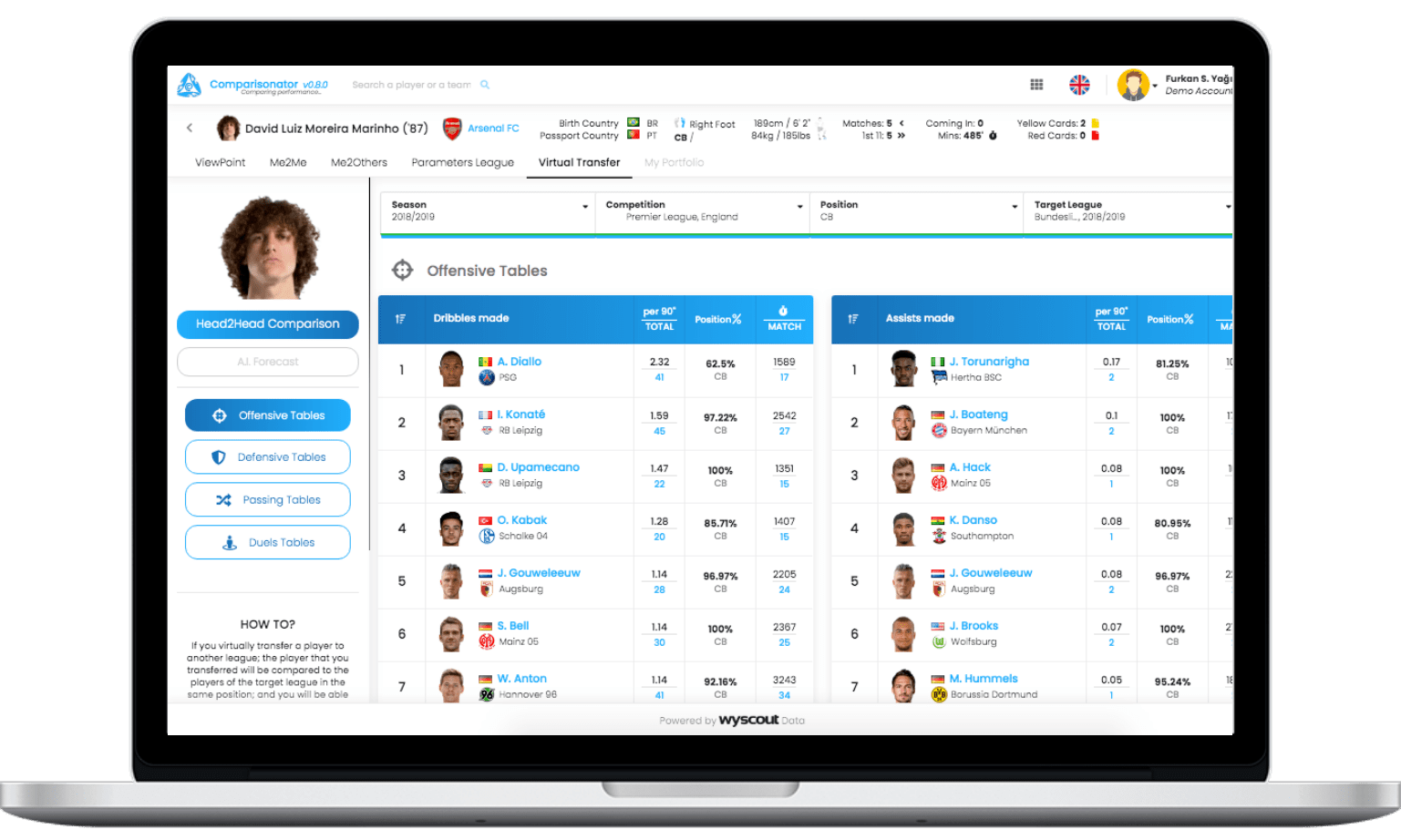 Place players from their current leagues’ to another league, visualise their parameter rankings head to head within that particular country against players in the same position