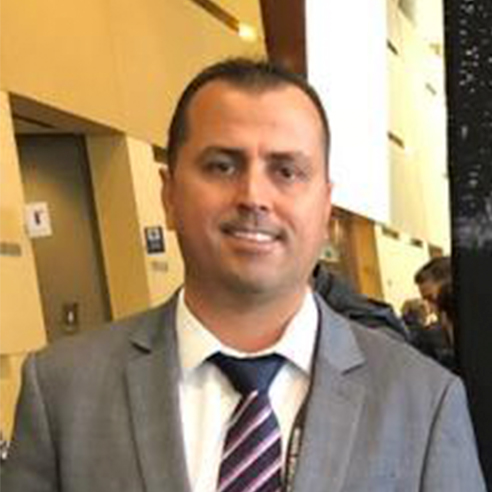 Who is Bruno Costa?

Bruno Costa is the Head of Scouting for the San Jose Earthquakes. Costa joined the Quakes in march of 2017 with extensive scouting experience, spending almost two decades in the Brazilian top flight (Série A) and with the Brazilian Football Confederation (CBF).

During his time with the confederation, Costa helped scout and recruit some of the biggest names in modern soccer, including Neymar Jr. (PSG), Philippe Coutinho (Barcelona), Gabriel Jesus (Manchester City), Marcelo (Real Madrid) and Willian (Arsenal) to the Brazilian Youth National Teams.

Costa joined the Brazilian Football Confederation, CBF, in 2001 as the team coordinator for the Brazilian Youth National Teams where he assisted in scouting efforts and also on administrative tasks.

During his time there, the Brazilian Youth National Teams won 14 trophies, including the 2003 FIFA World Youth Championship (U-20) and the 2003 FIFA U-17 World Championship, making Brazil the first and only nation to win both tournaments in the same year.

The U-17s were also the runners up in the 2005 U-17 FIFA World Cup. Additionally, Costa served as the general manager for the 2008 Beijing Olympics qualifying squad, who won the South America Qualification in 2007.

Following his first stint with the CBF, Costa went to Fluminense Football Club of Série A in 2007 where he remained until 2010 as the Academy director and assistant general manager for the first team.

During his time with Fluminense, the club won more than 30 trophies, including the 2007 Brazilian Cup for the first time in club history and the 2010 Brazilian National Championship. Fluminense were also the runners up in the 2008 Copa Libertadores and in the 2009 South American Cup.

In 2011, Costa then spent a year as the Academy Director at Figueirense Football Club, also of Série A, helping the youth squads win six trophies before he returned to CBF in 2012.

In his second stint with the CBF, Costa served as the Chief scout for the Brazilian Men’s Youth National Teams and as a scout for the Men’s National Team. During this time, Brazil U-20 team reached the FIFA World Cup final and he worked extensively in scouting and recruiting players for the 2016 Olympic squad that went on to win Brazil’s first gold medal in the sport.

In December of 2015, Costa decided to return to the United States, where between 1995-2000 he attended high school and played soccer at the IMG Academy in Bradenton, Florida and later played Division I soccer at Florida International University. Costa served as the assistant general manager and head of scouting for the NASL’s Fort Lauderdale Strikers from December 2015 until joining the Quakes in March of 2017. With Costa on staff in 2016, Fort Lauderdale progressed to the Round of 8 in the U.S. Open Cup for the first time in club history, the only non-MLS team to make it to the final rounds of the tournament.

Members of the media can contact for accreditation at [email protected]omparisonator.com.