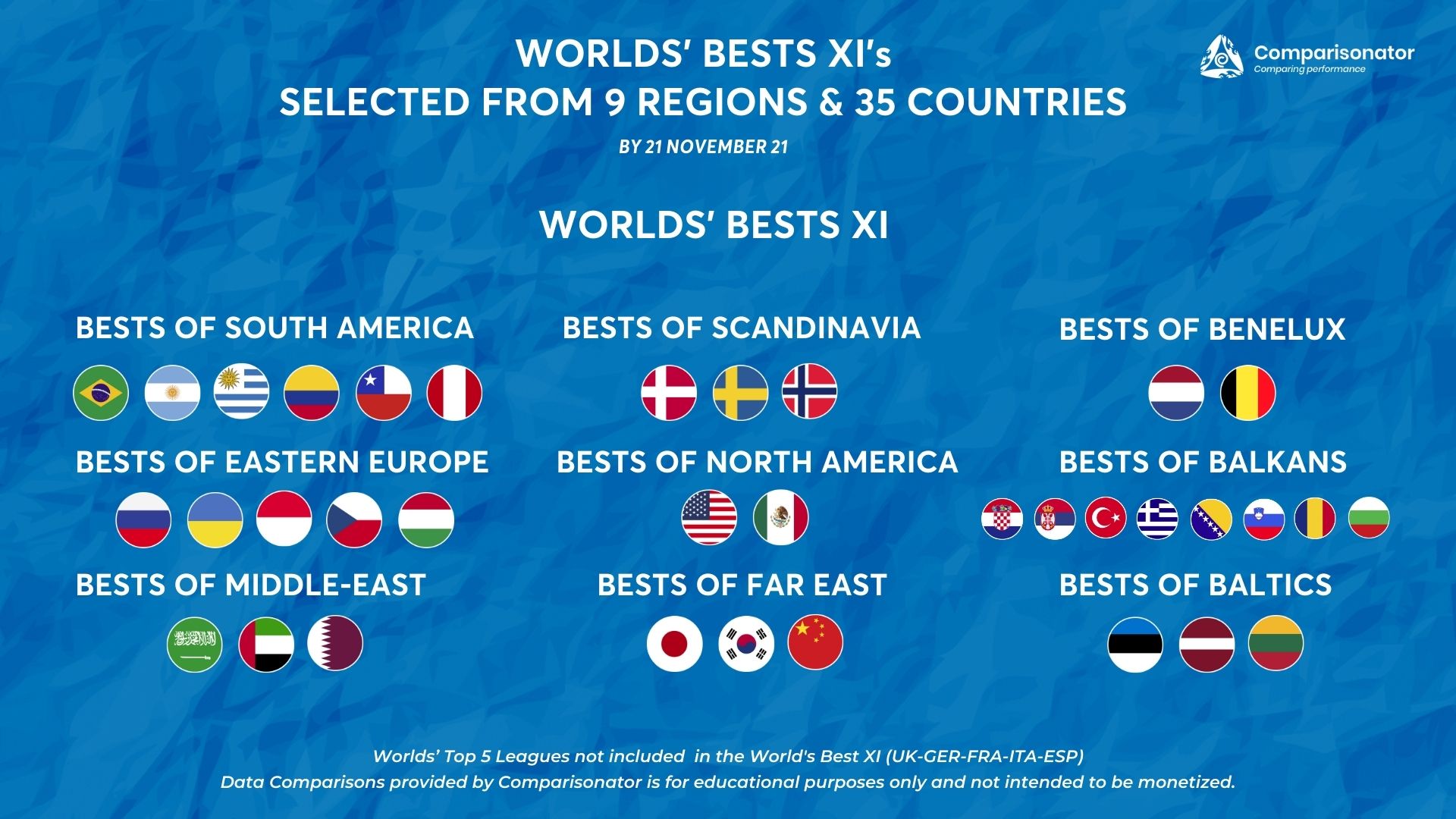 Comparisonator conducted a unique study in order to select the best players in the world, involving 9 regions and 35 leagues.
CLICK HERE TO DOWNLOAD FULL COMPARISONATOR STUDY

Identification of the “Worlds’ Best Players”

Our platform includes machine learning back-end which created a fairly unique index algorithm. This new way of creating an index allows us to select the best possible players from over 1000 parameters in such a correct and fast manner. The analyses are based on per 90 minutes player performances which have been derived from various index algorithms such as Offensive, Defensive, Passing and Duels.

From this exercise, you will be able to see the “Worlds’ Best 11”, as well as the “Best 11”s from each mentioned regions & leagues. There are special links being inserted in each region analysis. When you click on the links, you will be directed to view relevant regions’ blog sections to see a comprehensive analysis of each player being selected to those best 11’s. Specific graphics will interpret viewers to prove why the selected players are the best of the best.

-Bests of North America US, Mexico

FC Midtjylland and F.C. København are Denmark Superligaen participants with one each of the Best XI.
3 players from 3 different teams; Malmö FF, BK Häcken and IK Sirius FK of Sweden Allsvenskan completed the Best XI.

Ajax FC player Dušan Tadić is the best player of this region.

BESTS OF THE MIDDLE-EAST LEAGUES