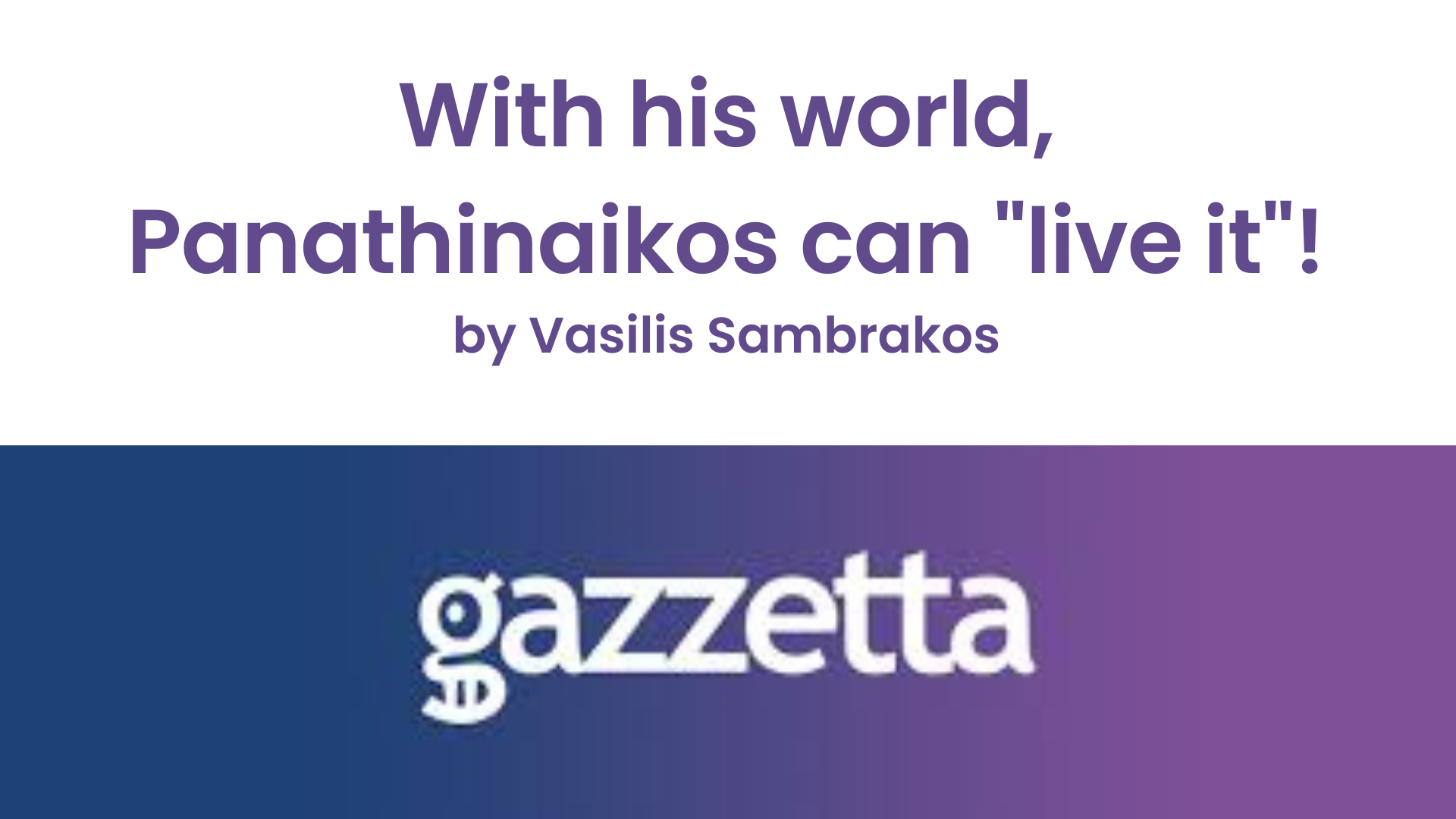 Comparisonator » Blog » With his world, Panathinaikos can “live it”! 

With his world, Panathinaikos can “live it”! 

Vassilis Sambrakos compares the performance figures of Panathinaikos and Slavia Prague in the first leg and writes about Jovanovic’s self-evident risk and the scenario that allows Panathinaikos’ world to dream.

Even if you haven’t watched the first game between them, knowing the result and listening to Ivan Jovanovic talk about the mentality with which Panathinaikos prepares, you fully understand the magnitude of the difficulty factor of his mission against Slavia Prague. Anyway, before the first game even started, Panathinaikos was aware – it knew that at the given moment it had the role of the underdog and not the favorite. The 2-0 in the first match has made the mission much more difficult, but who tells Panathinaikos that he has no right to believe that it is “done”?

At the press conference, the coach of Panathinaikos set the tone. A coach who always pursues balance, prepared us for a match without balance. Because he knows that 2-0 leaves him no choice but to take a risk – that is, to design a plan giving much more weight to the attacking part. Both the result and Panathinaikos’ performance figures in the first leg (13 organized attacks, half of Panathinaikos’ average over the last year, compared to Slavia ‘s 35 ), forced Jovanovic to put the full weight of the preparation for the return in aggressive growth, as he told us.

A team that has lost 2-0 in the first leg and has a deficit of experience in managing situations of a European match, because it pays for the absence of Panathinaikos from European competitions, has no choice but to invest all its ambitions in emotions. Jovanovic is investing in the headquarters, which will be full of people and excitement, and in the very strong relationship that the current team has developed with the audience of the Avenue . Panathinaikos will take risks, at intervals of the match, in the hope of finding the first goal that will greatly boost his confidence and give him relative comfort in managing his situations and emotions if he achieves it in time.

Obviously the plan has a lot of risk because the opposing coach is prepared for it – that is, he knows that this will be Panathinaikos’ way. And the danger is greater because the opposing team has the virtues to exploit spaces and develop quick attacks. In other words, Panathinaikos is preparing to give space to a team that knows how to take advantage of spaces with the speed in the development of attacks.

The analysis of the first match and the comparison of the performance data of the two teams, through Comparisonator, an international and reliable performance comparison platform, shows that Panathinaikos excelled in one crucial parameter: the duels. Both defensive and offensive. A team that dominated both the physical part of the duels and the dribbles, and did so away from home, is obviously a team that makes sense to invest in this part in the second leg: If it plays with determination, increasing the intensity, with the help of atmosphere that the public will create in the Avenue, Panathinaikos will increase its chances. Yes, obviously they are the underdogs, but if they keep 0 and score a goal before the second leg enters stoppage time, Panathinaikos will not “live it”.