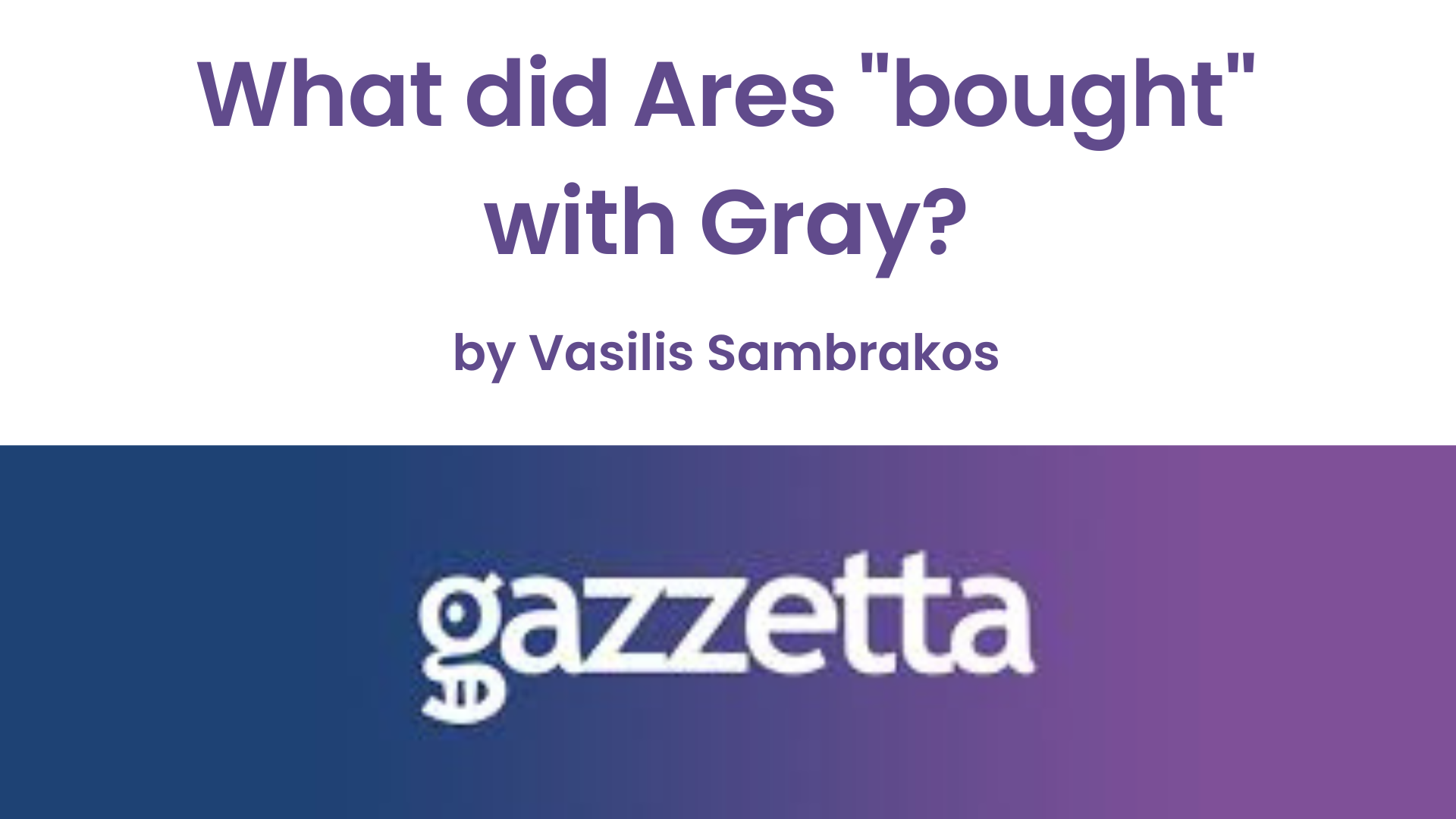 Comparisonator » Blog » What did Ares “bought” with Gray?

What did Ares “bought” with Gray?

Vassilis Sambrakos writes about the evidence of last year’s performance of Andre Gray that convinces that Ares have acquired a quality striker who is compatible with Herman Bourgos’ ideas of play.

In the process of evaluating a transfer option, there are the objective elements, there are the assumptions and the pre-estimates. That is, it is a complex process that leads to a conclusion about whether a club did well or not to select a football player. In the case of Andre Gray, a journalist cannot have all the facts, because he cannot be in the coach’s mind and know the playing model he has in mind. In other words, when you don’t know how the coach plans the organization, positioning and tactics of his team in the four phases of the game, how do you know if a football player with certain characteristics is a perfect match or not.

On the objective side of the debate, the 31-year-old striker is a 10+ goals per season scorer. That is, someone who, based on his CV, “lifts” on his back the expectation of a team to get 10+ goals from him in a season. Looking through Wyscout’s stats, the Jamaican striker is coming off a season in which he averaged 0.56 goals per game – with Queens Park Rangers and Jamaica. Striker who found the back of the net once in every two executions.

If one attempts to “read” through Gray’s competitive presence last year whether or not he is compatible with the initial game ideas of Herman Burgos for the new season, then he is easily led to the assessment that he is. He is coming off a season where he has always had a partner in QPR’s attack, in all their different formations on the pitch (3-5-2, 3-4-1-2, 4-4-2) and therefore logic says that it will be easy for him to familiarize himself with his role in Burgos’ game model and his movements in the different patterns of attack development.

In his past, Gray has shown an ability to adapt to his team’s strategy and be functional and effective both when it attacks against a multi-man defense that defends with depth and closes spaces in its defensive third, and when his team sets up to apply midfield pressure – i.e. starts to press the ball in the middle third of the pitch and looks to go into attack immediately when he regains possession to attack into empty spaces.

As can be seen from last year’s heatmap, Gray is not a “box” striker, that is, he is not someone who enters the game only in the final stage of the development of the offense to finish it with a run. He comes out of the area, participates in the development of attacks, drops back to create spaces, makes advances without the ball to attack empty spaces. With all this, one assumes that Gray can adapt to whatever strategy Burgos chooses in a game, that is, both when Aris faces a closed opposing defense and when his coach chooses to leave the ball to the opponent and bet on the “counter attacks” “.

Although football is not simple math, the fact that Aris is replacing Aboubakar Kamara with a striker who had better performances last year in goal and more accuracy in executions is a good sign for the manager.

Through Comparisonator, a performance comparison platform, I “transcribed” Gray’s performances with QPR in the Superleague last year. What he did last year would have him ranked 5th overall when comparing performance across a number of different parameters of the game. All of this substantiates the feeling that Gray is someone with a proven ability to “help” Ares.

A team never feels secure that a football player will “turn out” for them until they see him integrate, adapt, come to the desired playing condition and finally roll. But when one looks at the specifications one is left with the feeling that Aris has made a very good choice that is compatible with the racing model that his coach seems to be coming up with. The rest on the field.