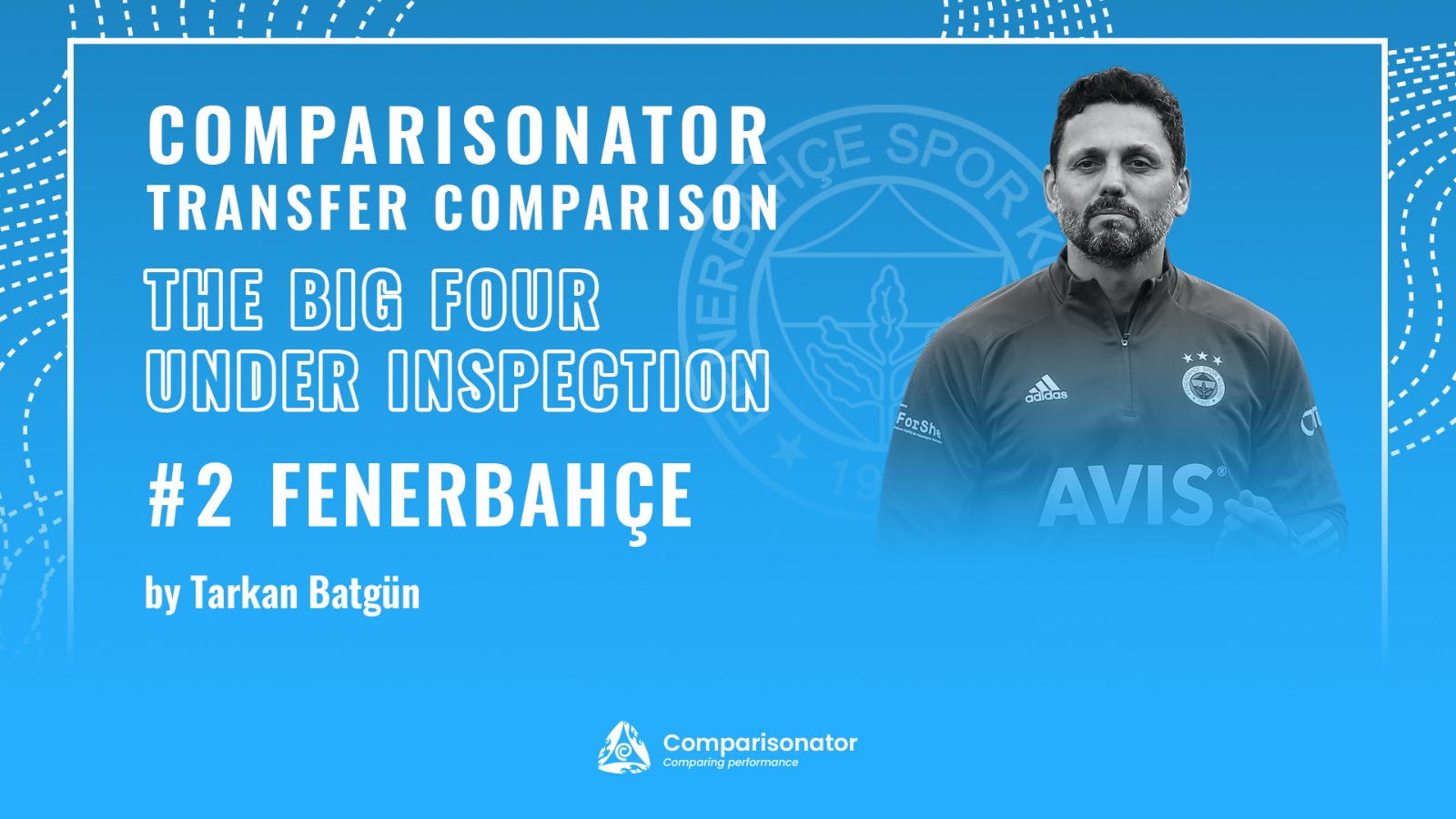 Although everybody is very busy with fantastic Mesut Ozil transfer who is already showing improvement in Fenerbahçes’ passing game; the best Turkish domestic transfer was completed from Başakşehir, Irfan Can Kahveci. Turkish International CMFs’ value was only 7 Million Euros and the credit goes to Fenerbahçe Sports Director Emre Belezoğlu for his negotiation skills. Irfan is a certain good buy with a possible second sale. Although lesser transfers completed by Fenerbahçe compared to their previous winter transfers, strategically talking, beside Mesut, Fenerbahce targeted more younger transfers instead of their usual mature strategy.

The star candidate Irfan Can Kahveci transferred from Başakşehir FK 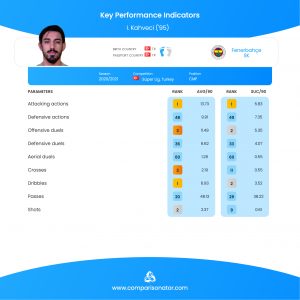 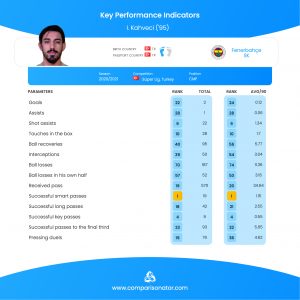 Indeed he already is a star. But the reason this transfer sound fairly efficient is that he has a proven international track record, scoring a hat trick in the Champions League game this season. Club paid 7 Million Euros for him but I personally believe this was a very good bargain. Congrats to President Ali Koc as the press indicated that he personally worked on this transfer. According to Comparisonator platform player comparison data, Kahveci is number 1 in “Successful Smart Passes” in Turkish Super League with average 1.15 per 90 min which makes him almost the most creative offensive midfield player in Turkey. Number 1 offensive midfielder in “Successful Attacking Actions” parameter with 5.83 per 90 minutes This stat tells us that he is the most striking offensive player. His drawback is in defensive actions as he is not really given this particular role in his previous team Başakşehir FK. Another negative is that his air dominance is pretty low. Will this be a struggle for him with defensively strong minded Head Coach Erol Bulut? That’s the question 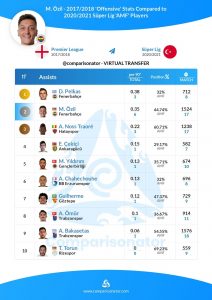 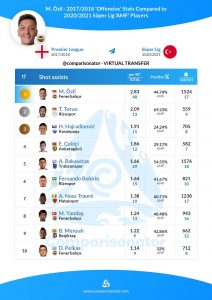 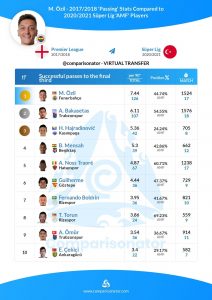 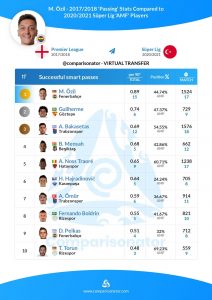 There is no need of any comment for this huge transfer. The only drawback is that he did not take much of a game time in recent months. If he meets the stats from his 2018/19 season from his glorious days of Arsenal, the possible impact could be like the below table. We took Mesut’s stats in 2018/19 season from his Premier League, and placed those stats into the Turkish Super League to compare current season by utilising @comparisonator ‘s “Virtual Transfer” feature. It indicates that he would top the ladder in “Successful Smart Passes”, “Shot Assists”, “Assists” and “Successful Passes to Final 3rd”, comparing his former stats with Super League “AMF”s. He is indeed very similar player to Kahveci, the question is that could Fenerbahce effort both offensive midfielders simultaneously, or they will compete with each other. 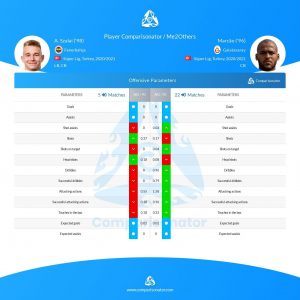 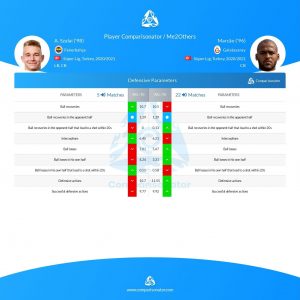 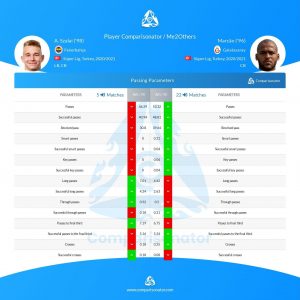 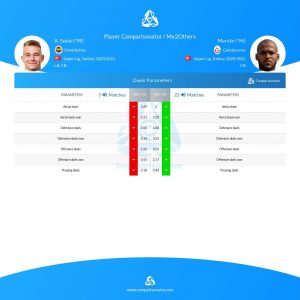 There are various ways to compare Attila, CB of Fenerbahçe. Firstly we brought his former season stats to Turkish Super League via Comparisonators’ “Virtual Transfer” tool to compare him to Centre Backs in the current Turkish league season. This exercise did not come out well for Attila. Then we decided to compare his statistical averages in Turkey so far this season, versus possibly the best benchmark player Marcao from Galatasaray. Beside Attilas’ accuracy in long passes, more than 90% of stats was favouring Marcao. It looked like an average Centre Back transfer to me. His defensive results looked poor against his own teammate Serdar Aziz as well. His one-versus-one results are also not very good compared to the Turkish League.