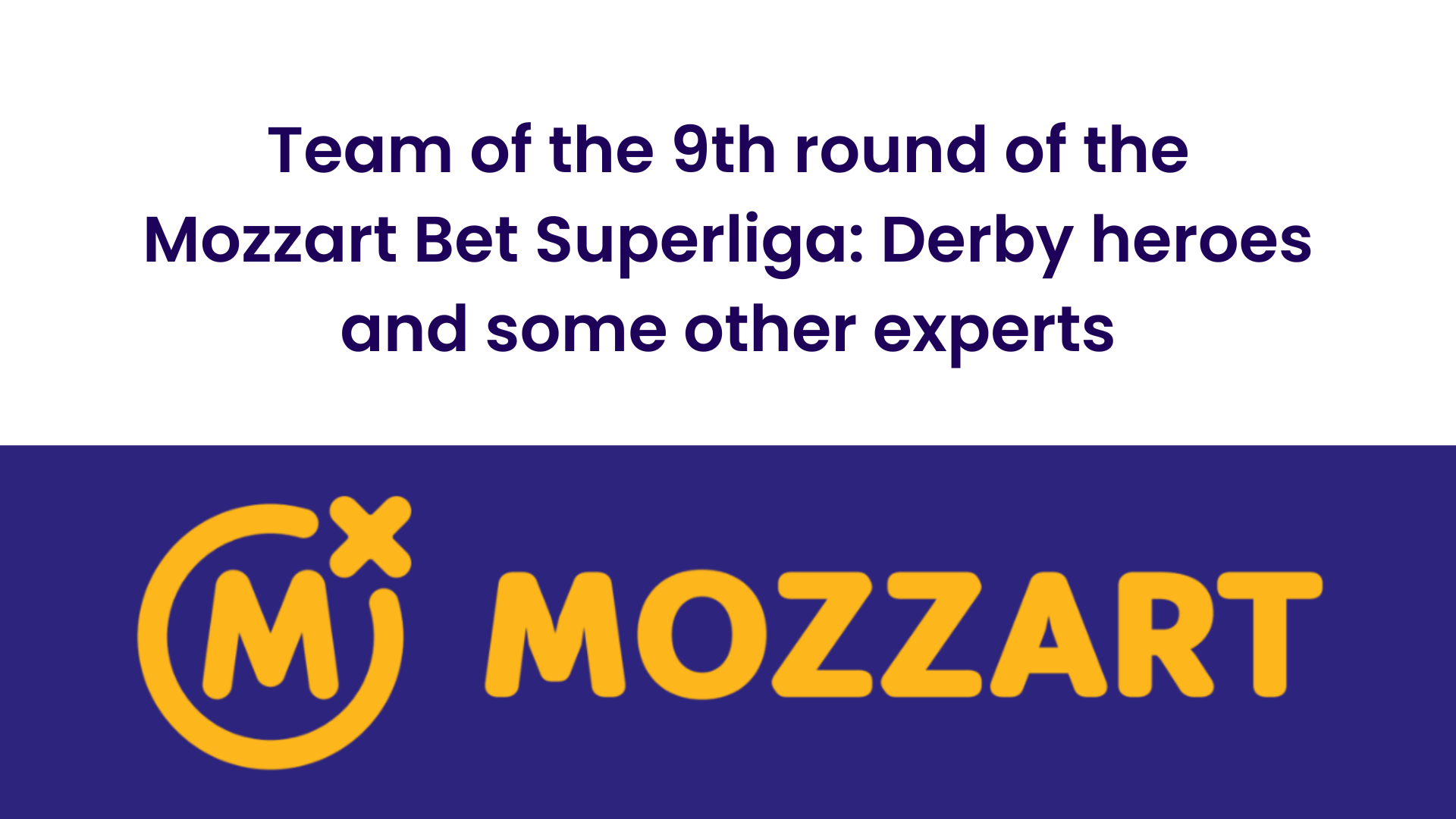 Comparisonator » Blog » Team of the 9th round of the Mozzart Bet Superliga: Derby heroes and some other experts

Team of the 9th round of the Mozzart Bet Superliga: Derby heroes and some other experts

The special round in the middle of the week marked the 168th eternal derby, and although we expected a little more than the red and black and white, the importance of the biggest game of Serbian football influenced the fact that the ideal 11 of the ninth round of the competition in the Mozzart Bet Superliga were mostly filled by players from Red Star and Partizan .

Of course, they are not the only ones there, because there were also other important moments. Let’s say, Napredak achieved the first victory of the season, and Novi Pazar the sixth in a row, but let’s not say too much: this is the best team of the ninth round of the Mozzart Bet Superliga of Serbia.

NIKOLA PETRIĆ (Napredak) 7: Last season, according to some statistical platforms, he was the second goalkeeper of the championship, right behind Milan Borjan, and this summer he continued in the same rhythm, although it did not really reflect on Napredak’s results. It will be remembered, however, that in the first victory of this season, he pulled Lazar Arsić’s free kick from under the crossbar and prevented Mladost GAT from taking three defeats from Kruševljani. This season, according to the statistics platform Comparisonator, an average of 4.65 defenses per match, the most in the Mozzart Bet Superliga.

MARKO ŽIVKOVIĆ (Partizan) 6.5: The silent hero of Partizan’s resurrection in the 168th eternal derby. He forced a penalty from Aleksandar Katai, which Bibars Natho converted into a goal for 1:1, pride repeated himself in the attack, tried to play, and in a nervous bathed debut, sometimes even that is enough to get the team moving. It is true that he could have centered better, but he was certainly one of the more notable actors of the derby.

STRAHINJA ERAKOVIĆ (Crvena zvezda) 7: We still remember that first derby when he gifted a goal to his eternal rival, but in each subsequent one, Strahinja Eraković was getting better and better. Unlike some earlier ones, in this 168th he was even able to take the ball forward from the back positions, he crept on both flanks, excluded Quincy Mennig from the game, and then dealt with Fuseini Diabate. He is already used to derbies, the pressure from the stands means nothing to him. On the contrary, she seems to love him.

NEMANJA MILUNOVIĆ (Crvena zvezda) 7: Last season Aleksandar Dragović did it first, then Strahinja Eraković, and on Wednesday – Nemanja Milunović. Wherever he goes, Ricardo Gomes hits hard. This time it was locked by Milunović. He picked up a solid number of balls, was confident in passing, remained focused even when Partizan went on the offensive.

STEFAN HAJDIN (Voždovac) 7: For the second time this season, Stefan Hajdin is in the car team. The first time because of the goal to win over Novi Pazar at the start of the season, this time with an even better game against Radnik. Not only because of the goal, but because in many parameters he was the best left back in the Mozzart Bet Superliga. He had 77 successful passes, 28 in the last third, three successful crosses, 11 interrupted opponent attacks, three won balls in the opponent’s half of the field…

BIBARS NATHO (Partizan) 7: He passed his zenith a long time ago and it is clear to everyone that the Israeli will rarely be able to run 90 minutes in full rhythm. But Bibars Nath needs much less to make a difference on the field and leave a mark on the game. Against Crvena zvezda, there was a penalty kick, 24th in Partizan’s jersey and every one was a goal, he was one of the bravest in the black and white jersey and really looked like a team leader on the field.

STEFAN LONČAR (Novi Pazar) 7: And the captain of Novi Pazar for the second time in the Mozzart Bet Superliga team. Absolutely deserved. He assisted Miloš Mijić for the goal with which the Blues started Spartak, and as usual he gave the rhythm to the game, by example pushing his teammates to go beyond their own limits. Already six victories in a row, all of Serbia is wondering: how long can Lončar and his friends continue like this?

OSMAN BUKARI (Crvena zvezda) 7: The impression is that we haven’t seen everything from Osman Bukari yet, but as one of our reporters from the eternal derby wrote: devil of a player! We usually marvel at his speed when his teammates leave him clear space to run, but he decorated the 168th derby in a different way, probably with the most beautiful goal of his career, certainly the most beautiful that has been seen in the collisions of black and red and white in the last few years . And such things are remembered.

IFET ĐAKOVAC (TSC) 7.5: After the departure of Mihajlo Banjac, he took over the role of rhythm conductor in the Topolski sports club and is getting used to it more and more. In the victory over Radnički 1923, Ifet Đakovac made three key passes to his teammates, and in the second minute of stoppage time, he managed to spice up a good result for TSC with an elegant shot. His second selection in the team round was also there in the seventh round of the competition.

SAMUEL OVUSU (Čukarički) 7.5: A proven name already on the Serbian courts, and beyond, although we cannot shake the impression that Samuel Ovusu could and must do more, because with his speed, technique and extremely low center of gravity, he is simply impossible to custody. Then again, it’s as if he doesn’t use it enough, although he scored a Eurogoal from 20 and a half meters against Mladost from Lucan.

MUHAMED BADAMOSI (Čukarički) 7.5: Two goals in five minutes and the title of the best ninth round for the goal scorer of Čukarički. With six goals to his name this season, only Milan Bojović is more efficient, noting that he scored four of his seven goals from the penalty spot. Badamosi did not have that luxury, so he is again a constant threat to the opponent’s goals. Comparisonator calculated his xG (expected goals per match) to be an extremely high 0.82.