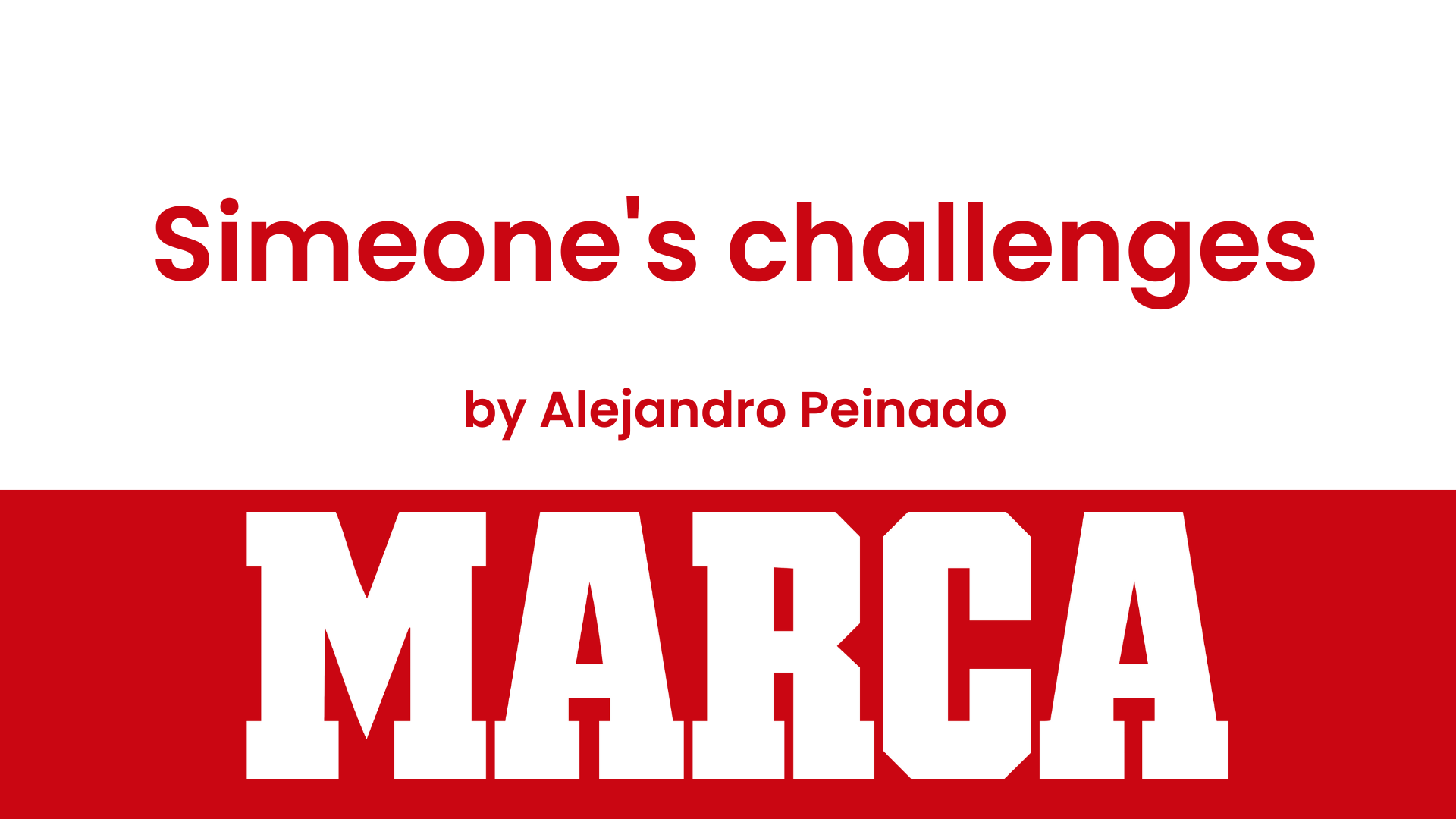 The really difficult thing is not to reach the top, but to stay at the top over time and that is what Simeone is achieving every season with Atlético.

The Argentine coach faces what will be his eleventh league start with his team as a candidate to fight for everything, but above all with the challenge of maintaining competitiveness.

The path to follow is marked by the famous ‘Liga de 14’ that Cholo coined during the final stretch of the last championship. Fourteen clashes were what Atlético needed to improve a first round that endangered their presence in the Champions League.

Only FC Barcelona achieved more points than the rojiblanco team over the last dates. Ten wins, two draws and only two defeats was the baggage of Simeone’s men who showed a great competitive level that Cholo must give continuity to from the start of LaLiga.

Great blame for the improvement in results at a general level was due to the improvement in defense. The arrival of Reinildo gave the rojiblancos back the defensive solidity that they did not show until the middle of the championship and they went from averaging more than one goal per game, something unusual since Simeone’s arrival on the bench, to 0.64 per game.

In order for the Argentine coach to continue the competitive level shown in recent days, he must start the championship with the strong defense he is accustomed to. This summer has had the incorporation of Nahuel Molina who reinforces the right flank and the reconversion of Witsel. Throughout the preseason he has used the Belgian at the center of the defense and the former Dortmund player has responded with a great performance.

The fans want it and Atlético’s cup tradition demands it. After four seasons in which he has not managed to overcome the barrier of the round of 16, Simeone’s team must transfer the competitive level of LaLiga to the cup tournament .

This season, by not playing the Spanish Super Cup, the rojiblancos will not have the advantage of being absent from the first two rounds in a single match, playoffs that have caused them two headaches since their implementation three seasons ago, against Cultural y Deportiva Leonesa and the Cornella.

Challenges for which the Cholo team seems prepared, or at least that is what they have shown throughout the preseason in which they have only conceded one goal and have drilled the rival goal thirteen times . Good feelings that will remain in the background starting next Monday, the date on which Atlético debuts in LaLiga.