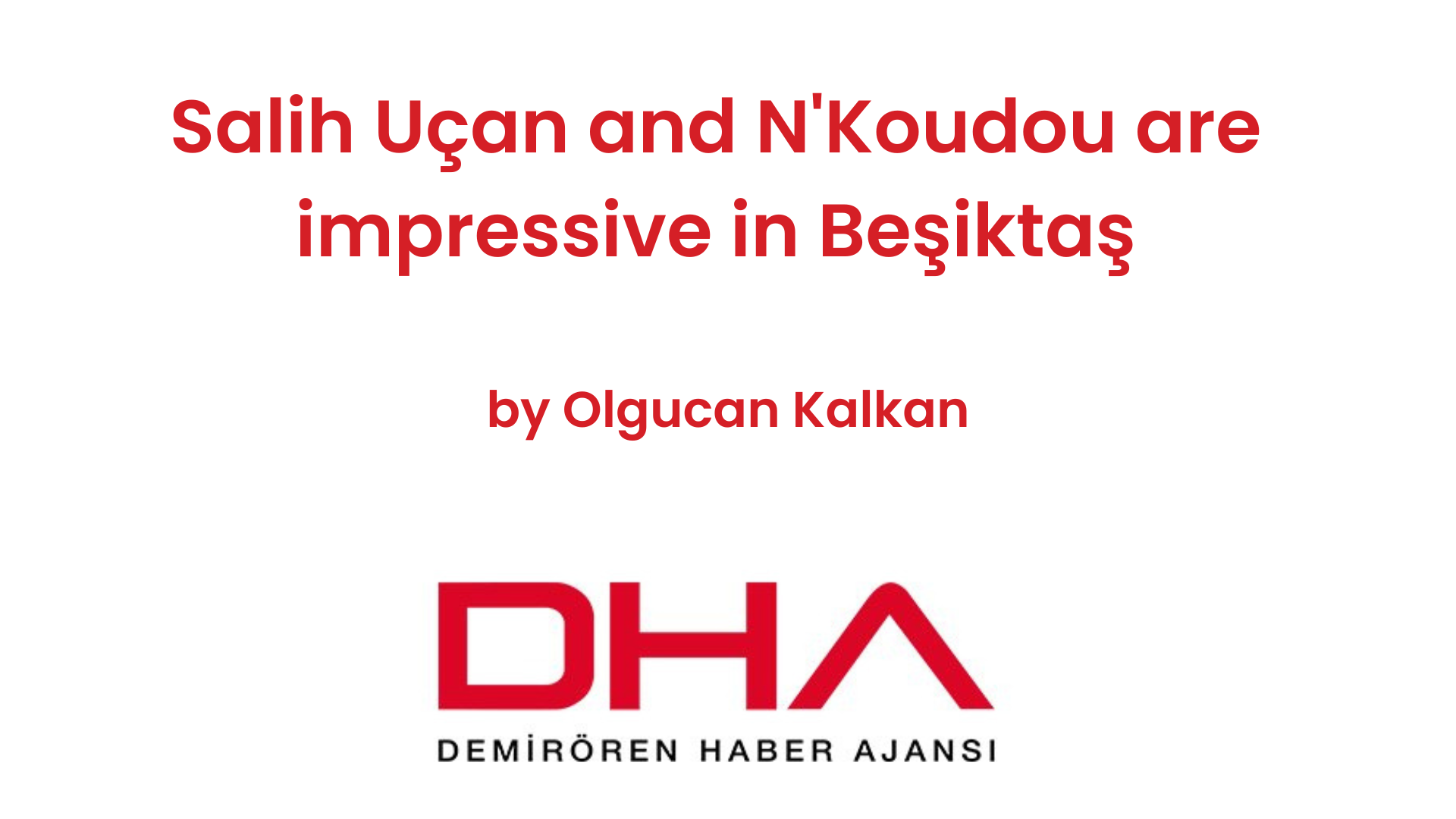 Comparisonator » Blog » Salih Uçan and N’Koudou are impressive in Beşiktaş

Salih Uçan and N’Koudou are impressive in Beşiktaş

Kevin N’Koudou and Salih Uçan drew attention with their performance at the beginning of the season in Beşiktaş, which is in the 3rd place with 7 points in the first 3 weeks of Spor Toto Super League.

In addition to the 7 points received in the first 3 weeks in Beşiktaş, the good game played in sections made the fans happy, while Kevin N’Koudou and Salih Uçan became the key names of the team. Salih Uçan, who spent the second half of the last season in Başakşehir on loan, contributed 1 goal and 1 assist to his team in the first 3 games in the league. Taking the weight of the team in the midfield as well as his contribution to the score, Salih was removed from the game only in the Alanyaspor match, while he was in the top 11 in the first 3 weeks of the league. Salih, who took part in a total of 26 matches in Beşiktaş and Başakşehir last season and appeared in the top 11 in only 8 of these matches, left the statistics of the last season behind in the third week.

LEADER OF THE WEEK BETWEEN CENTER MIDDLE FIELD BETWEEN PAS

Salih Uçan, who did not lose any ball in his own half in the Karagümrük match, closed the week in the first place among the central midfielders. According to the data of Comparisonator, a football data comparison platform covering 271 different leagues and more than 100 parameters, the 28-year-old midfielder, who made 8 passes, became the 1st among the central midfielders in the 3rd week of the league in this field. On the other hand, Salih Uçan, who showed 24 defensive actions, was successful in 16 of them and took the second place in this field.

HIS CONTRACT WAS TERMINATED, THE TEAM WAS BACK IN THE FIRST 3 MATCHES

In the black-and-white team, coach Valerien Ismael and another name that made the fans happy was Cameroonian winger Kevin N’Koudou. N’Koudou, who was only able to play in 17 games due to the injury he suffered last season, started this season close to perfection. Even the termination of his contract before the new season came to the agenda, N’Koudou played an active role in the attacks of the team on the left wing, as well as contributing 2 goals in 3 games. The Cameroonian winger is expected to appear with the Cameroon National Team in the 2022 World Cup.

With his performance against Fatih Karagümrük, Kevin N’Koudou ranked first among left wing players in many categories. According to the Comparisonator data, the Cameroonian winger, who took the first place with 12 dribblings, was successful in 7 of them, and took the first place among the left wingers in this field. N’Koudou; While undertaking 22 offensive actions against Karagümrük, he succeeded in closing the week in the first place, succeeding in 9 of them. In addition, the 27-year-old winger, who met the ball in the opponent’s penalty area 17 times, did not lose the top in this area.

On the other hand, as of the first 3 weeks, the French wing took the first place in the parameters of attacking actions, meeting the ball inside the penalty area and goal expectation among the left wing players.