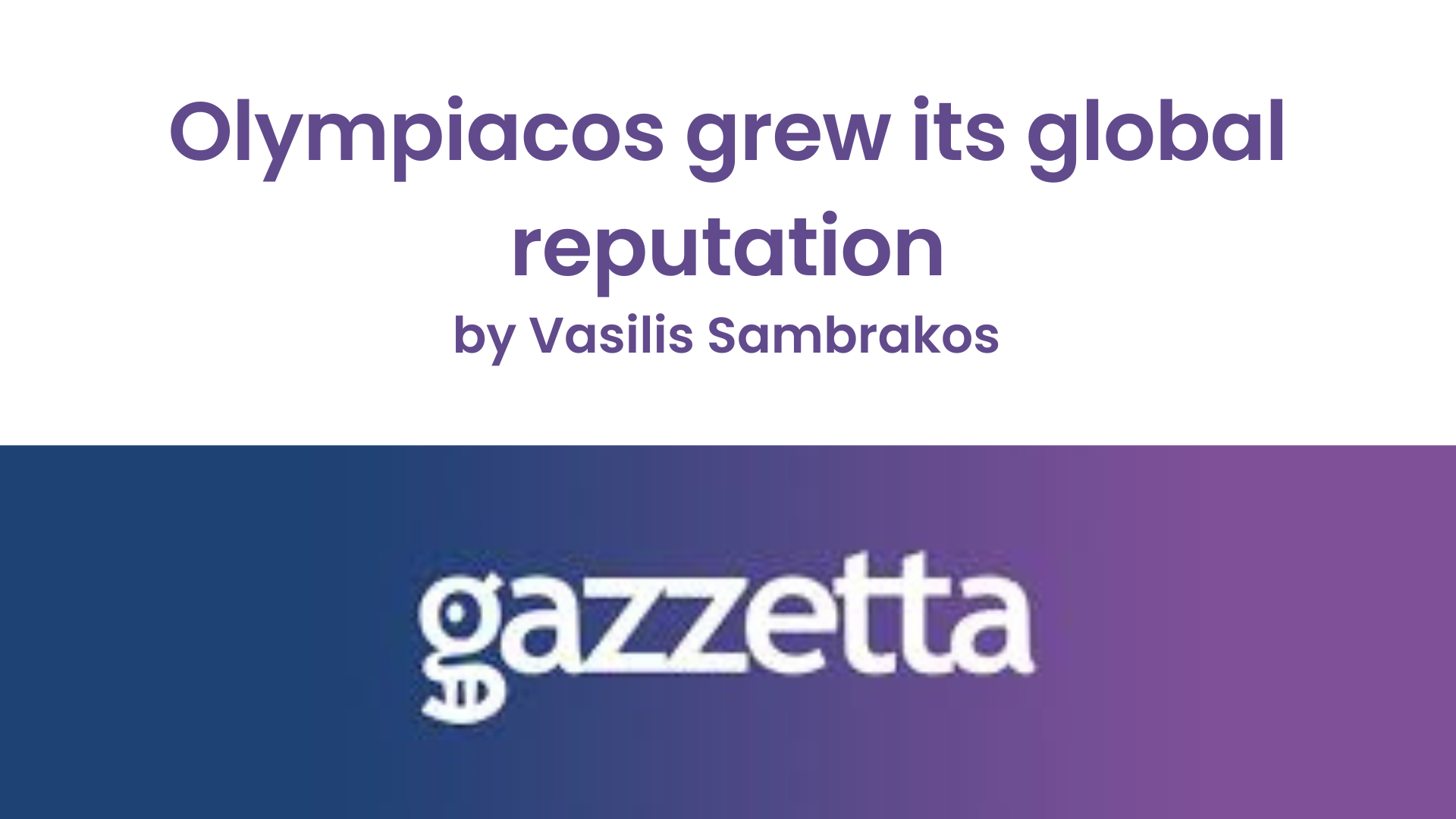 Vassilis Sambrakos writes about the biggest transfer in the digital era of Greek football.

The surplus value of marketing and internal public relations that Olympiacos bought with its choice to acquire Marcelo is now understandable with the naked eye, so a deeper analysis does not make much sense. In summary, one can only look at the presence of 25 thousand Olympiakos fans at the presentation of the Brazilian superstar to realize how much this transfer affected the psychology of his fans.

But evaluating it as a business move, this option has already been decided and is already successful. Olympiacos, a team that has grown its name in the European market and has entered the network of teams that sell and buy from the “highest shelves”, has in recent years created a series of impressions that influence the perception of the European market and strengthen his reputation. Now, about 2 years after the last time they were “heard” loudly in the market as the team that had produced a footballer who was deemed suitable for Jurgen Klopp’s Liverpool, i.e. 2 years after the sale of Kostas Tsimikas,

The fact that Olympiacos, that is, a Greek team, which plays in a league that is not watched by the world and is not particularly perceived by the European market, has achieved what the teams from MLS, from Qatar, from LaLiga, from the Serie A, or from Turkey, is a very good reputation. Because the market knows by default that Marcelo did not choose this project with a financial motive. That is to say, he knows that if he was the “grabber”, the Brazilian star would do it in MLS or Qatar, or even in Turkey. That Marcelo chooses to put it on his CV as the next team after a golden life at Real is not only a sporting accolade for Olympiacos – it is also a stimulus that weighs Olympiacos as a brand name in the consciousness of the European market.

Since 2018, when Ronaldo moved from Real to Juventus, the European market has put in its business mindset the social media goodwill it buys as one of the additional criteria to define a successful transfer of a footballer. If one looks at this surplus value, the fact that his shirt and emblem have been exposed for a few days to the eyes of the 58.5 million people who follow Marcelo on Instagram is enough to draw the conclusion: with the money he paid, Olympiacos he couldn’t have a bigger campaign than the one he’s been doing in recent days thanks to the signing of Marcelo.

It doesn’t make much sense to compare transfers over time to come to a conclusion about whether Marcelo’s signing is the biggest in history. In the age of social media, which is another era from the previous one, Marcelo is by far the most popular athlete to have set foot on Greek soil to work professionally. Without debate it is the biggest transfer in the digital age.

And we arrive at the “racing parameter.” The fact that he chose Olympiacos and not MLS or Qatar speaks for itself about his mentality. If he just wanted to make one last ‘grab’ before hanging up his football boots to become a Real Madrid ambassador and deal with his many and varied business interests, he wouldn’t be here. At 34, a professional of this level, there is no doubt that he “endures” to perform optimally when called upon to combine high performance in the Europa League with a championship of the Greek level. To have an idea, let’s “transcribe” last year’s data in the Spanish league, in 11 games, to the Greek Superleague.

So leaving aside the premium that Olympiacos bought in terms of mentality by putting a member of the club that won 5 Champions League trophies in their dressing room, it is obvious that they got a footballer who wants to play and can still perform at a high level.