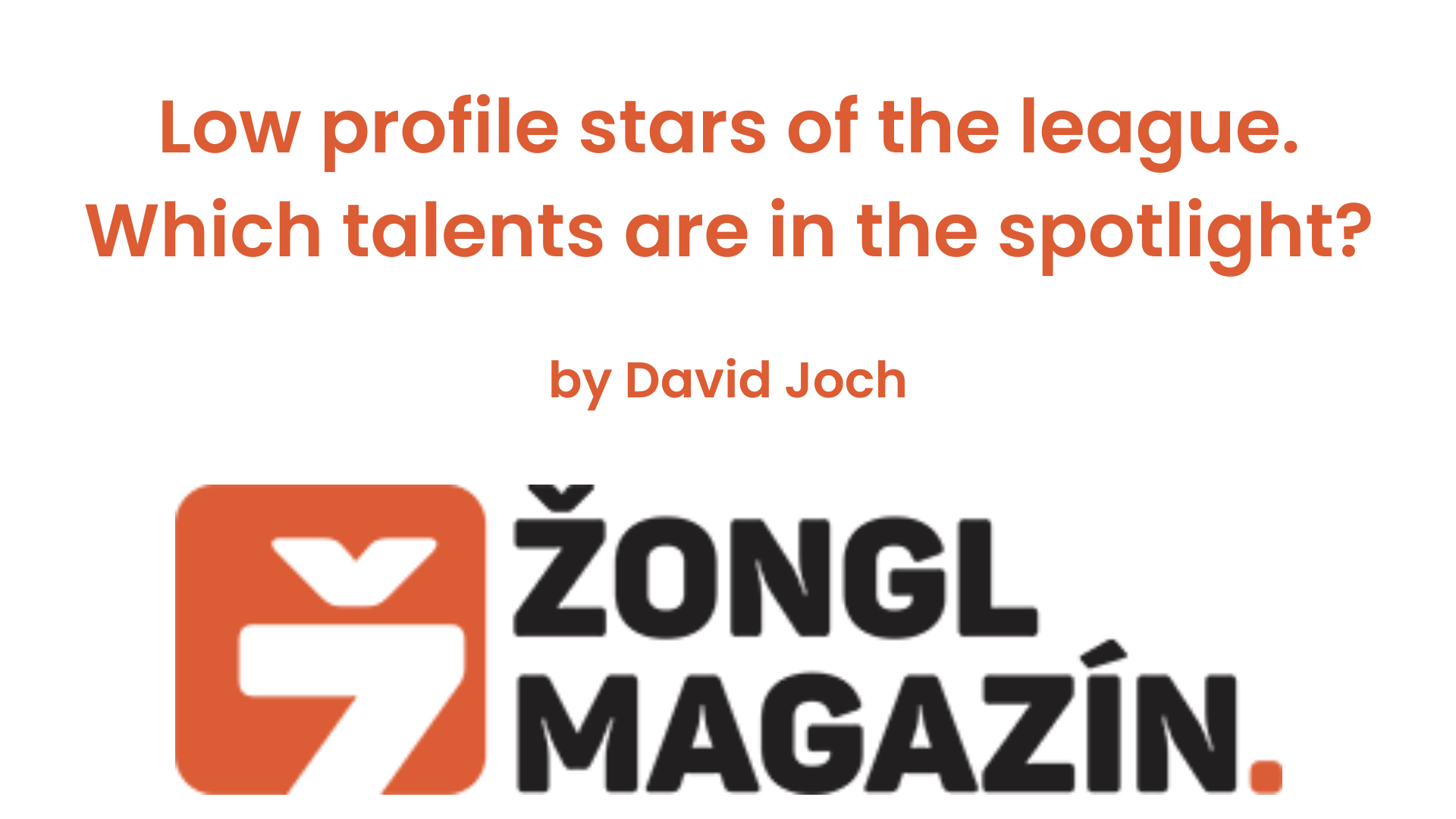 Comparisonator » Blog » Low profile stars of the league. Which talents are in the spotlight?

Low profile stars of the league. Which talents are in the spotlight?

The Fortuna League is in full swing and has already shown in its first rounds that there are players who deserve more attention. Among them are Michal Ševčík, Abdallah Gning, Mojmír Chytil and Christián Frýdek. However, these players are under scrutiny after a rocket start to the season. But what about other talents who are currently (perhaps unfairly) in their shadow?

Shapely figure, lots of fights won, but don’t be fooled. The 19-year-old stopper is one of the best quarterbacks in the league at his position. He wants to play and is not afraid to take risks even as the last player. On average, Endl goes around the opposing player 2.5 times per match, the most of all stoppers at the beginning of the league, and he uses the acquired space to set up offensive actions (3rd best in his position).

This is exactly Endl’s strength, which immediately caught the attention of Prague’s Slavia. She sees in the talent from Brno a similarity with David Zima, who, after coming from Sigma Olomouc under the leadership of Jindřich Trpišovský, rocketed in performance. A similar scenario is being sketched out by the stitching even now, but standing in the way is a demanding Brno club, which has no reason or need to get rid of its best players.

Even so, it can be expected that Slavia will try in Brno in the winter.

Forward Mojmír Chytil is the comet in Sigma’s team so far, there is no need to question that. However, a lot of credit goes to Rűsek, who is ranked one position lower. He works like a locksmith who has a universal key to unlock every defense. The 23-year-old offensive all-rounder reigns supreme in the attacking space, he can tear apart the defensive wall with his movement or accelerated pass.

Rųsek is the second-most-scoring offensive midfielder (3.07 shots per game). What stagnates him, however, is productivity. Despite the unquestionable contribution to the team, he has only one goal in the box so far, despite the fact that he dominated the pre-season with shots. Over the summer, he belonged to the short list of selected reinforcements of Sparta sports director Tomáš Rosický. In the end, only one player, four years younger Kryštof Daněk, headed to Letná from Androva Stadium.

Another offensive all-rounder, this time in the Votroks team. The Slovácko protégé was a guest in Hradec Králové last year, and Miroslav Koubek immediately took a liking to him. It’s a bit surprising that the parent club let him go to the Czech Republic without any problems in the summer, when he himself solved the lack of strikers, because it was under an experienced coach that Kubala was able to mature rapidly in football.

Kubala prides itself on its flexibility. It suits him to start in the top two, but he also alternates skillfully on the right wing. Overall, he is a predatory type of player who instantly attacks the opponent’s play. This only confirms the fact that he is the third most frequent “receiver” of balls in his position.

After the departure of Adam Vlkanova, coach Koubek will certainly rely more on Kubala, which can help the promising attacker tremendously. It is also worth mentioning that in the current season he has already scored two goals and set up two more for his teammates. For the whole of last year, his balance was 5 goals and 4 assists.

He came as a completely unknown player, performed at the tests, convinced the coach, flew into competitions like a hurricane. Maybe like an over-excited hurricane. The beginning of his season was accompanied by mistakes and he solved many situations hastily. However, it can be seen that Martin Svědík has already gotten under his skin and Doski looks better with every match. If you continue like this, you won’t be able to enjoy the beautiful Moravian environment for very long.

The 22-year-old Iraqi possesses great technique, a dangerous left-hander and has speed patterns for dangerous “counter-attacks” across the field. The system with three defenders suits him perfectly, where he is located on the edge of the midfield and thus has more freedom going forward, but we also saw his performance against Fenerbahce, where his tandems with Daniel Holzer gave the Turkish defense a hard time.

In addition, Doski is not a timid type of player who is afraid to take the situation on himself. He is the third most frequent dribbler on the left side of the midfield, and in terms of his 1v1 success, he is the second best. Matches in Europe will very quickly move him above the standard of our league.