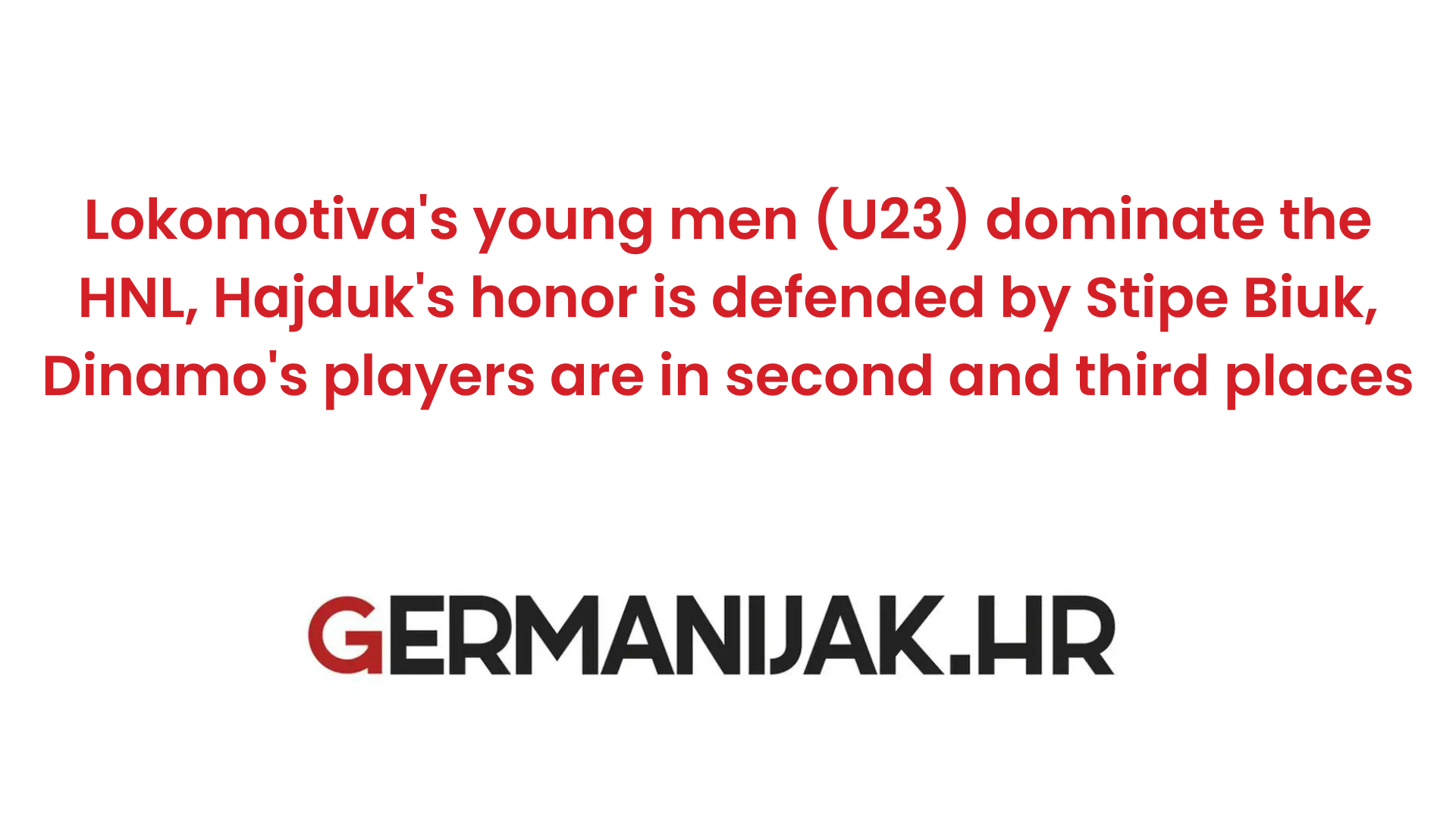 Lokomotiva’s young men (U23) dominate the HNL, Hajduk’s honor is defended by Stipe Biuk, Dinamo’s players are in second and third places

Comparisonator, a player comparison tool that uses statistical data from InStat, analyzed the best players of the Croatian Football League under the age of 23 and came up with interesting data, some of which can be confirmed by the naked eye, and some may not.

Basically, Comparisonator’s algorithm analyzed five categories of the first eight rounds of the current season and listed five leaders in each: balls won, chances created, duels won, successful dribbles and expected goals. The order was made according to the average minutes played per game.

Thus, the best in goals scored is Nikola Soldo, who moved to Cologne on the last day of the transfer window, and two more from Lokomotiva, Jon Mersinaj and Vladan Bubanja, are among the players who are still here in the top five. The first to Solda is Adrian Leon Barišić (Osijek), and Šibenik’s Mislav Matić is in fifth place.

The two from Kajzerica, Indrit Tuci, who is just returning to serious competitive football after a serious injury, and Sandro Kulenović, are again at the top of the scoring chances created, and Dinamo’s Martin Baturina came in between them. In third and fourth place are two Hajduk players, the one from Varaždin, Tonio Teklić, and the one in the white jersey of Master from the Sea, Stipe Biuk.

Vladan Bubanja, this summer’s reinforcement from Nikšić (Sutjesk), is the first in the duels won (total in the air and on the ground), followed by the already mentioned Andrian Leon Barišić (Osijek), then Lindon Selahi (Rijeka), Tonio Teklić (Varaždin) and on fifth place Robert Ljubičić (Dinamo).

And finally, expected goals, a category based on shots on goal. The first is Dion Drena Beljo (Osijek) with 0.52 goals per game, followed by Sandro Kulenović (Lokomotiva) with 0.45 and Dario Špikić (Dinamo) with 0.39, and the top five are rounded off by Lokomotiv’s Ibrahim Aliyu (0.34) and Varaždin’s Michele Šego (0.3). (N.L.)