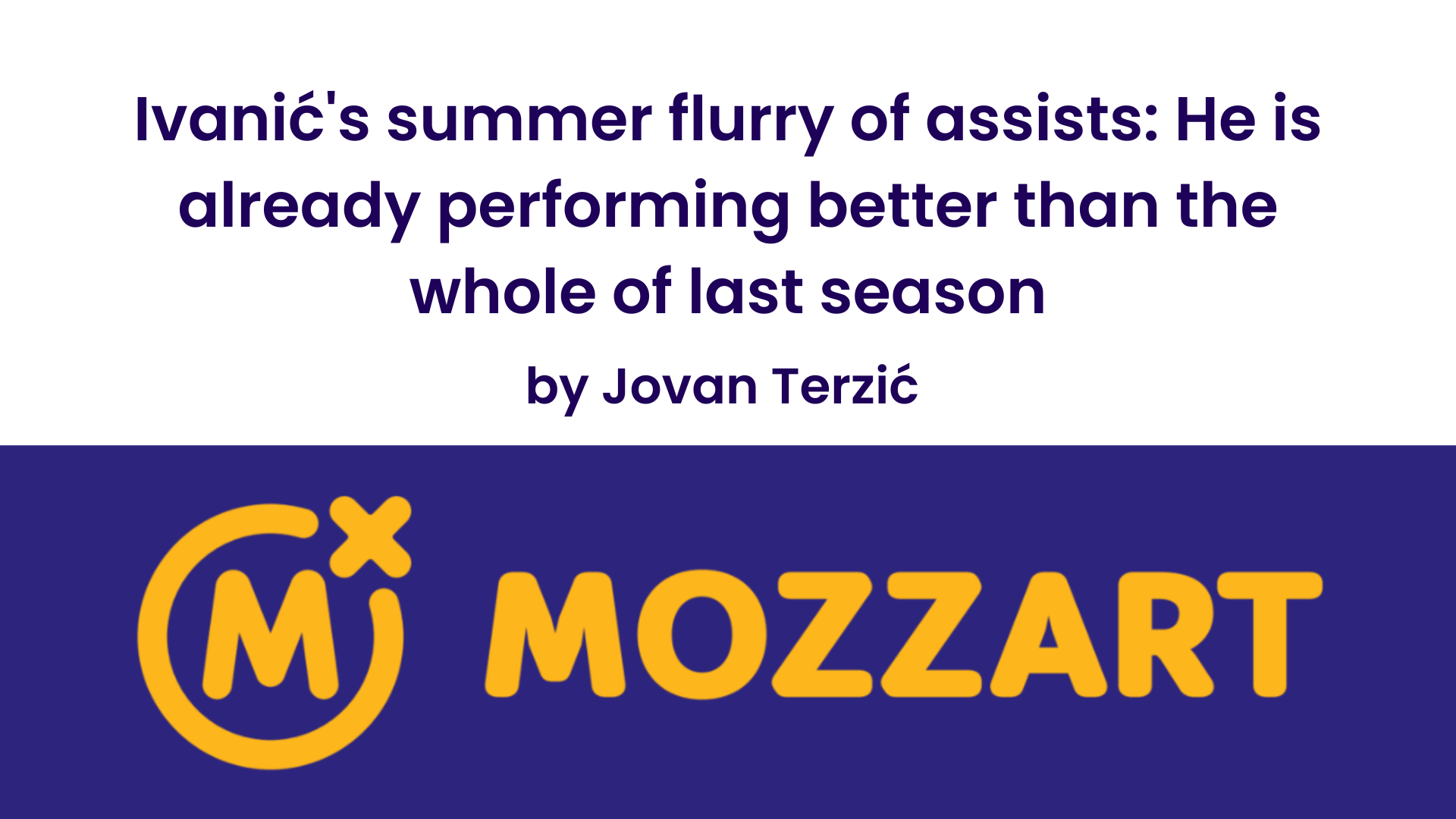 Comparisonator » Blog » Ivanić’s summer flurry of assists: He is already performing better than the whole of last season

Ivanić’s summer flurry of assists: He is already performing better than the whole of last season

The Red Star midfielder continued where he left off last spring

Mirko Ivanić had a crisis period after arriving at Crvena zvezda. He did not play at the level at which he stood out while wearing the jersey of BATE Borisov, and before that, Vojvodina. It threatened to be one of the many transfer failures of the red and whites, but then the situation changed drastically.

With the arrival of Dejan Stanković on the bench, the withdrawn midfielder woke up and played as if in a trance. Since January 2020, his form has been constantly on the rise, he fit in great with Aleksandar Katai and Milan Rodić, so attacks on the left side were the strongest weapon of the red and whites last season. Ivanić had a “double-double” with 23 goals and 10 assists in 55 matches, which is his most efficient performance in his career, and this summer he decided to bully opposing defenses in a different way, so he changed his arsenal.

In the previous five matches of Crvena Zvezda in the Mozzart Bet Superliga, Mirko Ivanić has already collected eight assists, which is one more than for the entire last season of the domestic championship, and as he also played Osman Bukari for the fourth goal against Pjunik in the Champions League qualifiers, more he lacks one assist to equal the total performance by that parameter in the last competitive year.

Ivanić especially shone in Saturday’s clash with Voždovac, against whom he recorded a hat-trick of assists, and spiced up a great team game with a goal for the final 4:0. In the current Mozzart Bet Super League, the 28-year-old from Bački Jark averages 1.56 passes that his teammates convert into goals, and 1.75 passes for shots (which does not necessarily mean that a goal will follow). Although with the two goals so far he is less effective as a goal scorer than in the previous competitive cycle, Ivanić collected eight shots on goal in five matches, and the advanced statistics of the Komparisonator platform also show that the red and white midfielder had 13 successful dribbles out of 20 attempts, he participated in 41 offensive actions, 22 of which resulted in a goal…

All this contributed to Red Star having a maximum of 15 points, with as many as 21 given and only one conceded goal, while on the international stage they registered two victories with a goal score of 7:0.

For the sake of comparison, Marko Obradović from Spartak is currently the first behind Mirko Ivanić in the Mozzart Bet Superliga assist list with three.

Last season, Ivanić entered the “150 club” in terms of number of appearances for Crvena zvezda, at the beginning of this season he scored his jubilee 50th goal, and he is currently on a total of 41 assists since arriving from Belarus to Ljutice Bogdan. As he started, he could very quickly surpass Katai’s 13 assists from last season, by which “Magiko” led Dejan Stanković’s team.