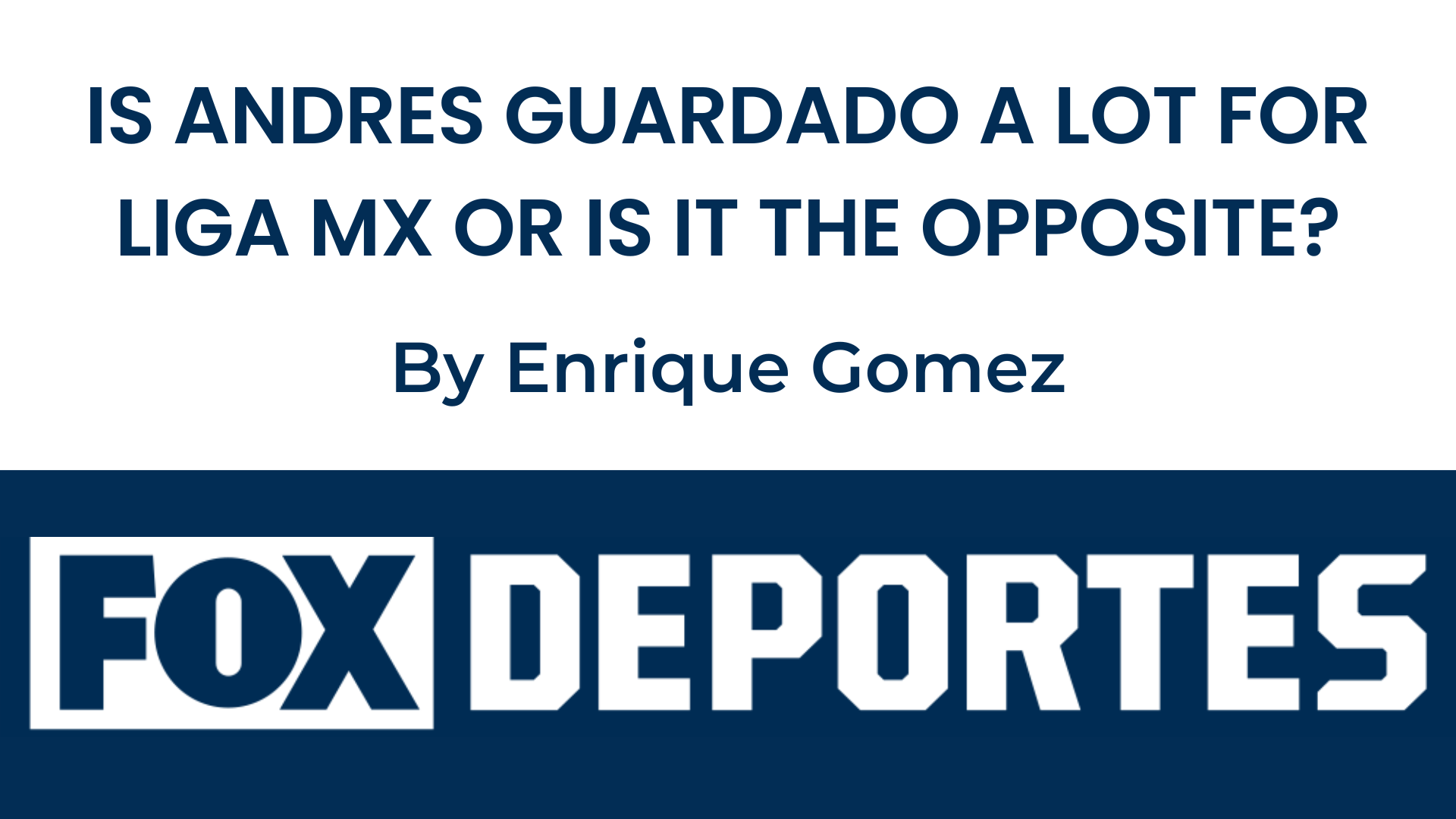 Comparisonator » Blog » IS ANDRES GUARDADO A LOT FOR LIGA MX OR IS IT THE OPPOSITE?

Although the numbers and the Atlas do not believe in him, the ‘Little Prince’ continues in the best events

Does Liga MX fall short for Andrés Guardado or is the player no longer at the level of Mexican soccer? The ‘Little Prince’ comes from being a starter in the Europa League , but the truth is that he plays less and less at Betis.

Age is just a number and besides, even numbers can be misleading, otherwise it is not explained how the veteran midfielder continues to play at the highest level and continues to start in some high-demand games, when his general ratings would not even be top in Mexican soccer.

The contribution of the ‘Little Prince’ at Betis is so special that not even the statistics can understand it, but could Andres still shine in Mexican soccer if he decided to return in 2023 once his contract with the Spanish team ended? Atlas thinks not and the numbers suggest the same, but for some reason he is about to play his fifth World Cup with the Mexican National Team.

But if Guardado wants to play one last time in Liga MX, he must make the decision now.

With his contributions on the pitch during the previous season at Betis, how would Andrés do in Liga MX? The Comparisonator app ranks it outside the top 10.

· It would be number 12 among all players in his position

· But he would be number 1 in long passes, better than ‘Charly’ Rodríguez

· In ball recoveries and defensive actions it would be number 15

· Of course, in terms of passes it would be the fourth best contention in Mexico

· He would also stand out in duels, as he would be the fifth best in the league

· Already in the rest of the offensive and defensive statistics, it falls short

Beyond what the figures can reveal, the leadership of Guardado, his contribution to the group and what his presence on the pitch means, cannot be measured, because José Mourinho himself praised him for something, saying that “he is very , very good” and that he has evolved “into a more cerebral player”.

Although the Atlas board and the numbers doubt it, Andrés continues to have a lot of soccer and it will be his decision if he wants to take his last chance to return to Liga MX after 15 years in Europe.