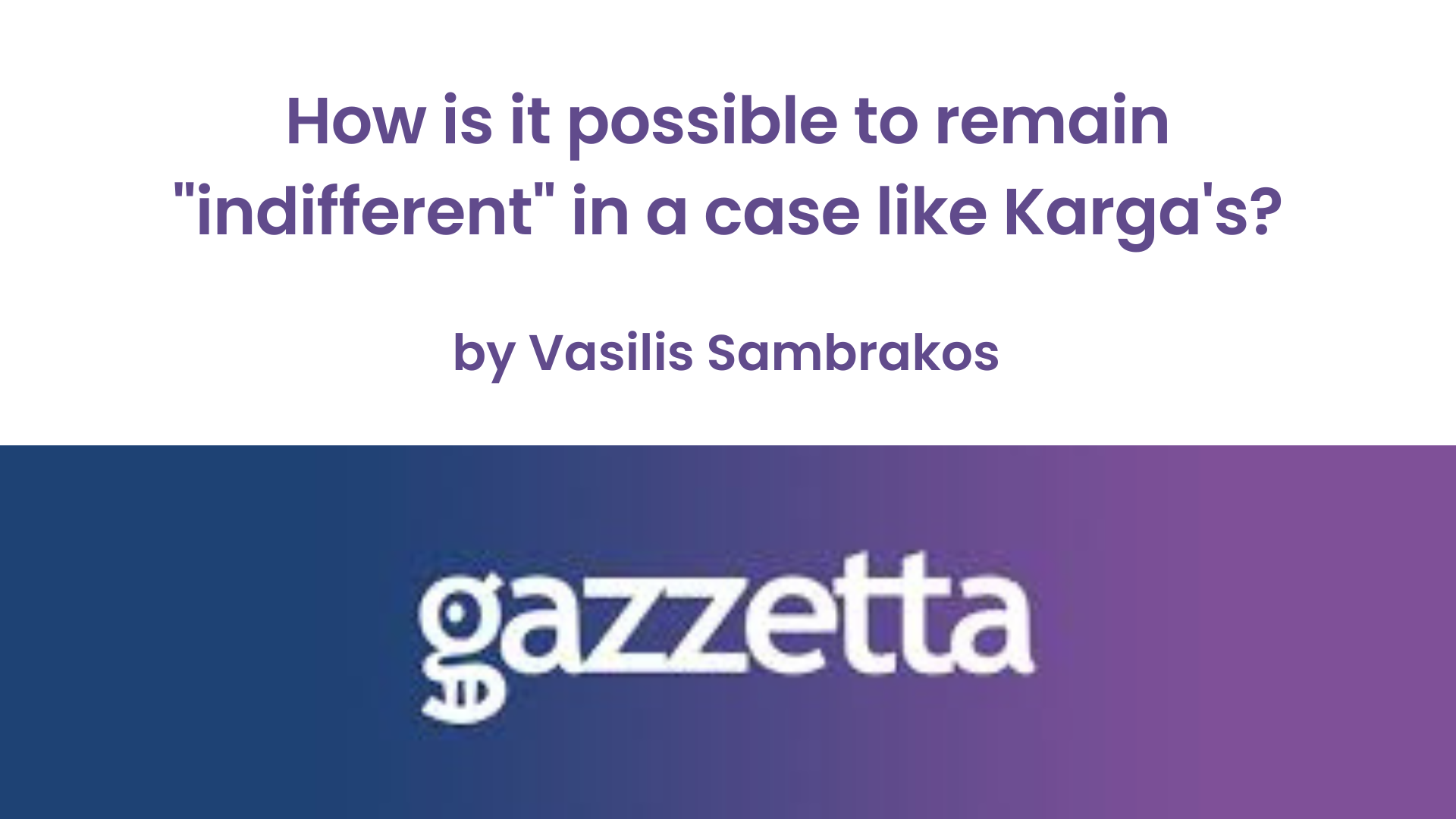 Comparisonator » Blog » How is it possible to remain “indifferent” in a case like Karga’s?

How is it possible to remain “indifferent” in a case like Karga’s?

Vassilis Sambrakos studies the evaluation of the performance of Giannis Kargas in Superleague 2022 and wonders why the big teams, who need Greek footballers, have not given him much importance.

Until I started reading in the reports about PAOK’s interest in the acquisition of Yannis Kargas , I was left with the question of how and why the big teams remain “indifferent” in front of the season that the 27-year-old central defender had with PAS Giannina. He was, documentedly, one of the best center backs in the Greek league, and one of the top performing Greek central defenders in the season that ended, as is easily seen if one compares his performance with that of the rest of the central defenders through a platform like the Comparisonator.

Kargas left behind a season during which the average of his successful actions in a game exceeded 72%. Winner of 60% of duels (and 57% of aerial duels), the first player in the league in interceptions and the fifth in blocked shots. And his performances stood out in the attacking phase as well, as he was the league’s first central defender in successful passes in the attacking third, first in key passes, first in successful long passes. A stopper who passed the ball through a lot (3rd centre-back in ball slots) released it with an average pass accuracy of over 86%.

Given that not many Greek central defenders with similar performances have been released, and considering the permanent need of the big teams to acquire Greek footballers, the case of Kargas “screams” that it makes sense to focus on her. If one even compares the statistical data and the elements of the competitive mentality and the leadership character he showed during the season even in the games against opponents with “heavy” jerseys, Kargas looks even more attractive.

A 27-year-old centre-back, with international performances as he has been tested twice abroad (Belarus, Bulgaria), who is coming off two full and good seasons with PAS Ioannina, and has stood out, given that comparing his performance to the figures of the other central defenders sets him apart both in the Superleague and among all Greeks in his position, he looks attractive. And we are talking about someone who has a contract for another year and therefore cannot be “expensive”.

The case of Karga shows an aspect of the mentality of the executives of the Greek football market. They often ignore the Greek footballers, either because they do not enter into the process of evaluating and comparing their performance, or because they do not perceive the Greeks as good marketing products. This is why there are cases like those of Bakaseta, Siopis, Giakoumakis, i.e. footballers who are “undervalued” in the Greek market and increase their surplus value when they emigrate.

This is a chronic problem of Greek professional football. Throughout time, i.e. since the previous decades, we Greeks were always much more dazzled by foreigners – even the “uncharted” and we gave them more importance, we showed them more patience and tolerance, and finally we respected them, in football terms, more than the Greeks . And that’s how we were flooded with foreigners and the emotional bonds that are created between the Greek football players and the fans of the Greek clubs loosened.

With all of the above, I am not arguing in favor of Karga’s transfer to PAOK. I am only underlining the obvious, what in my eyes seems obvious: when the evaluation of a football player’s performance shows you that there are reasons to trust him, then not only should you not “stick” to his origin, but instead you should seize the opportunity to strengthen the Greek element in your team – especially when in someone’s mentality and behavior you see his inclination to play “for the jersey”.