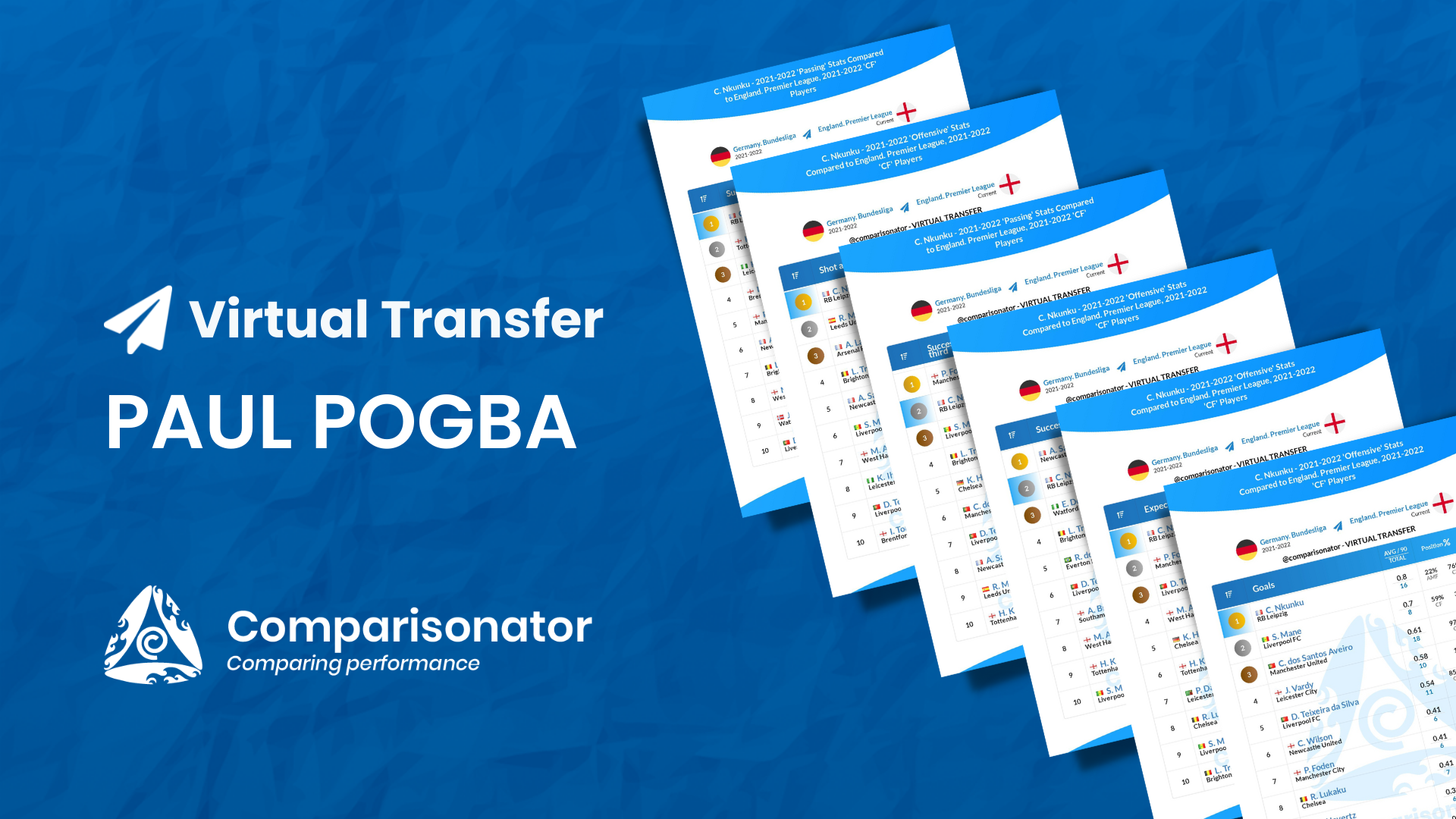 Comparisonator Virtual Transfer Series #5: In Which Country Paul Pogba Would Deliver the Best Results in Passes to Final Third (FIN3) Compared to DMF’s?

In which country Paul Pogba would deliver the best results compared to DMF’s?

To answer this question, let’s have a look at Comparisonator Virtual Transfer feature:

This feature helps to observe players’ current league performance data to another league, visualize their parameter rankings head to head within that particular country’s league against players in the same position

Platform users can visualize the player ranking in the selected target league, as he played in that particular league with his current performance.

If a Defensive Midfielder made 23.4 ‘Passes to Final Third’ per 90 minutes in Premier League, how he would rank in ‘Serie A’, comparing his results with other DMFs in the target league.

END_OF_DOCUMENT_TOKEN_TO_BE_REPLACED

Didem Dilmen
Didem Dilmen is a football writer, author and communication expert in sports, working as Director of Communications at Comparisonator.