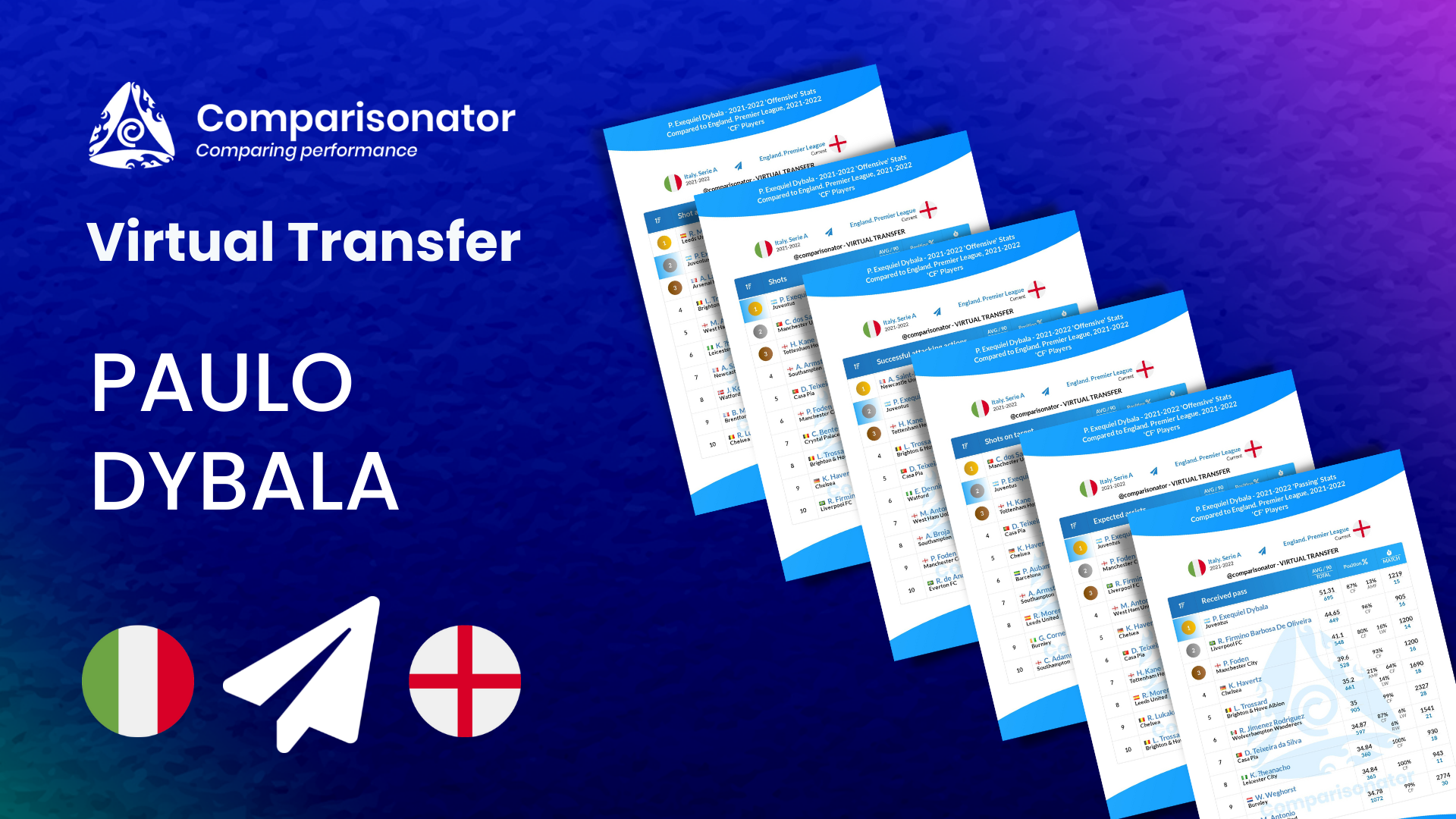 Comparisonator » Blog » Comparisonator Virtual Transfer Series #2 “What would DYBALA do in EPL with his performance in Juventus this season?

Comparisonator Virtual Transfer Series #2 “What would DYBALA do in EPL with his performance in Juventus this season?

“What would DYBALA do in English Premier League with his performance in Juventus this season?”

To answer this question, let’s have a look at Comparisonator Virtual Transfer feature:

This feature helps to observe players’ current league performance data to another league, visualise their parameter rankings head to head within that particular country’s league against players in the same position

Platform users can visualise the player ranking in the selected target league, as he played in that particular league with his current performance.

If a Centre Forward made 4.13 ‘Shots’ per 90 minutes in Italian Serie A, how he would rank in ‘Premier League’, comparing his results with other Centre Forwards in the target league.