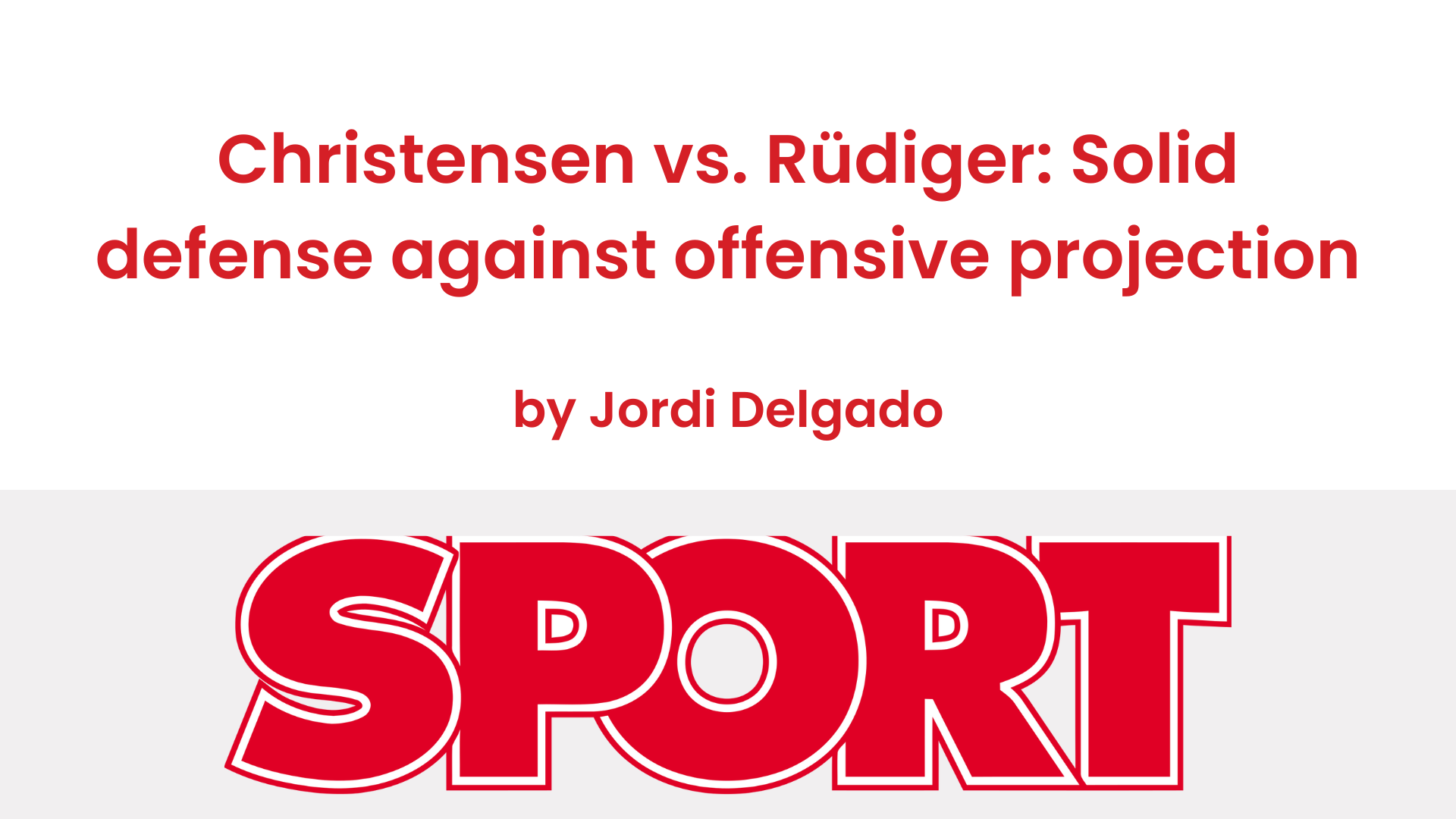 Andreas Christensen and Antonio Rüdiger have been sharing a dressing room, and even a defensive line at Chelsea, and it seems that next season they will be rivals, nothing more and nothing less than in El Clásico, FC Barcelona against Real Madrid.

The German has already confirmed his signing for the white club, while the Dane, despite the fact that the agreement exists, is awaiting the official announcement by the Barça entity.

Two defenses that, at a numerical level, have many similarities, and we compare them according to data from the Comparisonator platform accessed by SPORT.

To begin with, according to the platform’s calculations, with an index that numerically assesses successful and erroneous actions during the course of the game, Christensen is better, almost 40 points above the Real Madrid player.

Rüdiger, on the other hand, has been, of the two, the one who has had more continuity this past season with the ‘blues’, playing a total of 34 games with three goals and two assists, while Christensen has done so in 21 of them, without goalscoring statistics.

And there, in the offensive field, is where Antonio has the most outstanding statistics, with more shots, dribbling attempts, finishing touches, attack actions and expected goals, while Christensen gets more passes that lead to a shot and is more effective in the dodge.

On defense, according to Comparisonator, Andreas stands out over his former teammate, with more turnovers, interceptions, defensive actions and fewer turnovers, although more than his counterpart in his own field.

In the passing parameters, Christensen does more, but Rüdiger is the one who receives them and, at the same time, the one who achieves more that are key, longer and more in the attack zone.

In duels it is Christensen who stands out again, but Rüdiguer continues to beat him in offensive aspects. The Dane wins more aerial duels and defensive duels during the game, while Rüdiger wins more in the offensive phase.

Both players, free to finish their contract at Stamford Bridge, come to their new teams for free. The conditions of his signings, in the case of the German, would be a salary of about nine million euros net, plus a signing bonus of eight million, while the Dane would receive about five million emoluments.

Rüdiger and Christensen have played together up to 94 games in a Chelsea shirt, for more than 7,000 minutes. Soon they will play the first ones, face to face, with different shirts.