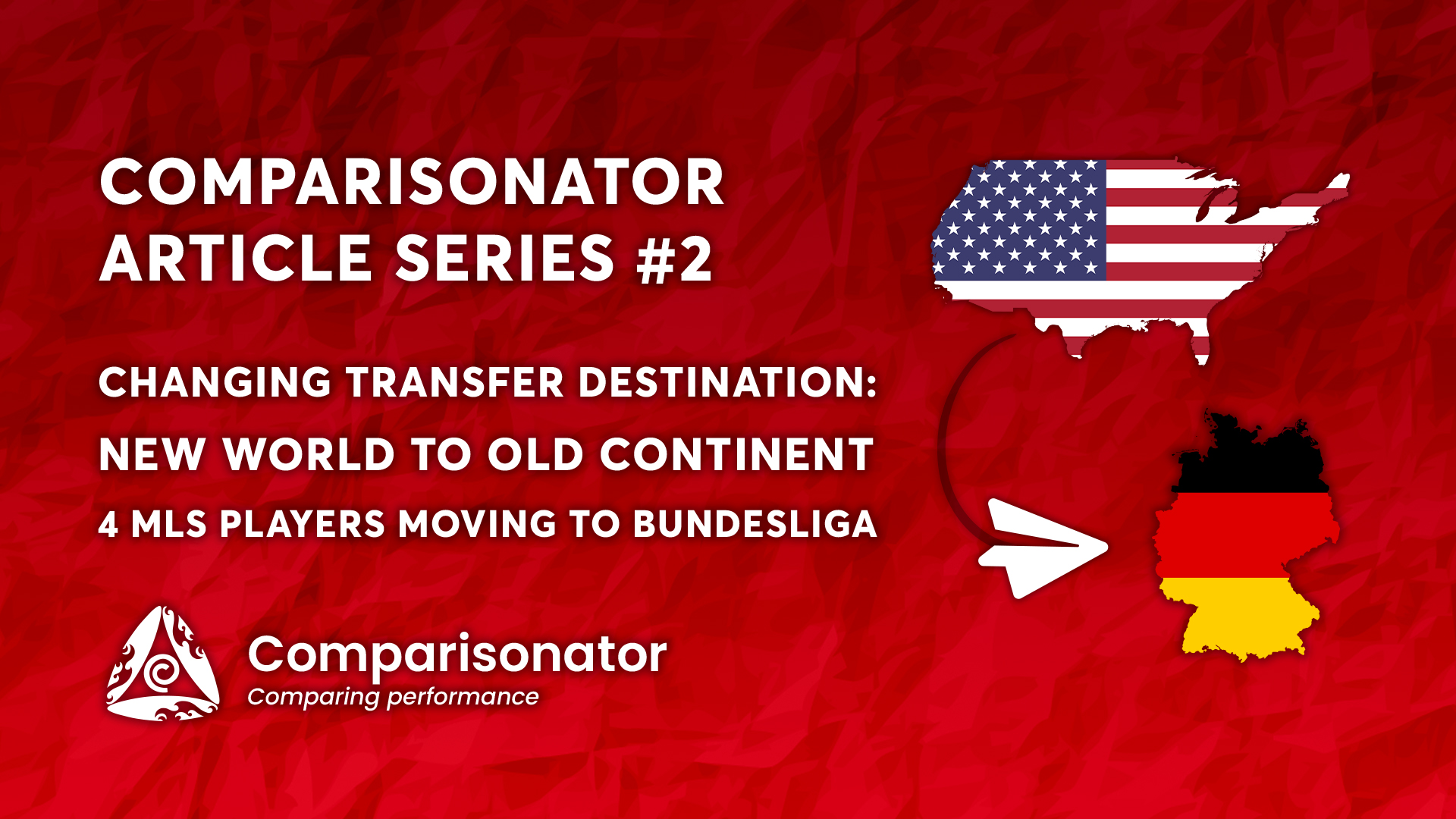 4 Transfers from MLS to Bundesliga in the Winter Transfer Period:

Since its birth in 1993, Major League Soccer played a critical role in popularizing “football” in the United States and grew its’ market share economically. In the past years, when Major League Soccer increased its’ popularity; it was a destination for star football players towards the end of their careers. However, young players who shined in MLS in recent years, have now become transfer targets of teams competing in Europe’s top leagues. In this article, we will examine 4 players who were transferred from MLS to the Bundesliga during the Winter Transfer Period.

The name at the top of our list is the young star candidate Centre-Forward Ricardo Pepi, who was recently transferred from FC Dallas to FC Augsburg for a considerable amount of 16.3 m €. Ricardo Pepi attracted attention with his 13 goals and 2 assists in MLS last season. He has already played 9 times in the United States national team despite being only 19 years old; was on the scouting radar of many European clubs. Ricardo Pepi was ranked 1st among MLS strikers with his 1.05 Shot Assists per 90 minutes last season, and he is also the 3rd striker in the league with the most Shots On Target (31). In addition, Ricardo Pepi, who is in the 3rd place among the strikers in the Ball Recoveries in the Opponent Half (13) parameter and the 2nd in the total Defensive Actions (168) number, has also reflected the versatility of his playing style to the statistics. Time will tell if he can take his potential one step further in the Bundesliga with Augsburg jersey.

The second name in our list is Left-Winger Kevin Paredes, who was transferred from D.C. United to Wolfsburg for €6.7m. 18-year-old Kevin Paredes had 3 goals and 1 assist in MLS last season. He is ranked 1st among the Left Wingers with 18.25 Defensive Action per 90 minutes. Paredes again showed a prominent performance with the parameters in Defensive Duels Won (4.39), Ball Recoveries (4.95) and Successful Dribbles (2.97) per 90 minutes. If Paredes can find a direction where he can sharpen his playing style, he has the potential to take his career to an even much higher point.

The third name on our list is Left-Back George Bello, who was transferred from Atlanta United to Arminia Bielefeld for €1.8m. He has 1 goal and 3 assists in 30 games in MLS this season. Bello stands out especially with his offensive contribution to his team, and his performance in parameters such as Successful Dribbles (1.9), Shots (0.8) and Successful Key Passes (0.44) per 90 minutes proves this. If he can reflect the outstanding Offensive performance in his game to his Defensive and Passing performance, he can become a versatile player and take his career in Europe to higher levels.

The last name on our list is Right-Back / Centre-Back Justin Che, who was transferred from FC Dallas to TSG 1899 Hoffenheim. Justin Che has 3 assists in 15 games he played in MLS this season, and also ranked 1st among right-backs in the league with 7.28 Ball Recoveries per 90 minutes, and 3rd among right-backs with 1.69 Ball Recoveries in the Opponent Half. He is supporting this defensive performance with 6.52 Defensive Duels Won per 90 minutes, and also Che proves his versatility in playing style with 0.59 Successful Key Passes per 90 minutes. Based on his physical capacity, Che can also play as a central defender and depending on what Hoffenheim has plans for him, he will choose the main position regarding his career progress.

Data Comparisons provided by Comparisonator is for educational purposes only and not intended to be monetized.