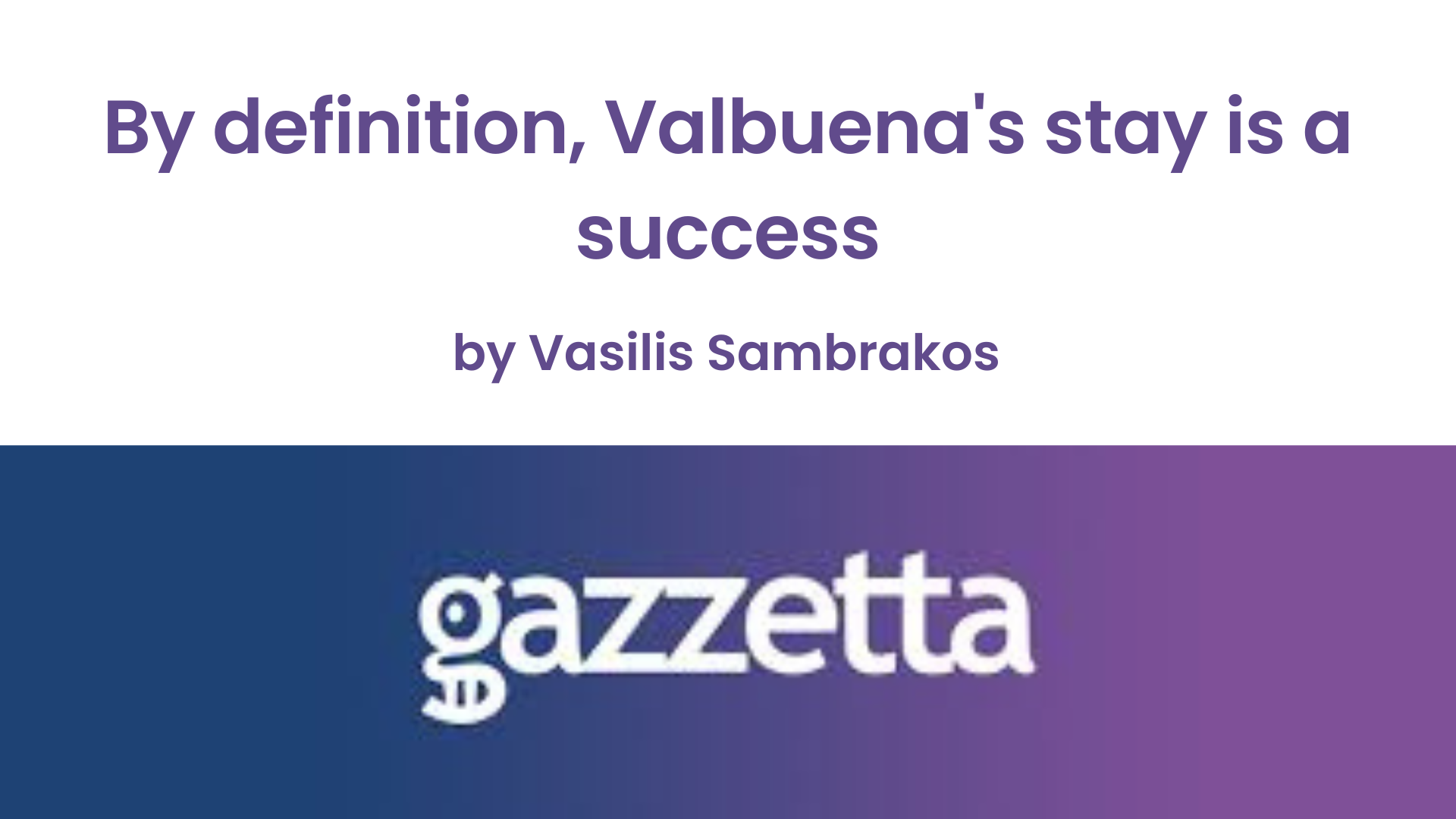 By definition, Valbuena’s stay is a success

Vassilis Sambrakos compares the performance figures of the French star with the rest of the Superleague 2022 players and writes about the values ​​that Olympiacos “bought” with the extension of his contract.

Mathieu Valbuena will turn 38 next September, so if football lived in today’s 20-year-old era we’d all be looking to understand why Olympiacos finds it meaningful to extend the French star’s contract and look for the value offered in his contribution in the dressing room mentality. Except that today we have 2022 and football lives in the era when it can give documented explanations for every decision made. And in the case of Valbuena, the observer does not need to get into the pieces of the mentality to perceive the value that Olympiacos “buys” by extending his contract.

In the completed season, Valbuena’s 568′ minutes in the Superleague is someone who, in average performance, stands at the top of the list formed by the footballers who played in his position. Obviously the list seems fictitious because it creates the feeling that he was the best. He was not the best, he was the one with the best performances in the time he played, which was less compared to the majority if not all footballers who play in the same positions.

Evaluating and comparing his performance through a platform like Comparisonator explains that at 37, the Frenchman remains someone who can contribute to a championship team because he has found a way to get himself in good playing condition even when he faces the challenge of a lack of game pace because he doesn’t get a streak of 90 minutes.

Valbuena left behind a season with a 62% efficiency average in all of his actions on the field. Given that this was a season in which he usually came off the bench, the sample lends itself to prejudging his contribution in a similar role in the new season. Over the course of the 2021-22 season Valbuena, someone who in previous years seemed to be affected when he didn’t have a streak and found it difficult to easily get yourself in the best playing condition, found a way to go above and beyond and bring out his quality in smaller holdings. In other words, the season that Valbuena left behind showed Pedro Martins that thanks to the steps he took in the part of his competitive mentality,

All of the above would be enough to explain Olympiakos’ choice to keep Valbuena. In reality, however, there is another more than important reason for Olympiacos to keep the Frenchman on its roster: the test of the Champions League qualifiers. A player who has proven so many times in the past that he can be a game changer and has a winning mentality is more than useful in the hands of a coach who aims to field a team as mature as possible in managing situations in approx. one month from today. In other words, Olympiacos would make sense to keep Valbuena on their roster even if they were only betting on what they can get from him in July and August. And it is indeed so, if one looks at it from this point of view.