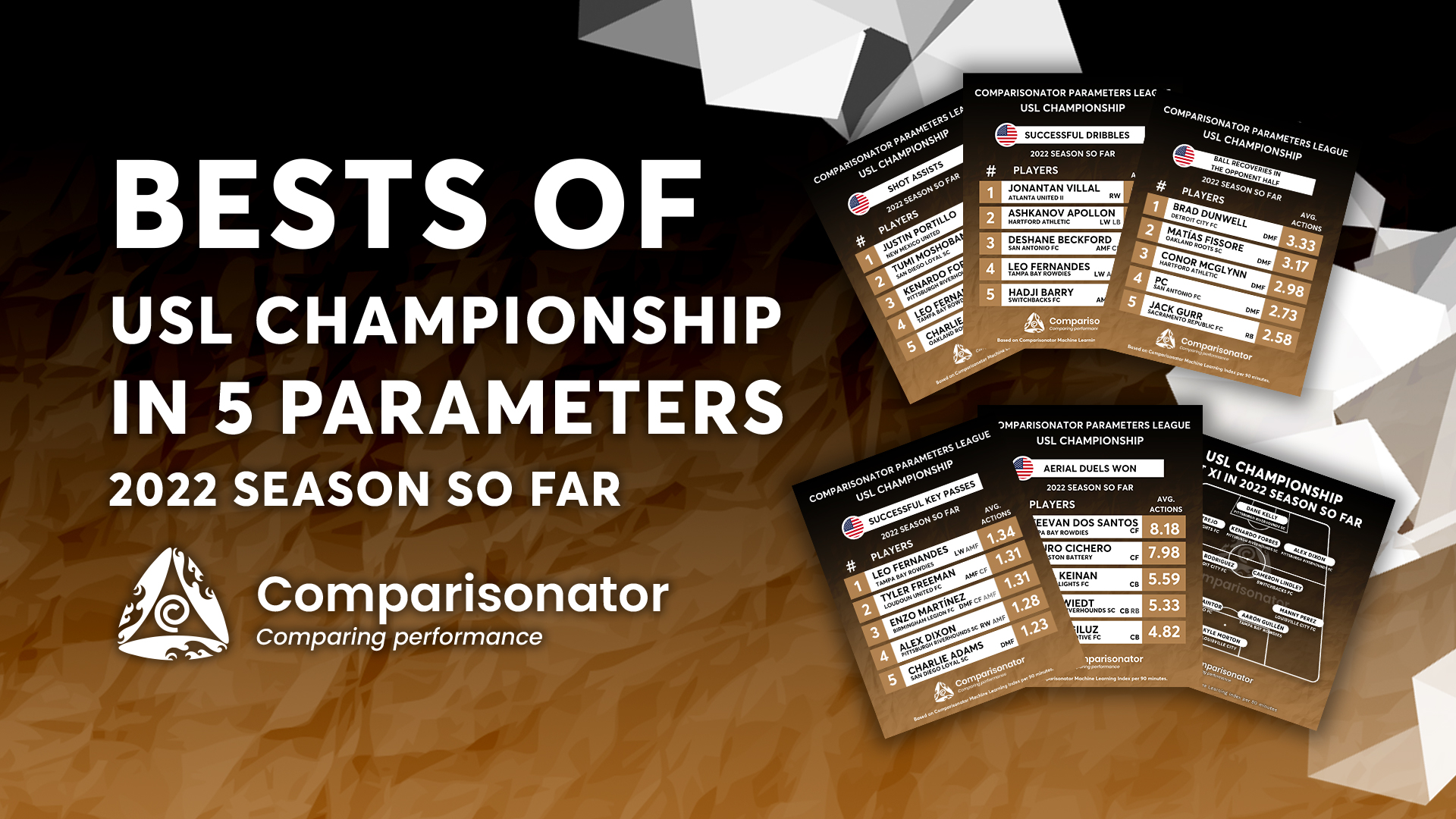 Bests of USL Championship in 5 Parameters – 2022 Season So Far

The Comparisonator team analysed the best players in selected parameters & Best XI of the USL Championship in the 2022 Season So Far.
The best 5 players ranked in the selected parameters based on the matches played so far this season. These players ranked according to their per 90 min averages. In this analysis, the Comparisonator team used the Parameters League feature of the Platform.
Best XI of USL Championship is based on Comparisonator Machine Learning Index.
Please note that all numbers are per 90 min data from the 2022 Season So Far.

In the Ball Recoveries in the Opponent Half parameter, Brad Dunwell is in the first place with a stat of 3.33 per 90 min. He is followed by Matías Fissore (3.17) from Oakland Roots SC and Conor McGlynn (2.98) from Hartford Athletic.

In the Shot Assist parameter, Justin Portillo from New Mexico United is leading with 3.34 per 90 minutes. Tumi Moshobane are second with 2.32 Shot Assists per 90 minutes and Kenardo Forbes (2.24) from Pittsburgh Riverhounds SC is in third place.

Steevan Dos Santos from Tampa Bay Rowdies is the best in the league in this parameter, with 8.18 Aerial Duels Won per 90 minutes. Mauro Cichero (7.98) from Charleston Battery is in second place and Dekel Keinan (5.59) from Las Vegas Lights FC is in third place.

Jonantan Villal is the best player in the league in this parameter, with 5.53 Successful Dribbles per 90 minutes. Hartford Athletic’s Ashkanov Apollon (4.98) is in 2nd place, while Deshane Beckford from San Antonio FC (4.92) is in 3rd place.

In the Successful Key Passes parameter, Leo Fernandes is in the first place with a stat of 1.34 per 90 min. He is followed by Tyler Freeman (1.31) from Loudoun United FC and Enzo Martínez (1.31) from Birmingham Legion FC.

USL Championship
Best XI of the 2022 Season So Far