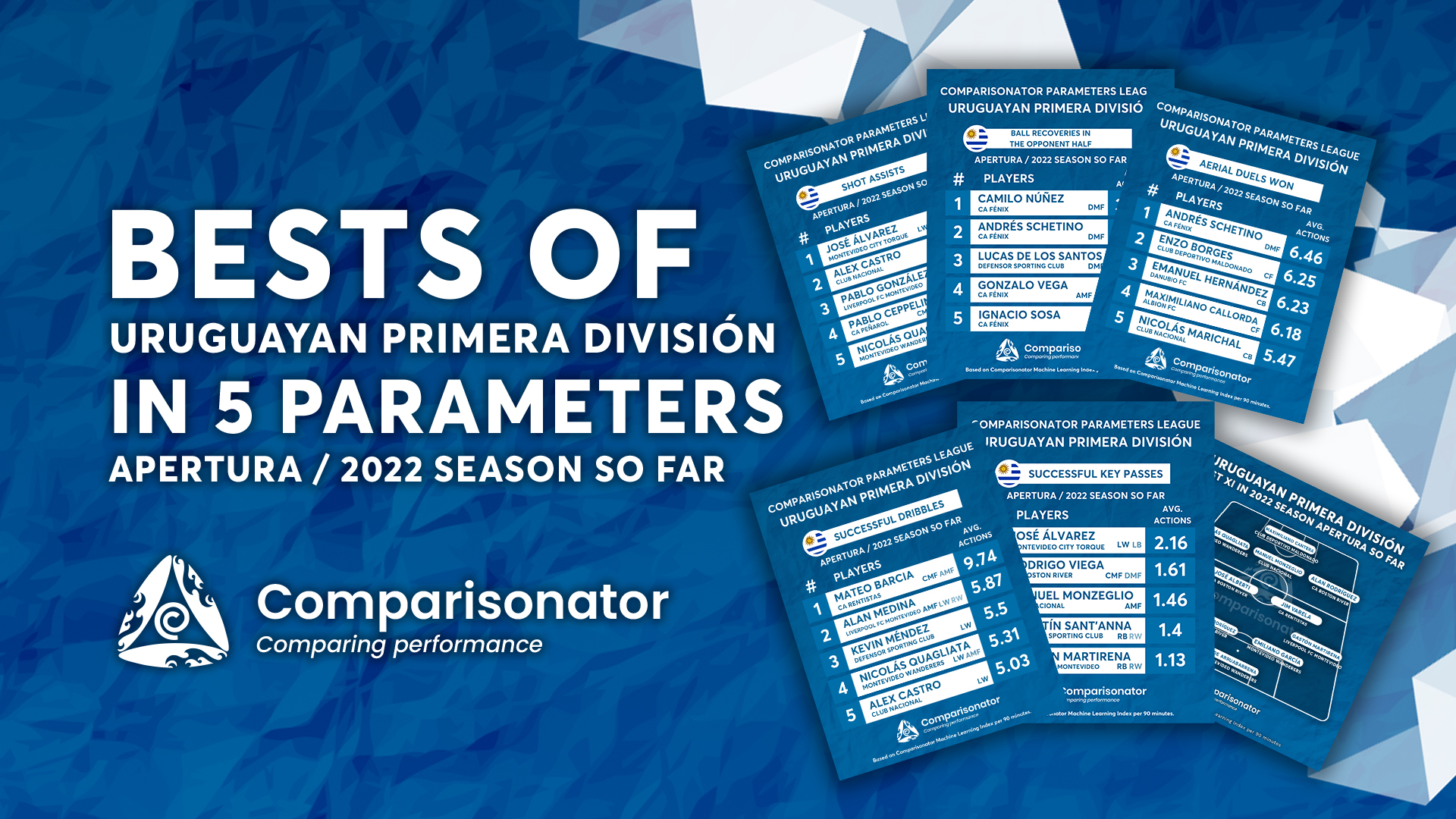 The Comparisonator team analysed the best players in selected parameters & Best XI of the Uruguayan Primera División in the Apertura / 2022 Season So Far.
The best 5 players ranked in the selected parameters based on the matches played so far this season. These players ranked according to their per 90 min averages. In this analysis, the Comparisonator team used the Parameters League feature of the Platform.
Best XI of Uruguayan Primera División is based on Comparisonator Machine Learning Index.
Please note that all numbers are per 90 min data from the Apertura / 2022 Season So Far.

In the Ball Recoveries in the Opponent Half parameter, Camilo Núñez is in the first place with a stat of 3.49 per 90 min. He is followed by Andrés Schetino (3.35) from CA Fénix and Lucas de los Santos (3.25) from Defensor Sporting Club.

Andrés Schetino from CA Fénix is the best in the league in this parameter, with 6.46 Aerial Duels Won per 90 minutes. Enzo Borges (6.25) from Club Deportivo Maldonado is in second place and Emanuel Hernández (6.23) from Danubio FC is in third place.

Mateo Barcia is the best player in the league in this parameter, with 9.74 Successful Dribbles per 90 minutes. Liverpool FC Montevideo’s Alan Medina (5.87) is in 2nd place, while Kevin Méndez from Defensor Sporting Club (5.5) is in 3rd place.

In the Successful Key Passes parameter, José Álvarez is in the first place with a stat of 2.16 per 90 min. He is followed by Rodrigo Viega (1.61) from CA Boston River and Manuel Monzeglio (1.46) from Club Nacional.