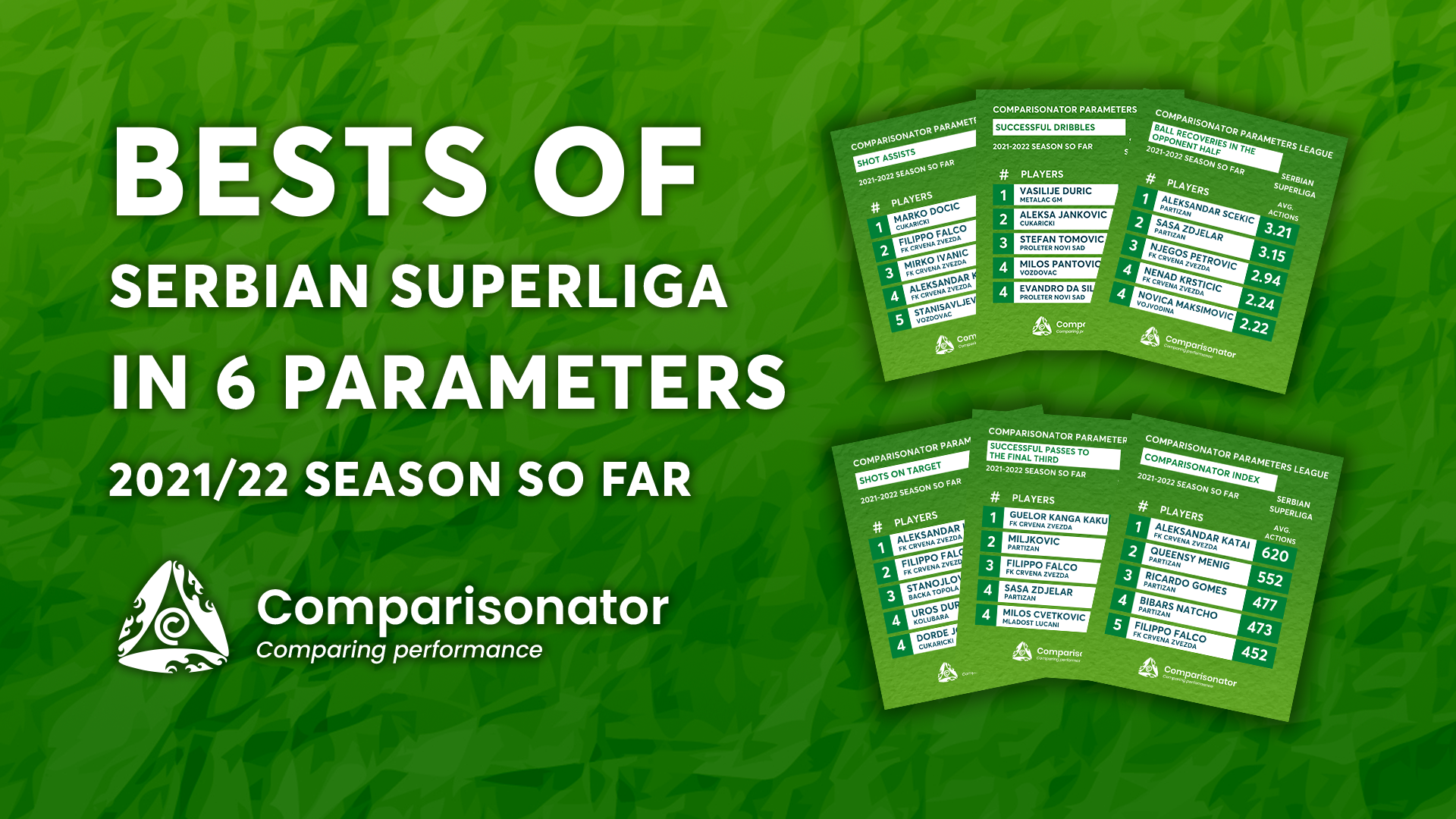 Comparisonator team analyzed the best players in selected parameters with their performances in the Serbian Super Liga in 2021/22 Season so far.

In the Shot Assist parameter, Marko Docic from Cukaricki is leading with 2.6 per 90 minutes. Red Star Belgrade players; Falco is second with 2.29 and Ivanic is third with 2.14 per 90 min.

In the Successful Dribbles parameter, Vasilije Duric is in the first place with a stat of 4.61 per 90 min. He is followed by Jankovic (4.25) from Cukaricki and Tomovic (3.9) from Proleter Novi Sad.

Guelor Kanga Kaku is the best player in the league in this parameter, with 28.73 Successful Passes to Final Third per 90 minutes. Partizan’s Aleksandar Miljkovic (24.41) is in 2nd place, while Filippo Falco (23.59) from Red Star Belgrade is in 3rd place.