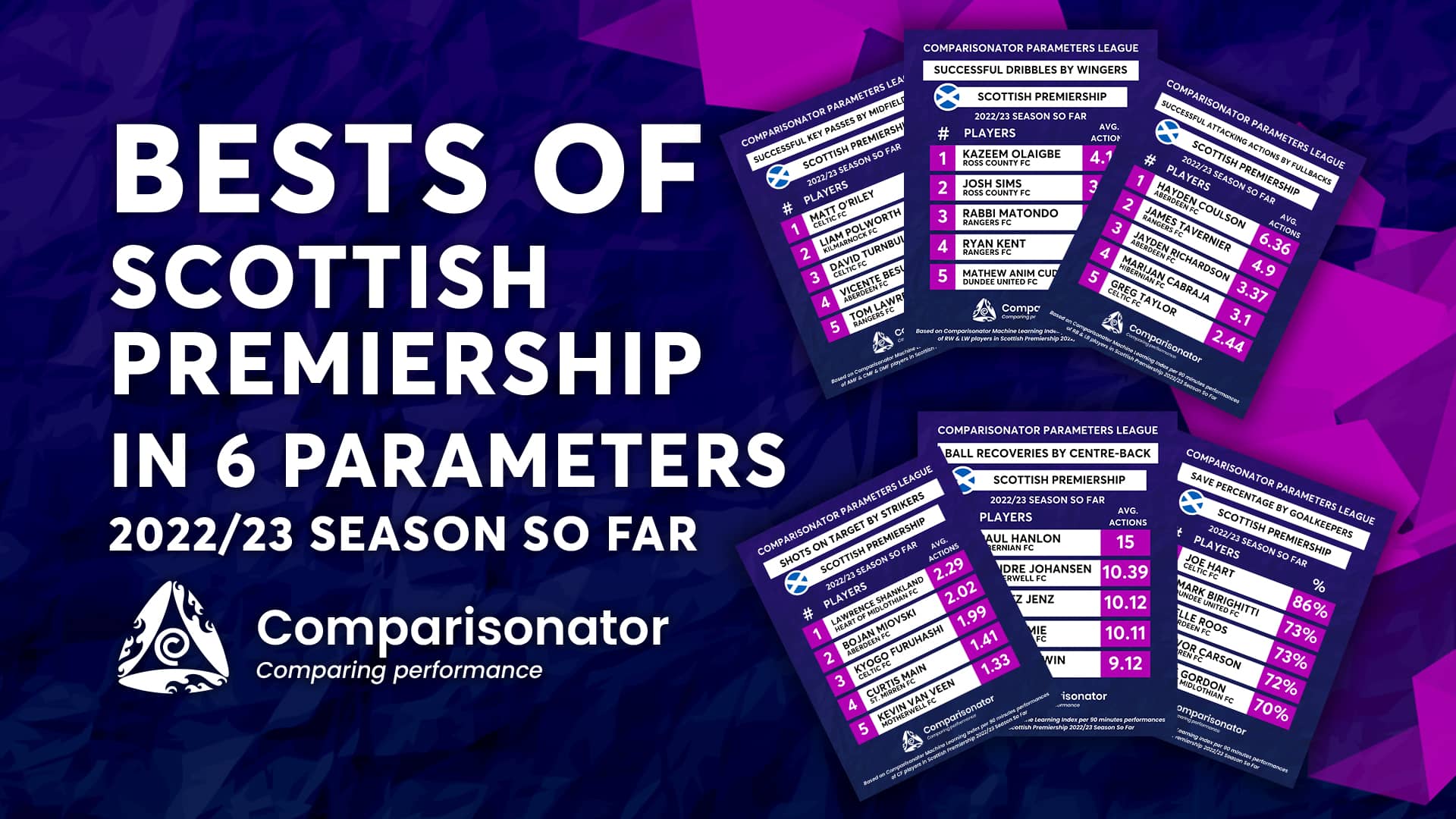 The Comparisonator team analysed the best players in selected parameters of the Scottish Premiership in the 2022/23 Season So Far.

Best Players of Scottish Premiership in Their Positions in Selected Parameters

In the Saves Percentage parameter by Goalkeepers, Joe Hart is in the first place with a Save Percentage of 86%. He is followed by Mark Birighitti (73%) from Dundee United FC and Kelle Roos (73%) from Aberdeen FC.

Matt O’Riley is the best player in the league in this parameter by Midfielders, with 1.52 Successful Key Passes per 90 minutes. Kilmarnock FC’s Liam Polworth (1.34) is in 2nd place, while David Turnbull from Celtic FC (1.06) is in 3rd place.

Successful Dribbles parameter by Wingers, Kazeem Olaigbe is in the first place with a stat of 4.19 per 90 min. He is followed by Josh Sims (3.95) from Ross County FC and Rabbi Matondo (3.58) from Rangers FC.

Shots on Target parameter by Strikers, Lawrence Shankland is in the first place with a stat of 2.29 per 90 min. He is followed by Bojan Miovski (2.02) from Aberdeen FC and Kyogo Furuhashi (1.99) from Celtic FC.