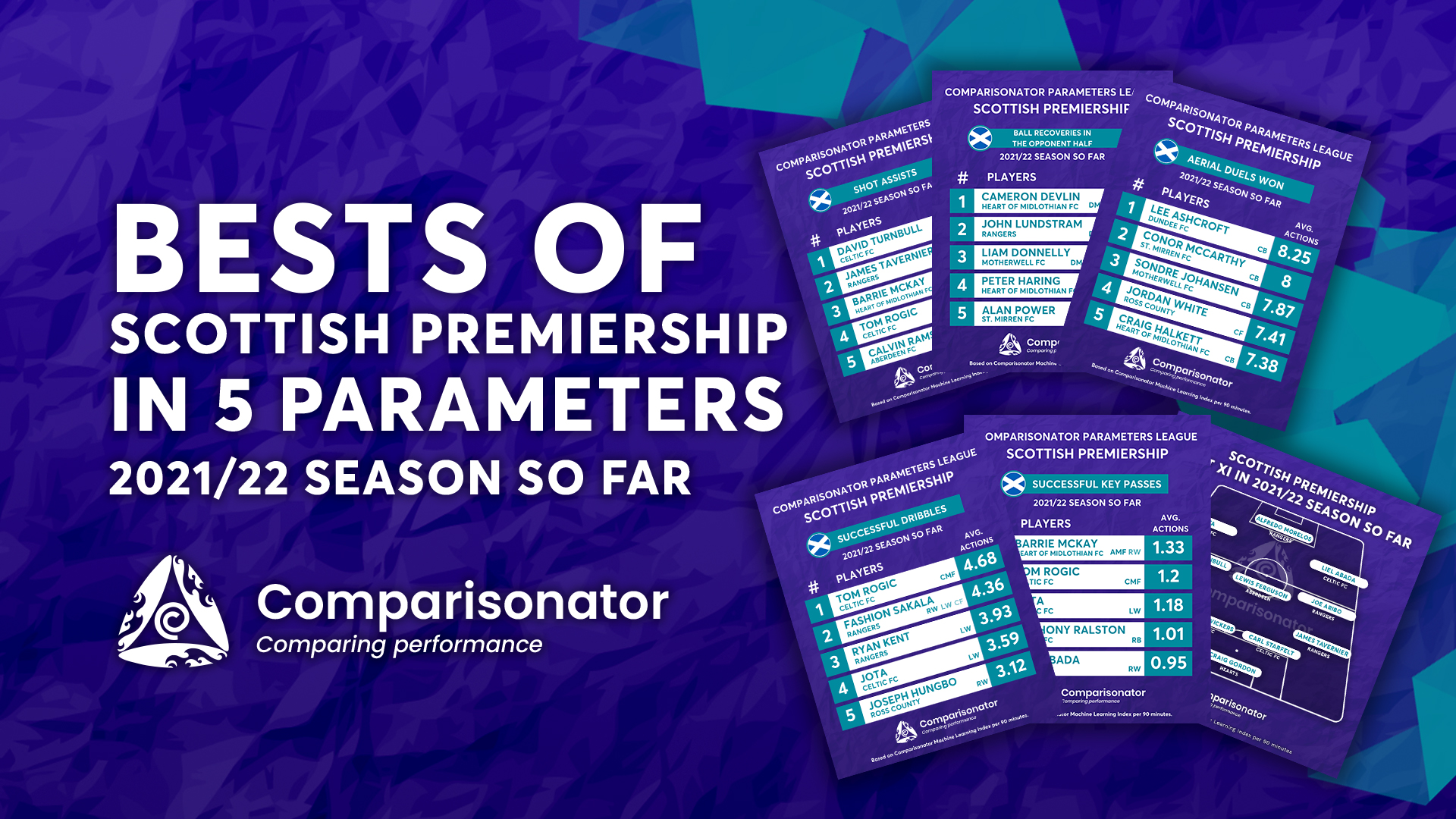 The Comparisonator team analysed the best players in selected parameters & Best XI of the Scottish Premiership in the 2021/22 Season So Far.
The best 5 players ranked in the selected parameters based on the matches played so far this season. These players ranked according to their per 90 min averages. In this analysis, the Comparisonator team used the Parameters League feature of the Platform.
Best XI of Scottish Premiership is based on Comparisonator Machine Learning Index.
Please note that all numbers are per 90 min data from the 2021/2022 Season So Far.

In the Ball Recoveries in the Opponent Half parameter, Cameron Devlin is in the first place with a stat of 1.98 per 90 min. He is followed by John Lundstram (1.91) from Rangers and Liam Donnelly (1.9) from Motherwell FC.

In the Shot Assist parameter, David Turnbull from Celtic FC is leading with 3.02 per 90 minutes. James Tavernier are second with 2.19 Shot Assists per 90 minutes and Barrie McKay (1.98) from Heart of Midlothian FC is in third place.

Lee Ashcroft from Dundee FC is the best in the league in this parameter, with 8.25 Aerial Duels Won per 90 minutes. Conor Mccarthy (8) from St. Mirren FC is in second place and Sondre Johansen (7.87) from Motherwell FC is in third place.

Tom Rogic is the best player in the league in this parameter, with 4.68 Successful Dribbles per 90 minutes. Rangers’ Fashion Sakala (4.36) is in 2nd place, while Ryan Kent from Rangers (3.93) is in 3rd place.

In the Successful Key Passes parameter, Barrie Mckay is in the first place with a stat of 1.33 per 90 min. He is followed by Tom Rogic (1.2) from Celtic FC and Jota (1.18) from Celtic FC.

Scottish Premiership
Best XI of the 2021/22 Season So Far