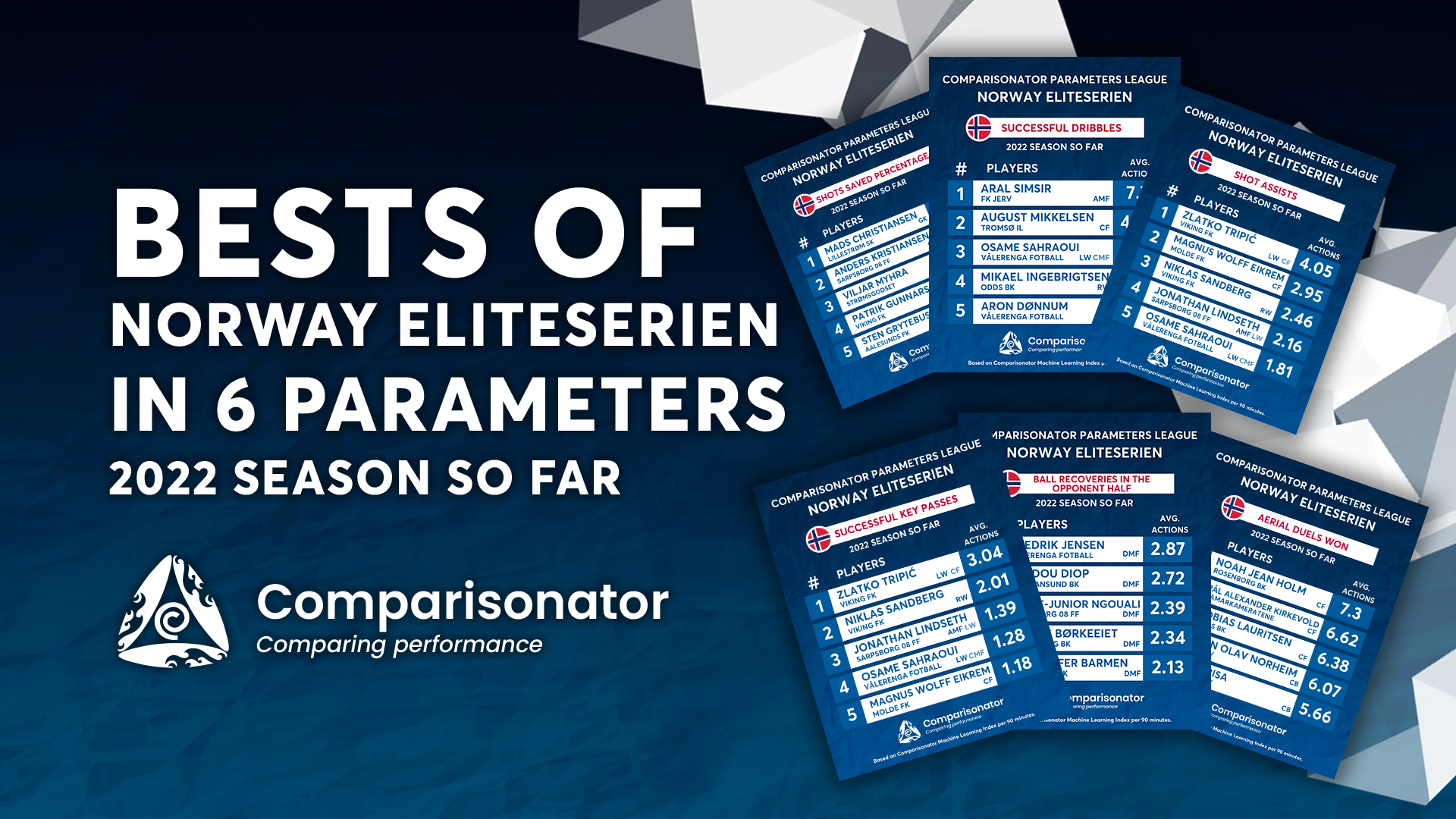 Bests of Norway Eliteserien in 6 Parameters – 2022 Season So Far

The Comparisonator team analysed the best players in selected parameters of the Norway Eliteserien in the 2022 Season So Far.
The best 6 players ranked in the selected parameters based on the matches played so far this season. These players ranked according to their per 90 min averages. In this analysis, the Comparisonator team used the Parameters League feature of the Platform.
Please note that all numbers are per 90 min data from the 2022 Season So Far.

In the Ball Recoveries in the Opponent Half parameter, Fredrik Jensen is in the first place with a stat of 2.87 per 90 min. He is followed by Amidou Diop (2.72) from Kristiansund BK and Serge-Junior Ngouali (2.39) from Sarpsborg 08 FF.

Noah Jean Holm from Rosenborg BK is the best in the league in this parameter, with 7.3 Aerial Duels Won per 90 minutes. Pål Alexander Kirkevold (6.62) from Hamarkameratene is in second place and Tobias Lauritsen (6.38) from Odds BK is in third place.

Aral Simsir is the best player in the league in this parameter, with 7.7 Successful Dribbles per 90 minutes. Tromsø IL’s August Mikkelsen (4.47) is in 2nd place, while Osame Sahraoui from Vålerenga Fotball (4.25) is in 3rd place.

In the Successful Key Passes parameter, Zlatko Tripić is in the first place with a stat of 3.04 per 90 min. He is followed by Niklas Sandberg (2.01) from Viking FK and Jonathan Lindseth (1.39) from Sarpsborg 08 FF.

In the Shots Saved Percentage parameter, Mads Christiansen is in the first place with a stat of %83 per 90 min. He is followed by Anders Kristiansen (%77) from Sarpsborg 08 FF and Viljar Myhra (%77) from Strømsgodset.

The Comparisonator team analysed the best U23 players in selected parameters of the Morocco Botola Pro in the 2022-23 Season So Far. Our team of recruitment analysts dived into Moroccan current season, selected 5 different positions, listed top 5 U23 leaders in each...

END_OF_DOCUMENT_TOKEN_TO_BE_REPLACED 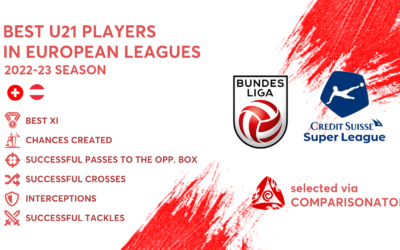 Comparisonator team analysed the best U21 players in selected parameters of the Best U21 Players in European Leagues, contunuied the series with Austria & Switzerland in 2022-23 Season Comparisonator analysts utilized “Recruitment Shop” feature with the below...

END_OF_DOCUMENT_TOKEN_TO_BE_REPLACED 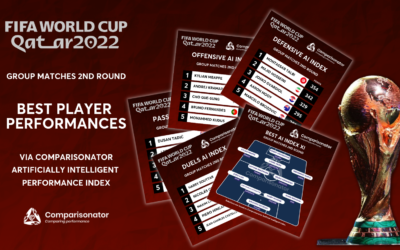