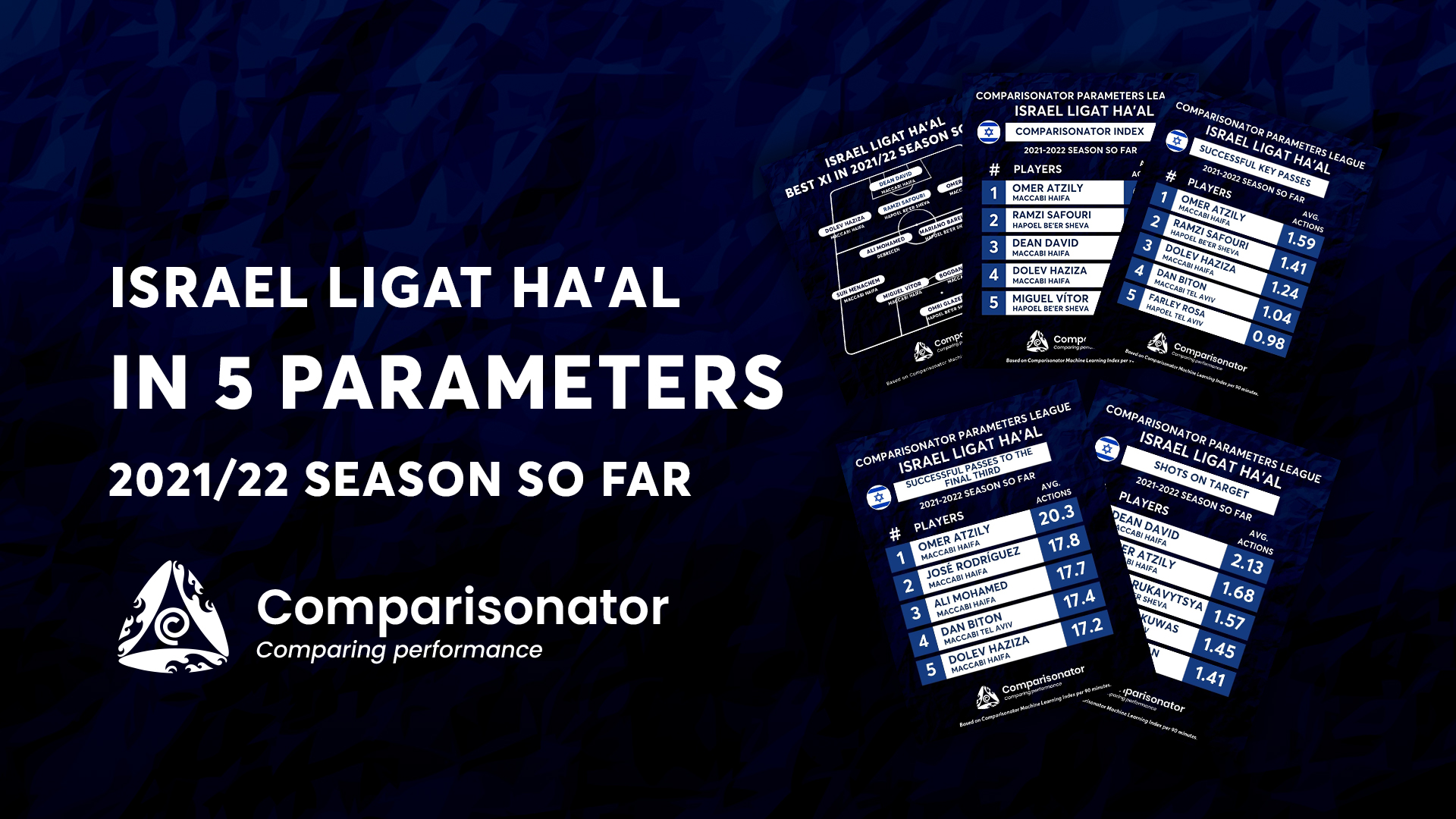 The Comparisonator team analysed the best players in selected parameters & Best XI of the Israel Ligat ha’Al in the 2021/22 Season so far.
The best 5 players ranked in the selected parameters based on the matches played so far this season. These players ranked according to their per 90 min averages. In this analysis, the Comparisonator team used the Parameters League feature of the Platform.
Best XI of Israel Ligat ha’Al is based on Comparisonator Machine Learning Index.
Please note that all numbers are per 90 min data from the 2021-22 season so far.

In the “Comparisonator INDEX Points” analysis, which is calculated according to the statistical performance of the players this season; Omer Atzily from Maccabi Haifa became the best player in the league with 626 points per 90 minutes.

Omer Atzily is the best player in the league in this parameter, with 20.3 Successful Passes to Final Third per 90 minutes. Maccabi Haifa’s José Rodríguez (17.8) is in 2nd place, while Ali Mohamed from Maccabi Haifa (17.7) is in 3rd place.

In the Successful Key Passes parameter, Omer Atzily is in the first place with a stat of 1.59 per 90 min. He is followed by Ramzi Safouri (1.41) from Hapoel Be’er and Dolev Haziza (1.24) from Macciba Haifa.