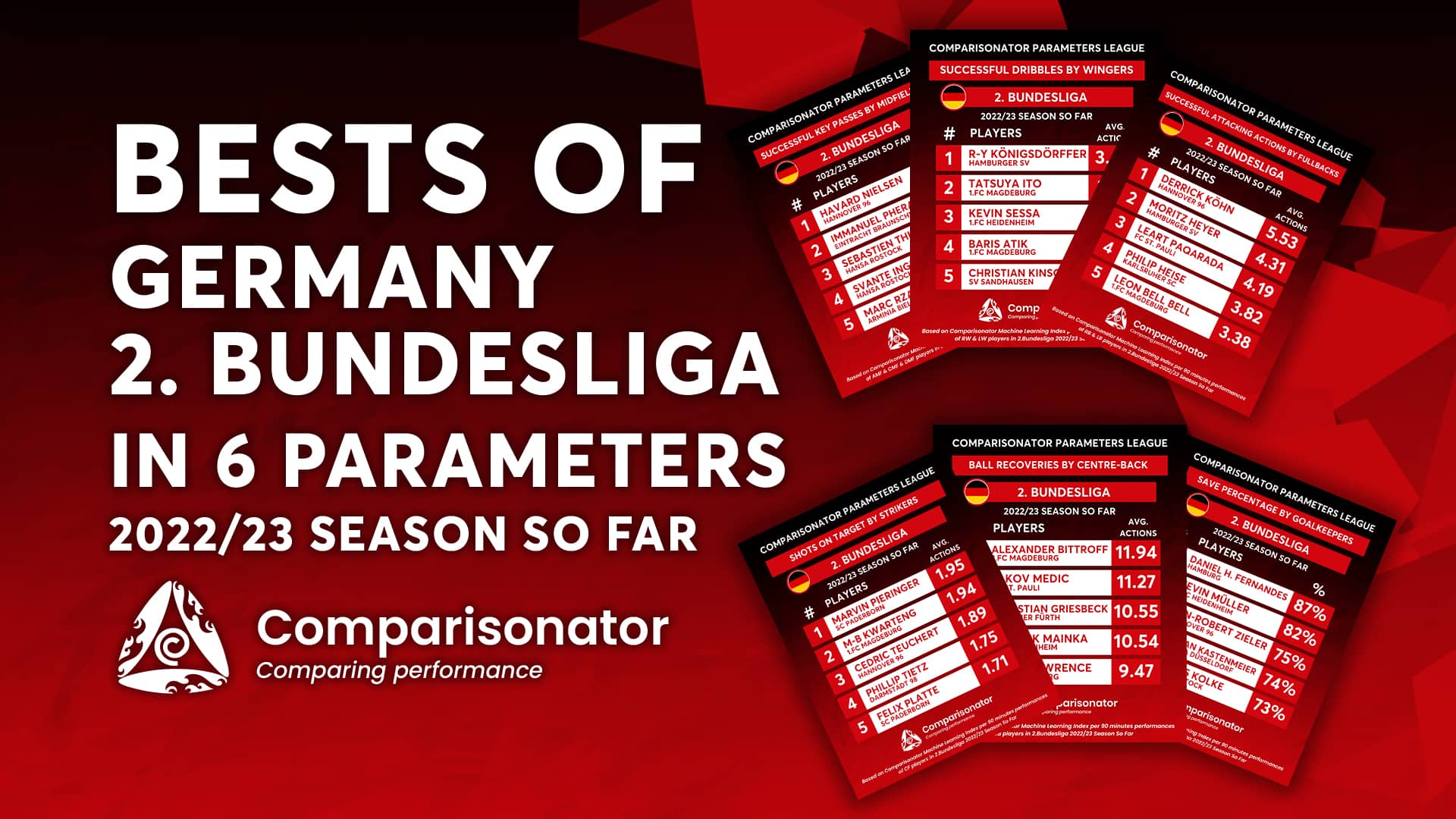 The Comparisonator team analysed the best players in selected parameters of the Germany 2. Bundesliga in the 2022/23 Season So Far.

Best Players of Germany 2. Bundesliga in Their Positions in Selected Parameters

In the Saves Percentage parameter by Goalkeepers, Daniel H. Fernandes is in the first place with a Save Percentage of 87%. He is followed by Kevin Müller (82%) from 1.FC Heidenheim and Ron-Robert Zieler (75%) from Hannover 96.

Derrick Köhn from Hannover 96 is the best in the league in this parameter by Fullbacks, with 5.53 Successful Attacking Actions per 90 minutes. Moritz Heyer (4.31) from Hamburger SV is in second place and Leart Paqarada (4.19) from FC St. Pauli is in third place.

Havard Nielsen is the best player in the league in this parameter by Midfielders, with 1.07 Successful Key Passes per 90 minutes. Eintracht Braunschweig’s Immanuel Pherai (0.98) is in 2nd place, while Sebastien Thill from Hansa Rostock (0.89) is in 3rd place.

Successful Dribbles parameter by Wingers, Ransford-Yeboah Königsdörffer is in the first place with a stat of 3.46 per 90 min. He is followed by Tatsuya Ito (3.31) from 1.FC Magdeburg and Kevin Sessa (3.1) from 1.FC Heidenheim.

Shots on Target parameter by Strikers, Marvin Pieringer is in the first place with a stat of 1.95 per 90 min. He is followed by Moritz-Broni Kwarteng (1.94) from 1.FC Magdeburg and Cedric Teuchert (1.89) from Hannover 96.