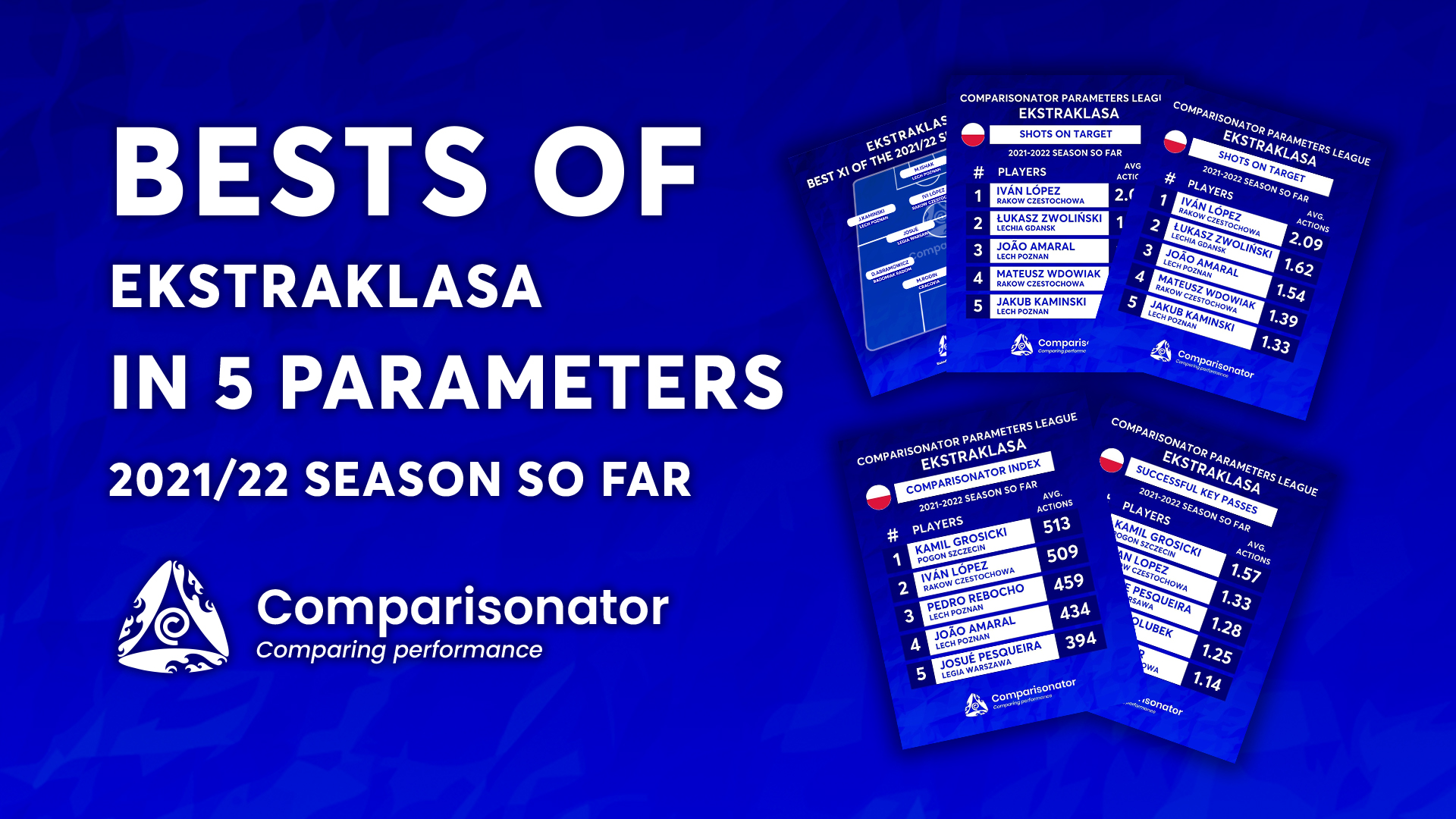 Comparisonator team analysed the best players in selected parameters & Best XI of the 🇵🇱 Poland Ekstraklasa in 2021/22 Season so far.

Best 5 players ranked in the selected parameters based on the matches played so far this season. These players ranked according to their per 90 min averages. In this analysis, Comparisonator team used Parameters League feature of the Platform.

Best XI of Ekstraklasa is based on Comparisonator Machine Learning Index.

In the “Comparisonator INDEX Points” analysis, which is calculated according to the statistical performance of the players this season; Kamil Grosicki from Pogon Szczecin became the best player in the league with 513 points per 90 minutes.

In the Shot Assist parameter, Iván López from Rakow Czestochowa is leading with 2.28 per 90 minutes. Josué Pesqueira is second with 2.15 Shot Assists per 90 minutes, while Kamil Grosicki & Damian Kadzior are both on third place with 2.02 Shot Assists.

Iván López from Rakow Czestochowa is the best in the league in this parameter, with 2.09 Shots on target per 90 minutes. Lukasz Zwolinski (1.62) from Lechia Gdansk is second and Amaral (1.54) from Lech Poznan is in third place.

Josué Pesqueira is the best player in the league in this parameter, with 29  Successful Passes to Final Third per 90 minutes. Lech Poznan’s Joel Pereira (20) is in 2nd place, while Pedro Rebocho from Lech Poznan (18.6) is in 3rd place.

Kamil Grosicki is the best player in the league in this parameter, with 1.57  Successful Key Passes per 90 minutes. Rakow Czestochowa’s Ivan Lopez (1.33) is in 2nd place, while Josue Pesqueira from Legia Warsawa (1.28) is in 3rd place.