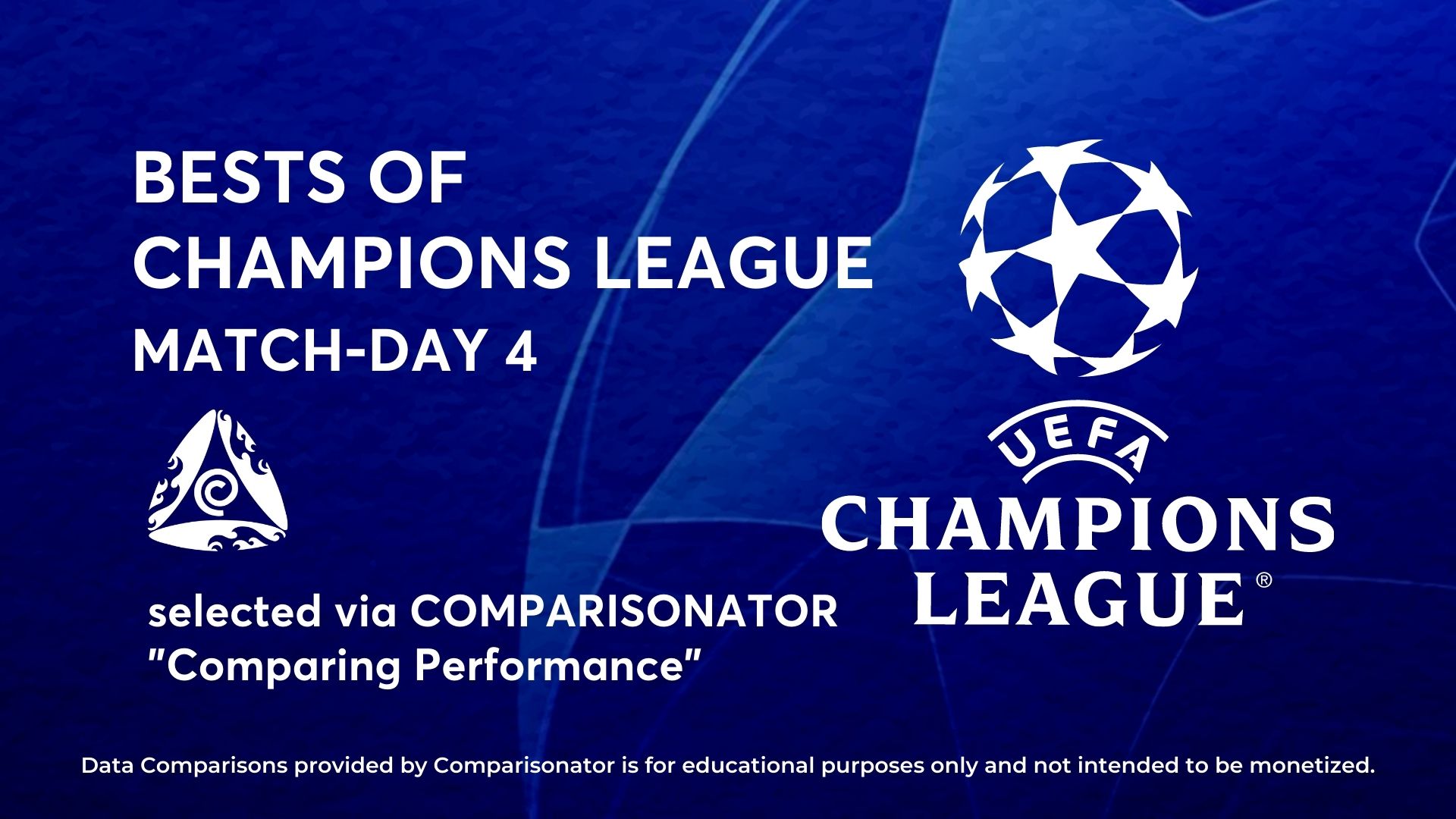 The Comparisonator team compared the Champions League team’s and player’s performances in Matchday 4 of the group stage in selected parameters per match data.

Comparisonator is a data comparison platform that allows clubs & player agencies & newsmakers to compare team and player performances across all competitions.

When you click on the below images, they will be opened in a new window that can be shared on social media accounts and used in articles for free. We would appreciate if you could just mention “Based on Comparisonator Platform”

The most successful players in the “successful dribbles” parameter are Ruben Loftus-Cheek (Chelsea) and Mohamed Salah (Liverpool), both succeeded in 9 dribbles in the 4th match-day.

Two teams reached more than 40 “successful attacking actions” per match, at the 4th match-day of the Champions League group stage; Inter (46) and Chelsea (42), followed by Juventus (38).

On matchday 4 of The Champions League group stage, Bayern Munich is the leader in 4 offensive parameters; goals scored (5), assists (5), shot assists (18), and shots on target (13).

On the “shots on target” parameter, Chelsea is second with 12 and Inter is third with 10.