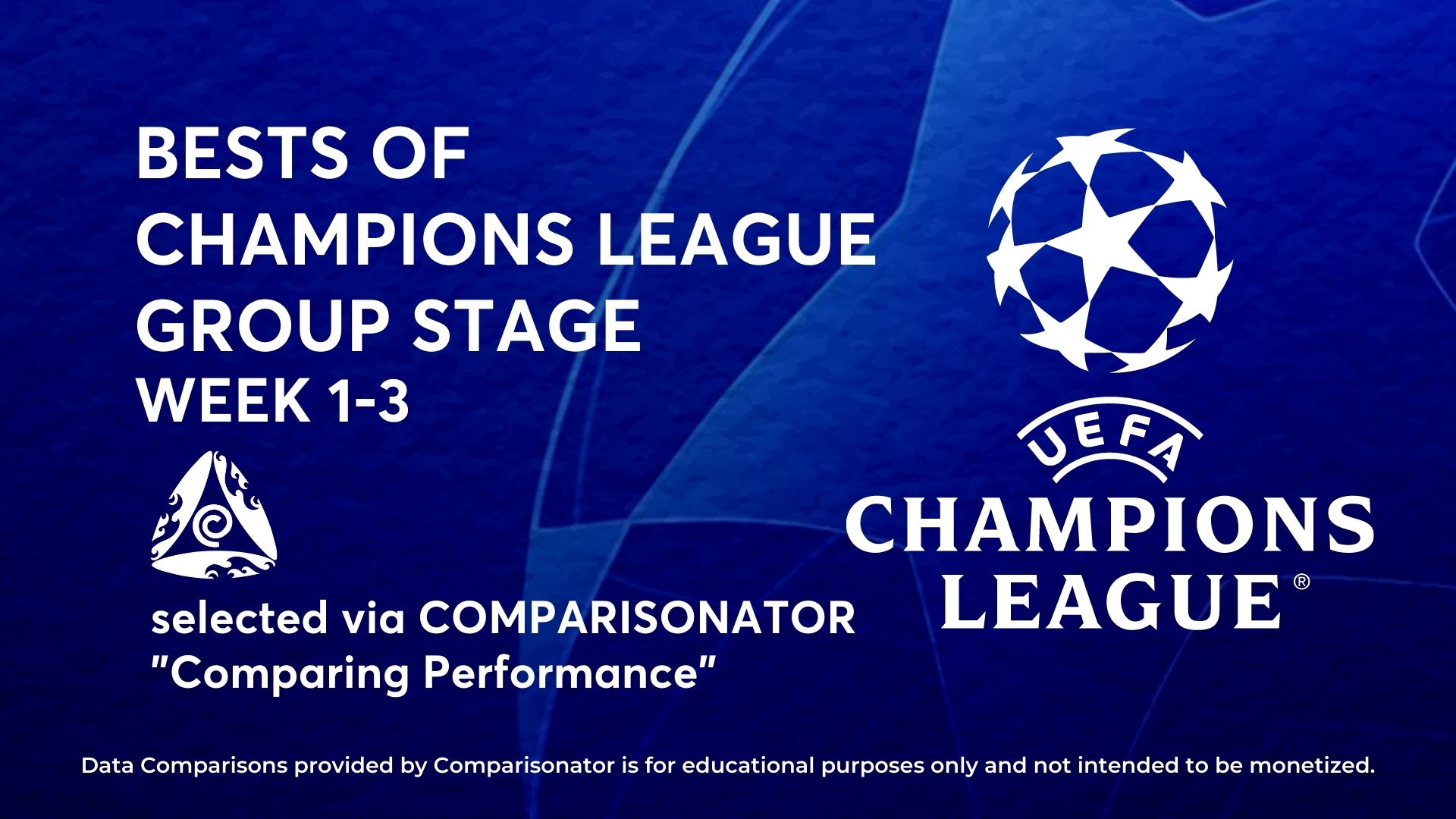 The Comparisonator team compared the Champions League Teams’ & Players’ performances in the first 3 matches of the group stage in selected parameters.

When you click on the below images, they will be opened in a new window that can be shared on social media accounts and used in articles for free.

In the first three matches, Bayern Munich is the most goal-scored team with 4 goals per match.

Real Madrid and Ajax are second, and Chelsea is third.

Two Portuguese teams, Benfica and Sporting are in 4th place.

Real Madrid is the leader of the “attacking actions” parameter with 73 per match, 219 in total.

Ajax is second with 69 attacking actions per match.

Liverpool, Bayern Munich, and Inter are other teams in the first five.

The team with the most “shots on target” is Liverpool with 9.33 per match, ahead of another English team Manchester City.

Real Madrid, Ajax, and Bayern Munich are above 8 shots on target per match.

In players Parameters League the best player in “successful attacking actions” is Brahim Diaz from Milan with 9.94 per match.

Erik Lamela from Sevilla is second and Jamal Musiala is third in this parameter.

Palomino from Atalanta and Varane from Manchester United are the first two players of the “interceptions” parameter with over 11 per 90 minutes.

RB Salzburg player Omar Solet is third and another player from Atalanta, Djimsiti is in the first five with Marquinhos from PSG.

RB Salzburg’s Adeyemi is the leader of “shots on target” with 3.28 per 90 minutes.