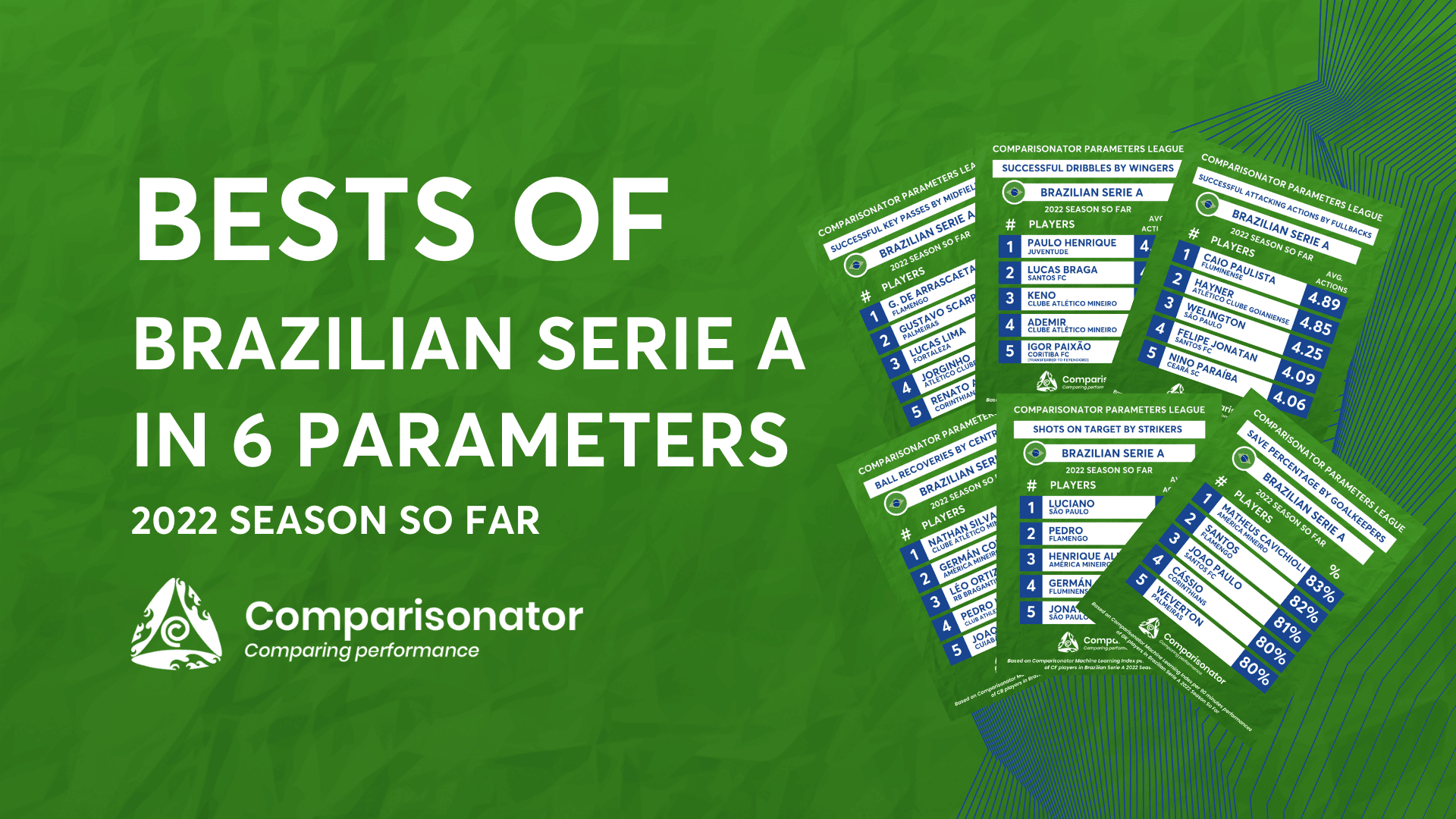 The Comparisonator team analysed the best players in selected parameters of the Brazilian Serie A in the 2022 Season So Far.

Please note that all numbers are per 90 min data from the 2022 Season So Far.

In the Saves Percentage parameter by Goalkeepers, Matheus Cavichioli is in the first place with a Save Percentage of 83%. He is followed by Santos (82%) from Flamengo and Joao Paulo (81%) from Santos FC.

Caio Paulista from Fluminense is the best in the league in this parameter by Fullbacks, with 4.89 Successful Attacking Actions per 90 minutes. Hayner (4.85) from Atlético Clube Goianiense is in second place and Welington (4.25) from São Paulo is in third place.

Giorgian de Arrascaeta is the best player in the league in this parameter by Midfielders, with 1.33 Successful Key Passes per 90 minutes. Palmeiras‘ Gustova Scarpa (1.1) is in 2nd place, while Lucas Lima from Fortaleza (1) is in 3rd place.

Successful Dribbles parameter by Wingers, Paulo Henrique is in the first place with a stat of 4.58 per 90 min. He is followed by Lucas Braga (4.29) from Santos FC and Keno (4.27) from Clube Atlético Mineiro.

Shots on Target parameter by Strikers, Luciano is in the first place with a stat of 1.39 per 90 min. He is followed by Pedro (1.34) from Flamengo and Henrique Almeida (1.3) from América Mineiro.