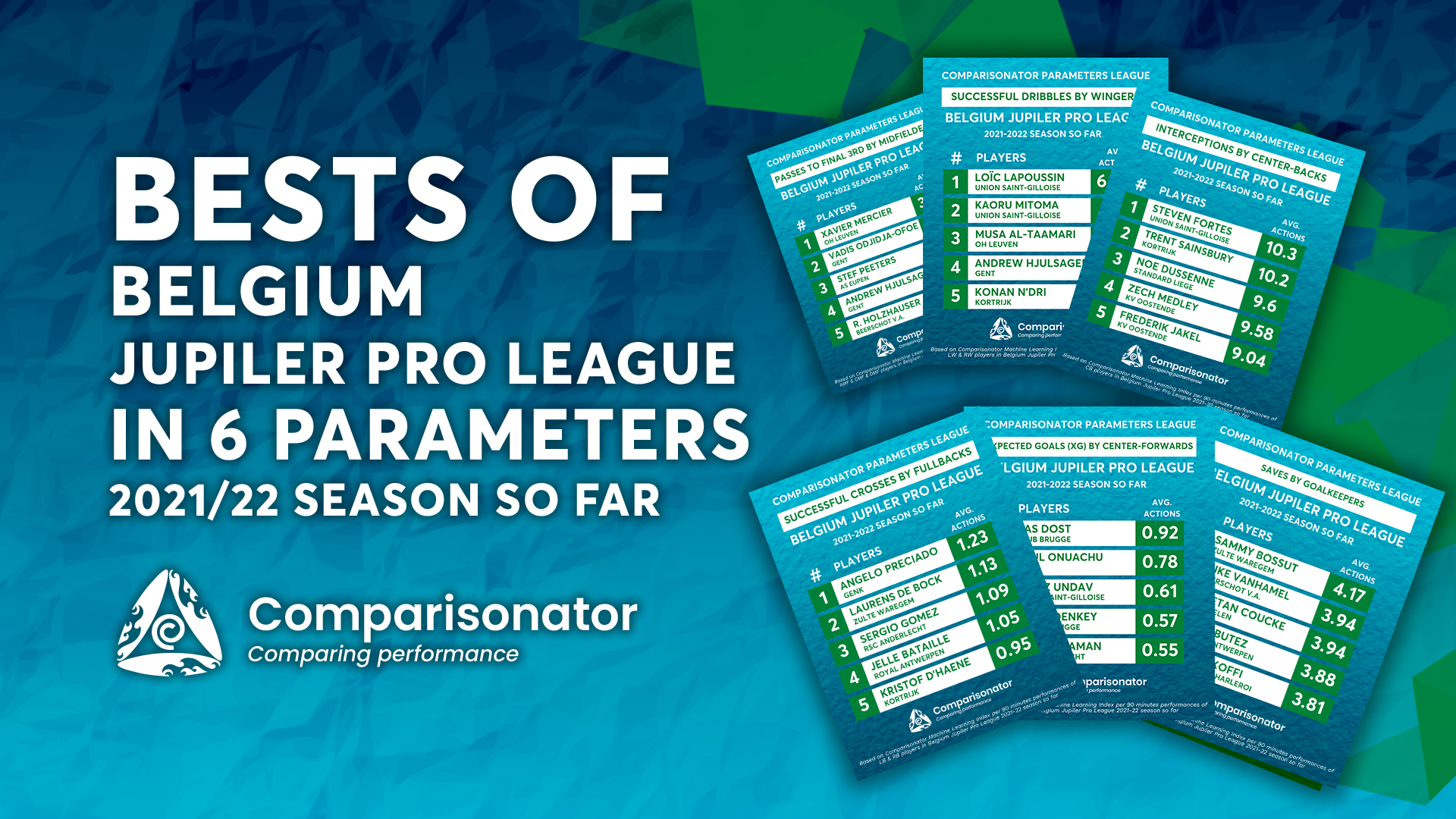 The Comparisonator team analysed the best players in selected parameters of the Belgium Jupiler Pro League in the 2021/22 Season So Far.
The best 5 players ranked in the selected parameters based on the matches played so far this season. These players ranked according to their per 90 min averages. In this analysis, the Comparisonator team used the Parameters League feature of the Platform.
Please note that all numbers are per 90 min data from the 2021/22 Season So Far.

Passes to Final Third by Midfielders

In the Passes to Final Third parameter by Midfielders, Xavier Mercier is in the first place with a stat of 34.5 per 90 min. He is followed by Vadis Odjidja-Ofoe (30) from Gent and Stef Peeters (28.6) from AS Eupen.

Angelo Preciado from Genk is the best in the league in this parameter by Fullbacks, with 1.23 Successful Crosses per 90 minutes. Laurens De Bock (1.13) from Zulte Waregem is in second place and Sergio Gomez (1.09) from RSC Anderlecht is in third place.

Expected Goals (xG) parameter by Strikers, Bas Dost is in the first place with a stat of 0.92 per 90 min. He is followed by Paul Onuachu (0.78) from Genk and Deniz Undav (0.61) from Union Saint-Gilloise.

Steven Fortes is the best player in the league in this parameter by Centre-Back, with 10.3 Interceptions per 90 minutes. Kortrijk’s Trent Sainsbury (10.2) is in 2nd place, while Noe Dussenne from Standard Liege (9.6) is in 3rd place.

In the Saves parameter by Goalkeepers, Sammy Bossut is in the first place with a stat of 4.17 per 90 min. He is followed by Mike Vanhamel (3.94) from Beerschot V.A. and Gaetan Coucke (3.94) from Mechelen.