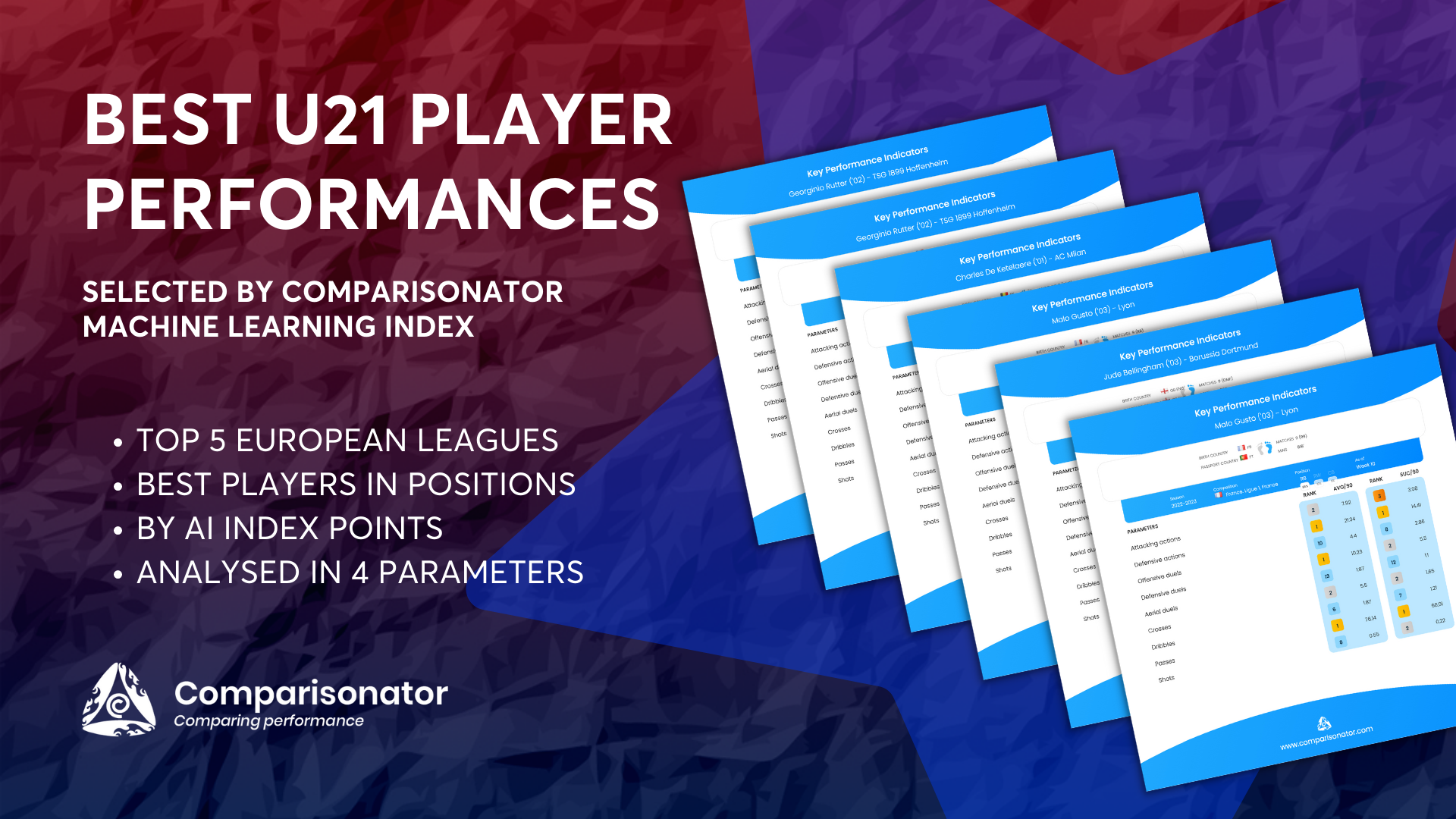 Comparisonator machine learning algortihm is analysing player performances in 271 leagues across the world in more than 300 parameters.

Comparisonator recruitment analysts studied U21 players in the top 5 European leagues in their positions with their 4 prominent parameters.

It is not easy to be the best in any parameter among great football players in the top 5 European Leagues. Still, indeed, these players achieved this outstanding performances and were able to be among the bests in their positions.