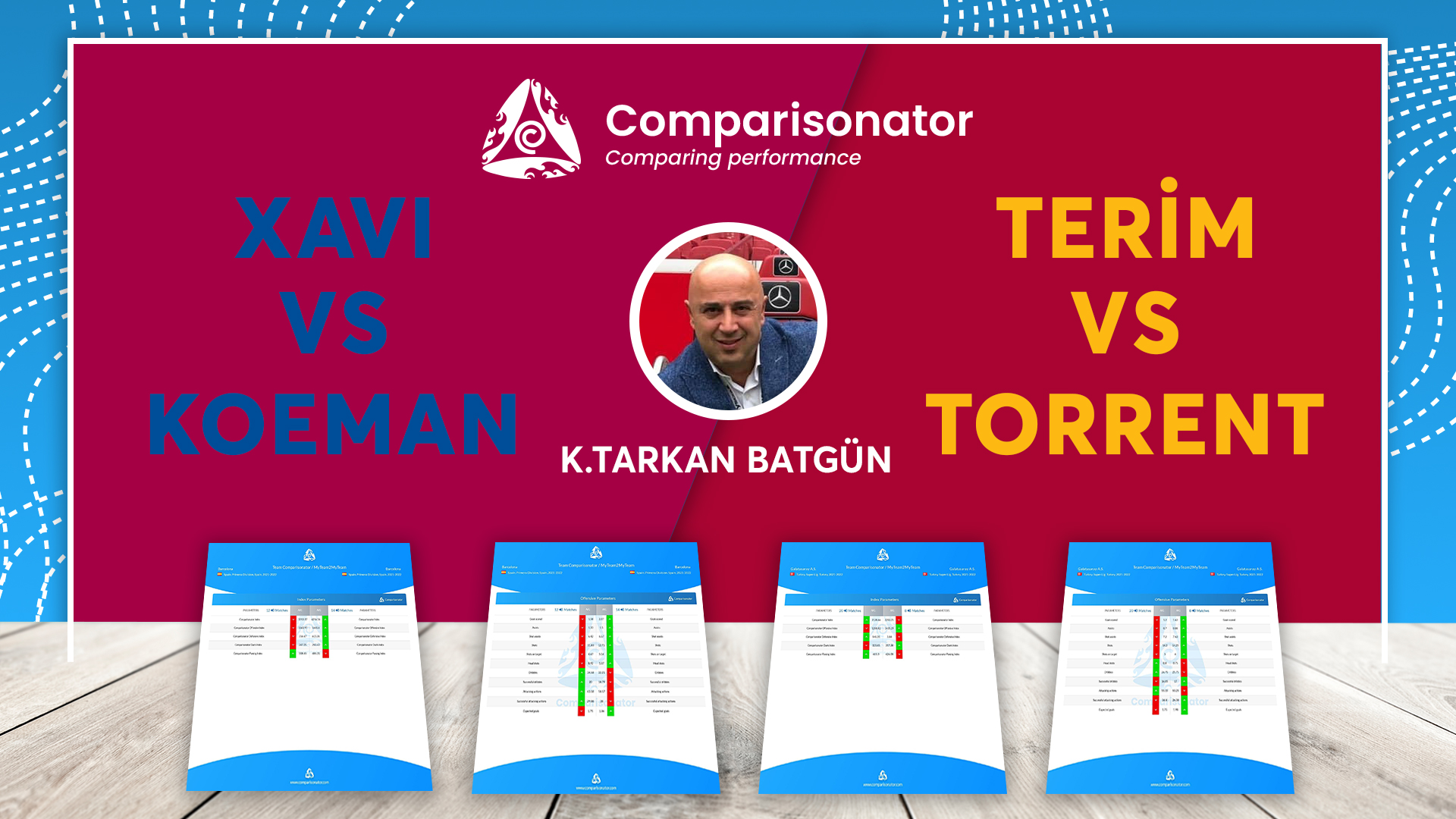 Terim vs Torrent
Gala started the season and formed the team with lesser budget compared to former seasons. Due to the fact that new president Burak Elmas was fairly financially conscious about the entire club operations and he acted immediately after his arrival. Although he still spent nearly 10 million euros for Cicaldau and Morutan from Romania. I will separately measure their performance in Romania vs Turkiye. The team was indeed formed by Terim’s scouting squad. Torrent arrived after Hatayspor game and was in charge of the 8 games with 4 losses-2 wins-2 draws.

Overall, Terim’s Gala was better compared to Torrent’s current Gala. Although one would think Torrent would have been able to produce more passing games. This did not happen as yet, considering the data of 8 games. Torrent is still far behind in almost all passing parameters.

Barca vs Gala
All types of parameters indicate Barca as favourites. However Galatasaray plays much more ambitious in European tournaments.