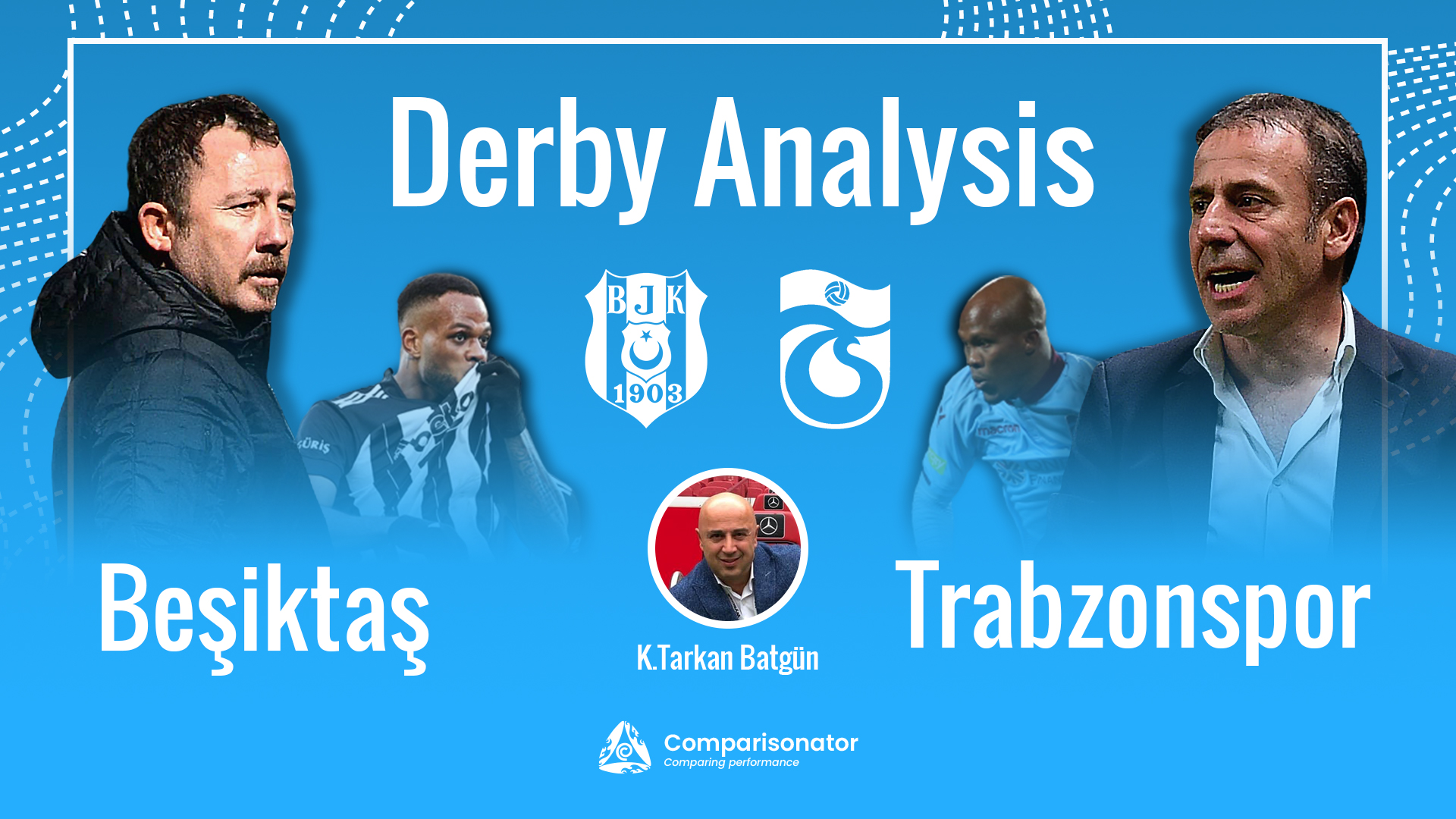 Stats Show “The Eagle is Flying”

You may say that Tarkan Batgün is saying the same things over and over again. Yes, it is true. To know the derby score, you have to know the inner world of all football players on the morning of that day. What we are trying to do with data and algorithms is to compare both sides to find advantages and disadvantages mathematically; it’s kind of doing a SWOT analysis. Actually, this is an economic term investigating the strengths and weaknesses of businesses. We are trying to draw conclusions from numbers by applying this particular science to football, reflecting what the eye cannot see.

According to the comparison platform data, the pointer reflects Beşiktaş victory. What Head Coach Sergen does best is to successfully move the ball to the opponent’s 3rd zone within the shortest time. Bringing the ball into opposition third parameter leadership belong to Besiktas.

The domination after the ball reaches the attacking 3rd is again in the domination of Black & White Eagles. In goals scored per game, they are the first with 2.35 per match scoring; in assists with a 1.5, first spot in the league. In successful passes with an average of 448 per match, the championship belongs to the Eagle with these parameters.

Trabzonspor, on the other hand, performs below the middle ranks in attacking figures. Despite being the league champions with successful dribbles in wing attacks, they are still not able to succeed in accurate crosses. They are almost at the bottom of the league in the balls lost while trying to take the ball to opposition half. The goals they conceded show the malfunction in this section. The most important attribute of Trabzon’s head coach Avci was the accurate pass rates. Although the coach is gradually getting there and being the former coach of Besiktas, this may affect the situation.

In offensive parameter comparisons, Beşiktaş has significant advantages over Trabzonspor compared to the average per game. For shot assists, Black Sea Storm responded to the Eagles’ average of 8.65 with 6.7, while the accurate shot rates were 20% in favour of Eagles. In the xG algorithm that predicts the goal, Beşiktaş points 1.84 while Trabzonspor points 1.18.

Black Sea Storm loses less ball than Beşiktaş and plays with a 3% advantage in total successful defensive actions. But Eagles, on the opponent field, outperforms Storm with 8% in ball gain and total ball gains. Considering that Trabzonspor gave away the most goal positions while trying to build up an attack from their own half, this is a weak link of Storms

Key passes parameter shows the creativity and fine craftsmanship on the road to victory. Here, Beşiktaş is 18% ahead of Trabzon. This is how Sergen Yalçın’s success in bringing the ball to the wing happens and as a result of the key passes to the far corners produces accurate crosses with the rate of 34% ahead of Trabzonspor.

There is more or less equality between the offensive and defensive duels won. So, direct play in both teams is noticeable. Eagle has the upper hand in the air duels won parameter. The positive side of the storm lays in 1 vs 1 pressure. So if they get the ball while pressuring Besiktas in their own half, they have a chance to score by this way.

Successful dribbles, offensive 1 vs 1 won and successful through passes are the strengths of the Storm. Their defensive line is not so easily defeatable but headshots and shots on goal averages are low. Most goals they conceded are coming from ball losses in their own half which turned into shots against them in less than 20 seconds. Their crosses on target ratio is very low.

Black Eagle is in the top four places in the league in all offensive parameters (14). They are within the top 3 teams in Turkish Super League in aerial duels won parameter. The hit rate of the accurate crosses is a mid-table rank but it is developing match by match. They have high ball losses in general, their ball losses in their defensive lines are pretty high but the defensive performance is above average. They are at the bottom of the Turkish super league in long balls on target.

Nwakaeme’s most important advantage is his overwhelming superiority over Larin in both the passing game and the defensive game. Nwakaeme is ahead in all defensive parameters (total 22) and all passing parameters (total 20). But when it comes to goal scoring elements, Larin’s superiority is obvious. He ranks first in the league by converting more than 50% of goal chances into goals. He is again within the top five ranks in the goal expectation parameter. Larin has an obvious advantage in air duels won. But if the ball is on the ground, the champion is Nwakaeme. 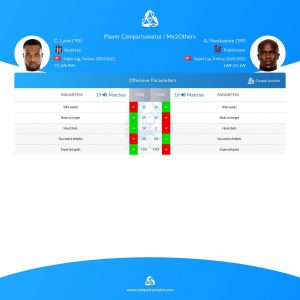 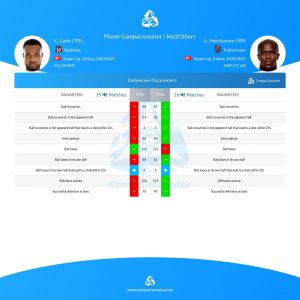 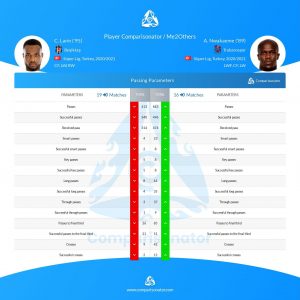 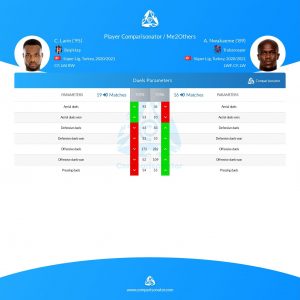