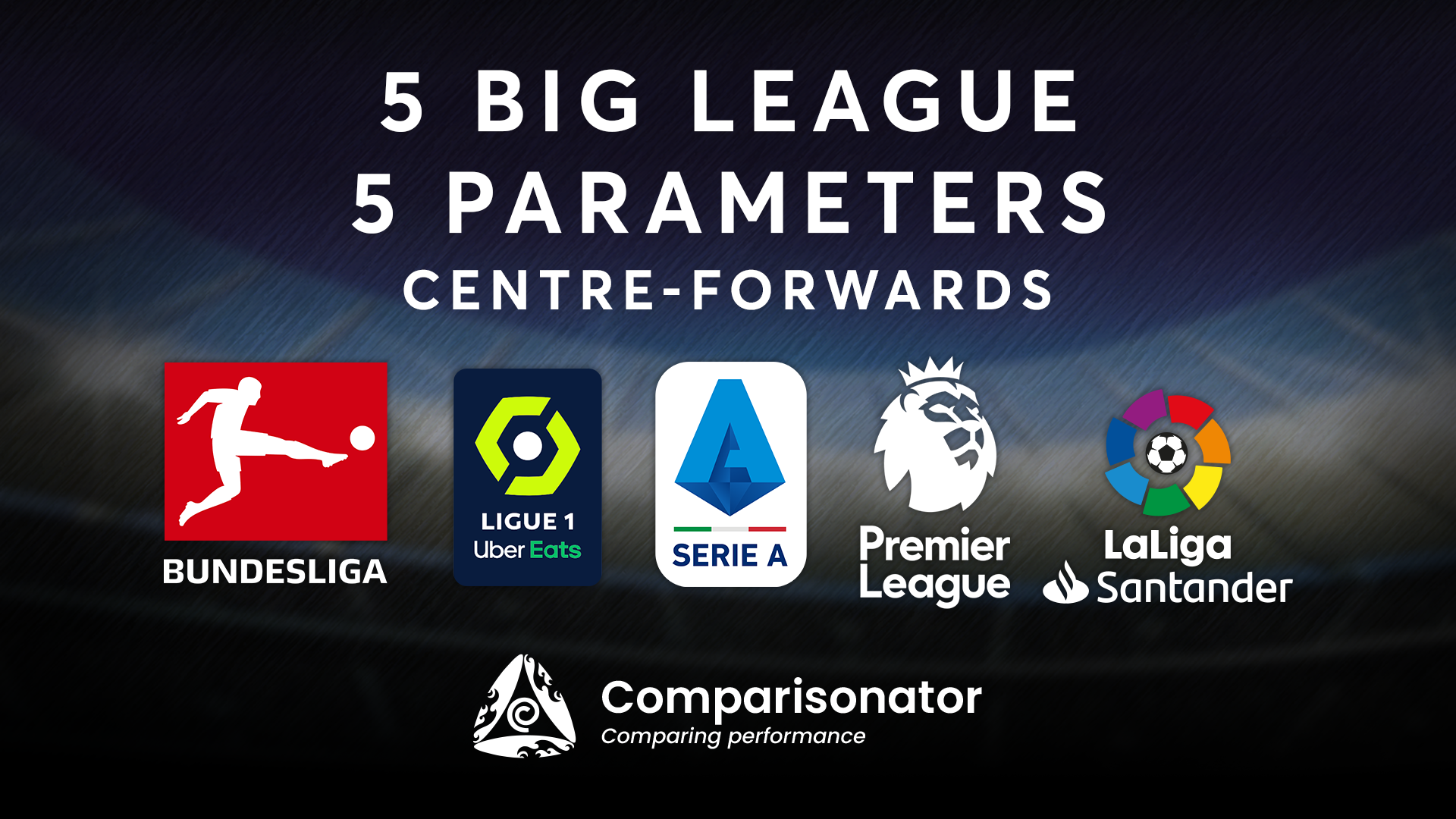 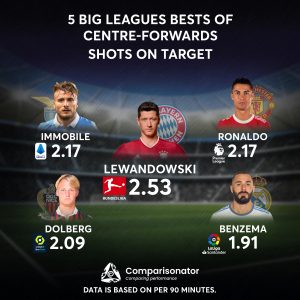 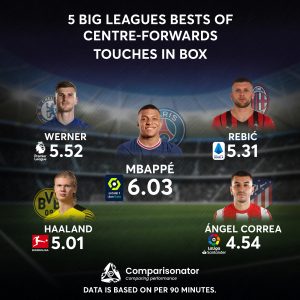 The “Touches in Box” parameter leader is Mbappe from PSG, 6.03 per 90 minutes. Timo Werner, Rebic and Haaland’s averages are above 5 and they are the best of their leagues. 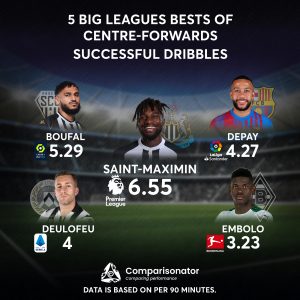 Comparisonator indicates that Newcastle United’s centre-forward Saint-Maximin is leading in European 5 big leagues with 6.55 “successful dribbles” per 90 minutes. Boufal is the leader of Ligue 1, and Barcelona player Depay’s 4.27 average is the best in LaLiga. 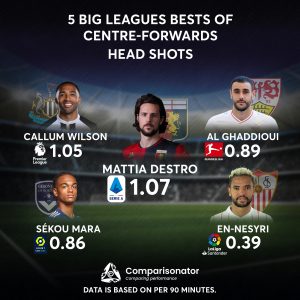 Most “Headshots” came by Mattia Destro from Italy Serie A team Genoa, 1.07 per 90 minutes. The other league leader above 1 average headshot is Newcastle United player Callum Wilson, from Premier League. 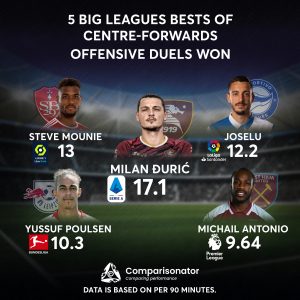 In the “Offensive Duels Won” parameter, Salernitana forward Milan Djuric, leader of 5 big leagues in Europe with 17.1 per 90 minutes. The closest player to Djuric is Steve Mounie, leader of Ligue 1 from Stade Brestois 29.