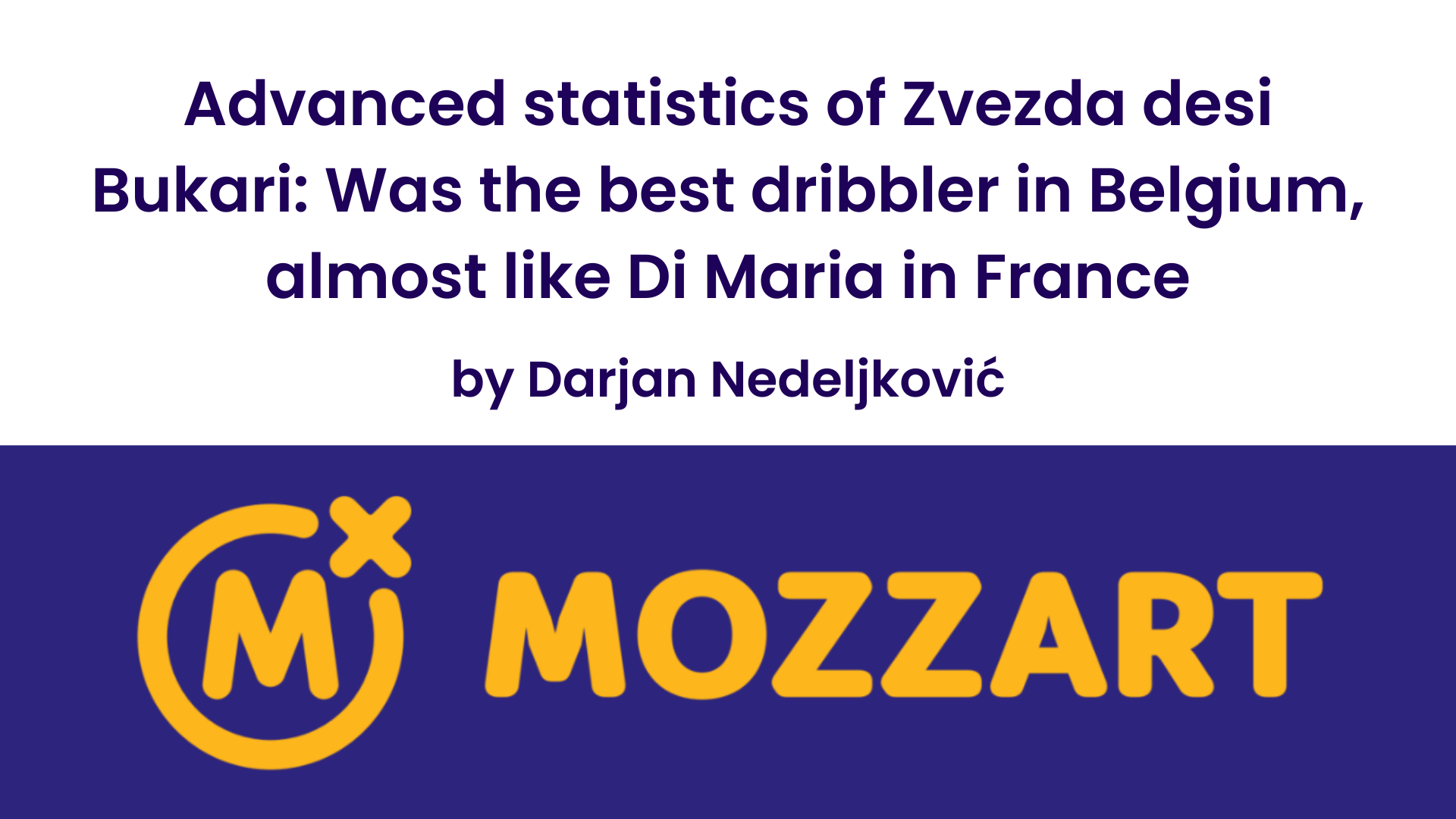 Comparisonator » Blog » Advanced statistics of Zvezda desi Bukari: Was the best dribbler in Belgium, almost like Di Maria in France

Advanced statistics of Zvezda desi Bukari: Was the best dribbler in Belgium, almost like Di Maria in France

The sports sector of Crvena zvezda is clear in its opinion that Osman Bukari, the winger of Ghent, last season on loan in French Nantes, would be a capital reinforcement in the fight for a place in the Champions League. They believe at the Maracana that the Ghana representative would bring the much-needed speed and give a new dimension to Dejan Stanković’s team. Concrete steps are being taken so that the boy, who played at the Maracana in November 2020, could be photographed in Zvezdia’s equipment as soon as possible.

Crvena zvezda has to pay serious compensation for a guy who played 24 games for Nantes this season, scored two goals and registered four assists. The African born in 2000 was not standard in the Canaries jersey, but the comparisonator platform data shows that he should live up to expectations in the Red Star jersey.

First of all, when it comes to dribbling and assists. In the 2020/21 season. when Crvena zvezda and Gent met in the group stage of the Europa League, Bukari fully asserted himself. He was one of the most important players of Poglavic, which was seen in the Belgrade match when he contributed to the total offensive of the Belgian club by entering the final. In the aforementioned season, Bukari was third on the list of the best dribblers in the second UEFA competition.

At that time, only Jeremy Fripong from Bayer Leverkusen and Luka Ivanušec from Croatian Dinamo were in front of the potential reinforcement of Red Star. With 4.03 successful dribbles per match, Bukari was, for example, ahead of Young Boys’ Ngamelu (also known to Red Star fans) and Villarreal’s Samuel Chukweze.

In that season, according to the data of the comparisonator application, which relies on Instat data, he was the best dribbler in the Belgian Pro League. On average, he cheated his opponent 5.13 times per match, and had a better average than Musa Al Tamari from Leuven.

Moving to a higher level of football, namely to League 1, did not change anything significantly when it comes to Osman Bukari’s advanced statistics. And in France, he is among the best players of the elite level when it comes to dribbling and assists.

When it comes to dribbles, Bukari is in 11th place if we filter out players from the offensive part of the maneuver. Lionel Messi is undisputed with 4.26 successful dribbles per game. The potential Zvezda winger is almost on the same level as PSG’s second ace, Angel Di Maria.

The Argentine had 2.93 successful dribbles per game, while Bukari made 2.56, which earned him 11th place in that category.

He is even better when it comes to assists. Only Lionel Messi is ahead of him with 0.53 passes per game. The young African is in second place with 0.47.

It is interesting to compare Osman Bukari and the player who should be his direct competition, El Fardu Ben, when it comes to the double match between Red Star and Gent.

Both played 90 minutes in Belgrade. Much more active was Bukari, as a wing of Gent. For example, Bukari had 4.42 successful dribbles, in contrast to Ben, who never cheated his rival.

Bukari had 10.49 offensive actions. Ben was much tighter at 1.65. However, there are parameters that favor the representative of the Comoros Islands. Ben made a big contribution in the mentioned match in the defensive. He had 3.84 won balls in the double match against Gent, while Bukari stopped at 1.1. The Ghana representative lost as many as 9.39 balls, but none in his own half.